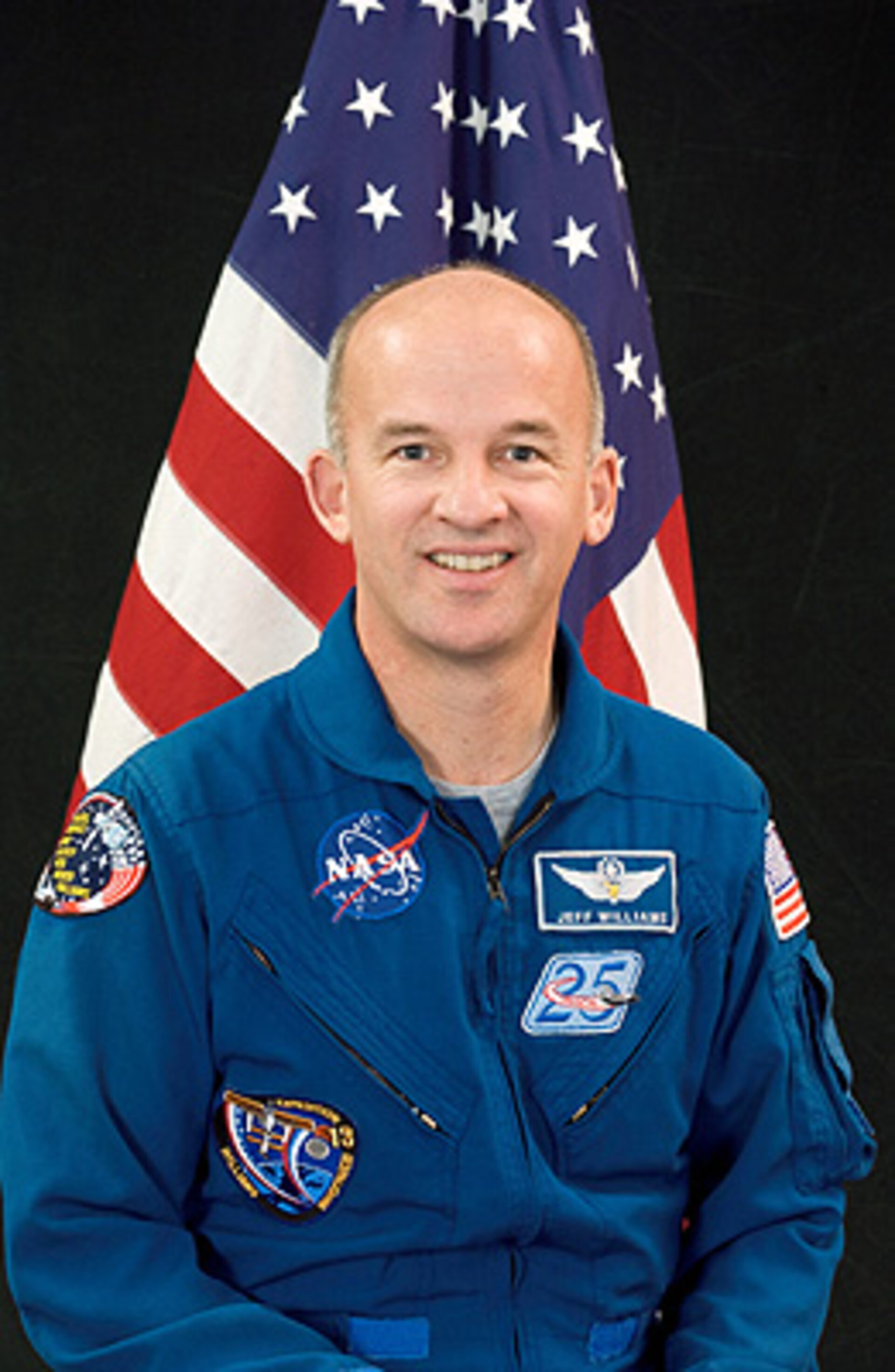 Born on 18 January 1958, NASA astronaut Jeff Williams is married and has two sons.

Jeff became a US Army aviator in 1981. He had an army assignment at the Johnson Space Center, Houston, USA, as a Shuttle launch and landing operations engineer, and pilot until 1992.

After graduation from US Naval Test Pilot School in June 1993, he served as an experimental test pilot at Edwards Air Force Base, California.

Jeff was selected by NASA for astronaut training in May 1996. He is a veteran of two spaceflight missions. From 19 to 29 May 2000 he was a member of the STS-101 assembly mission and from 29 March to 28 September 2006, Williams served as a Flight Engineer of Expedition 13. During these two missions Williams performed three spacewalks.

He launched to the International Space Station on Soyuz TMA-16 on 30 September 2009 with Russian cosmonaut Maxim Suraev.