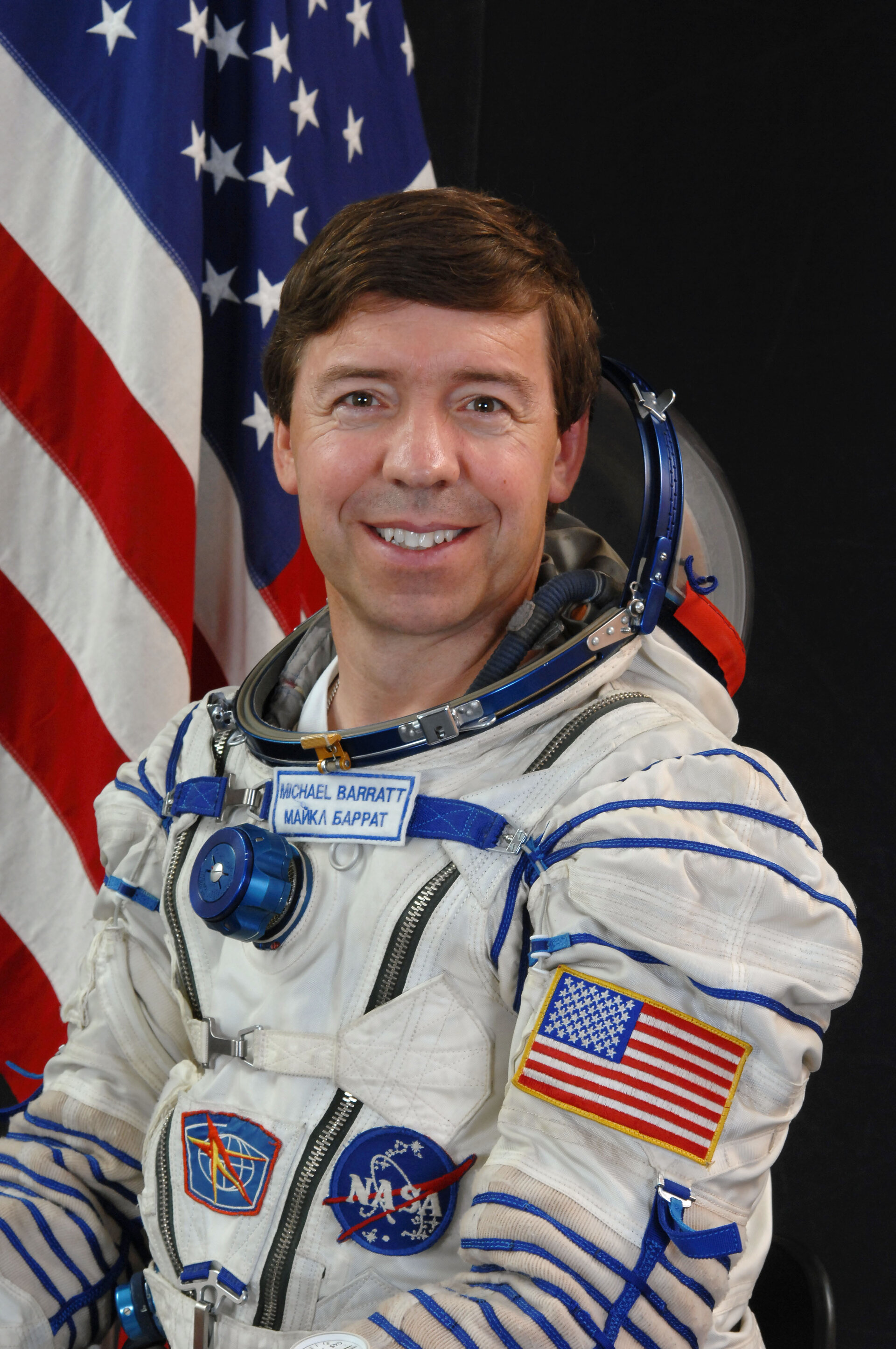 This was NASA astronaut Michael Barratt’s first space mission. Born on 16 April 1959, Michael is married and has five children.

In 1992 he was assigned as NASA Flight Surgeon working in Space Shuttle Medical Operations, and in 1994 on the joint US/Russian Shuttle – Mir Program.

From July 95 through July 98, he served as Medical Operations Lead for the International Space Station and thereafter served as lead crew surgeon for the first Expedition Crew until selected as an astronaut candidate.