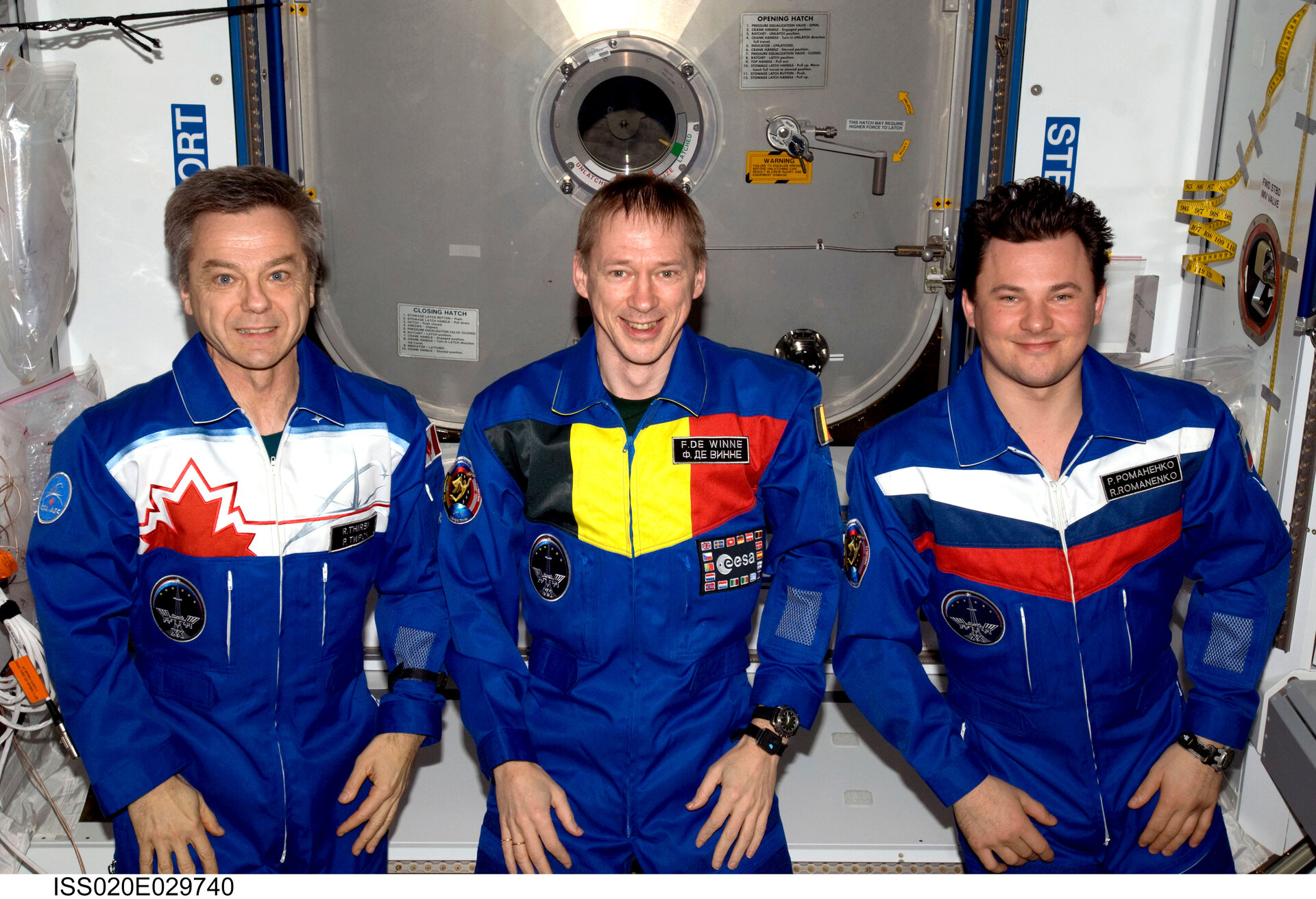 ESA astronaut Frank De Winne and his crewmates Roman Romanenko and Bob Thirsk will be on tour in Europe to present highlights of their historic mission.

Belgian ESA astronaut Frank De Winne, Russian cosmonaut Roman Romanenko and Canadian Space Agency astronaut Bob Thirsk flew together to the International Space Station (ISS) on 27 May 2009. Six months later they returned safely after having taken part in a historic mission: the first two ISS expeditions to feature six crew members, with one of the expeditions (ISS Expedition 21) commanded for the first time by a European astronaut: Frank De Winne.

Form Thursday 22 to Wednesday 28 April 2010, they will come together again to present the highlights of the European OasISS mission during the so-called “OasISS European Postflight Tour”. Together they will report about their life and work on board the ISS, 400 km above the Earth.

After a start at the European Astronaut Centre (ESA/EAC) in Cologne, Germany, the crew will then be present in Brussels, Munich and Noordwijk.

Michel Tognini, Head of the EAC, will welcome the astronaut crew on behalf of his team, for the first time since they returned to Earth on 1st December 2009. The three astronauts last spent two weeks in Cologne in March 2009 for their final European training session before the launch. On this occasion the crew will present a report about the OasISS mission and thank the European instructors for their support prior to the mission.

During this unique meeting between ERC representatives and the OasISS, the astronauts will speak about the scientific aspects of their mission and reply to questions from ERC staff.

As the heart of European ISS operations, the Columbus Control Centre and its staff supported the OasISS mission throughout the six months, making sure that astronauts working within Columbus had a safe and comfortable environment in which to work and that the payload facilities had the necessary system support in order to function properly. This postflight tour visit will provide a perfect opportunity for the crew to thank them for their support.

Tour of the ESA/ARISS exhibition at the European Parliament, Brussels, Belgium 27 April 2010, 17:30

This cultural exhibition on the topic of ‘European amateur radio benefiting society’ will take place in the European Parliament in Brussels between 26 and 30 April 2010. On 27 April, an event will be hosted to which the astronauts will participate and interact with the visitors.

Media representatives wishing to attend these events are kindly requested to contact: