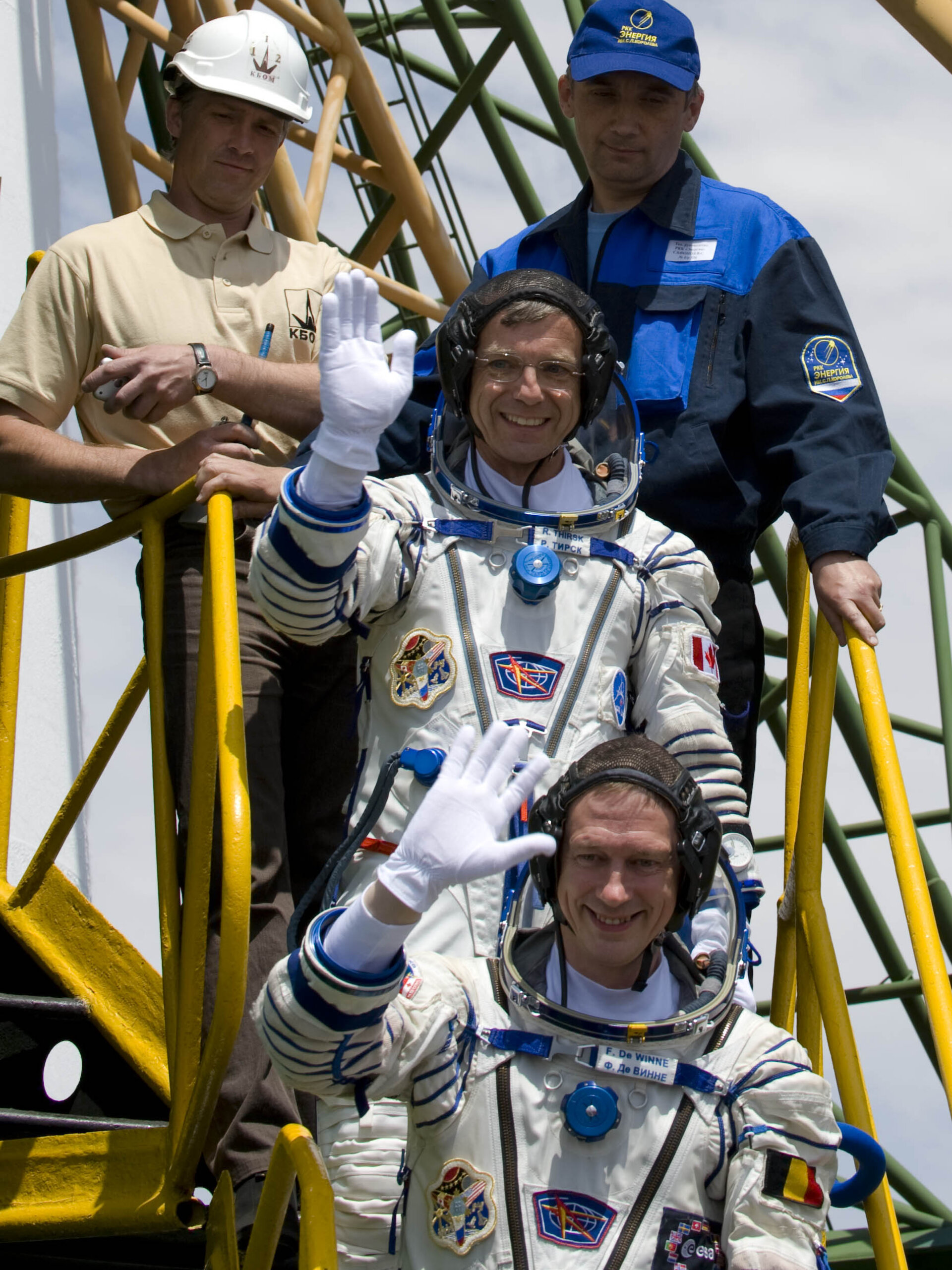 De Winne, Romanenko and Thirsk will be welcomed on the ISS by the three Expedition crewmembers already in residence: Russian cosmonaut and Expedition 20 Commander Gennady Padalka, NASA astronaut Michael Barratt and Japanese astronaut Koichi Wakata. Together they will form the first ever six-person ISS crew – Expedition 20.