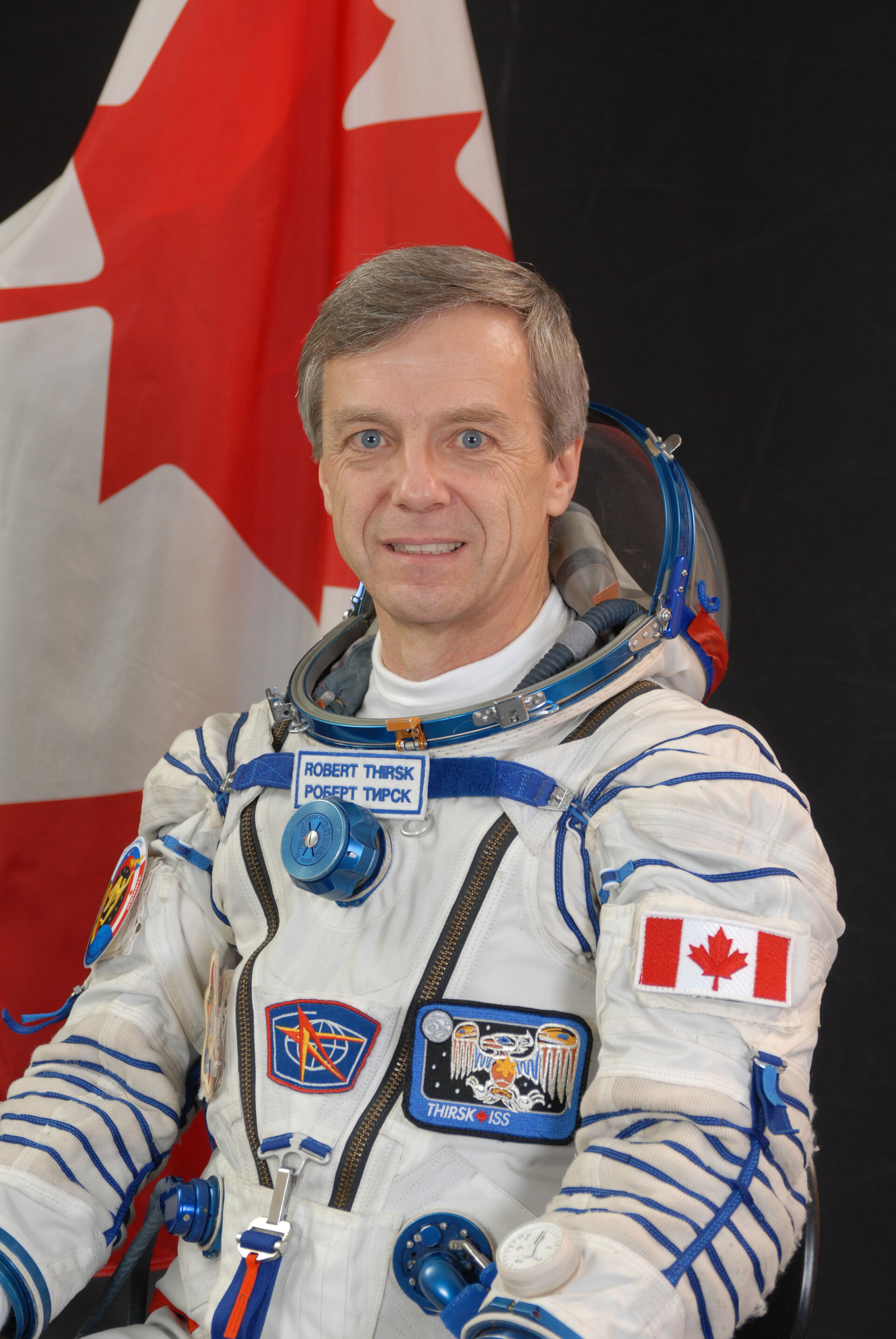 Canadian Space Agency astronaut Robert Thirsk was born on 17 August 1953. Following his selection for the Canadian Astronaut Programme in 1983, Robert was involved in various research and education projects for the agency.

He was a payload specialist on the Life and Microgravity Spacelab mission in 1996 on board the STS-78 Space Shuttle. The mission was devoted to the study of life and materials sciences.

Robert served as backup for ESA astronaut Roberto Vittori who undertook the Eneide mission to the International Space Station in April 2005. During the 10-day mission, Robert worked as Crew Interface Coordinator at the Columbus Control Centre in Germany.

Robert launched to the Space Station on Soyuz TMA-15 with Frank De Winne and Roman Romanenko on 27 May. He returned on 1 December on the same spacecraft with the same crew.