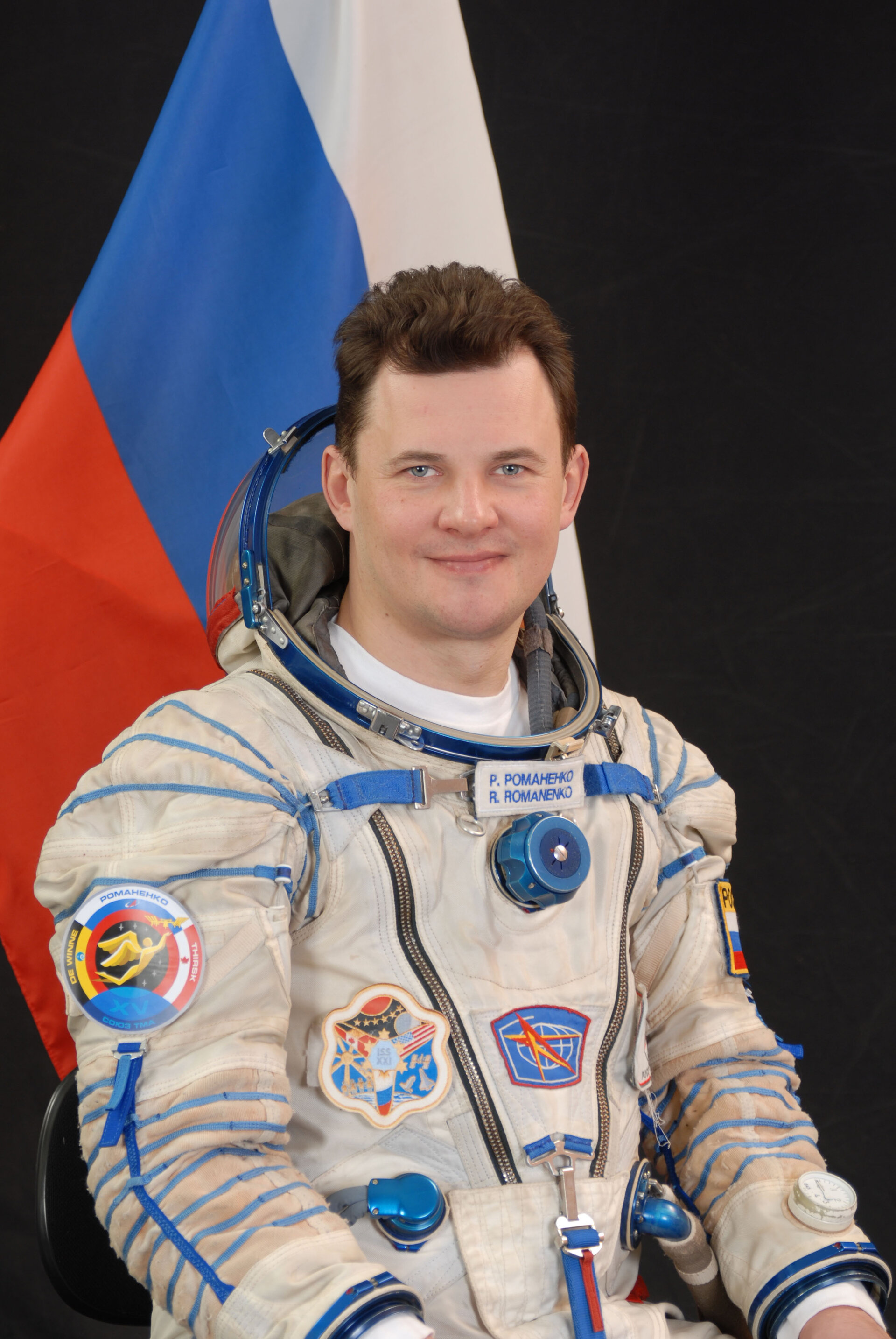 Roman Romanenko is a Major of the Russian Air Force and Test Cosmonaut of the Yuri Gagarin Cosmonaut Training Centre. Born on 9 August 1971 he is married and has one son.

Following graduation from pilot school in 1992 Roman served as a second commander in the Air Force. He flew L-39 and Tu-134 aircraft and is a Class 3 Air Force pilot. Following selection in 1997 Roman qualified as a test cosmonaut in November 1999.

Roman trained as backup Expedition 15 Commander. Expedition 15 took place from April – October 2007. He launched to the ISS on Soyuz TMA-15 with Frank De Winne and Robert Thirsk on 27 May 2009.

Roman returned with Frank De Winne and Robert Thirsk on 1 December 2009 on the Soyuz TMA-15 spacecraft.