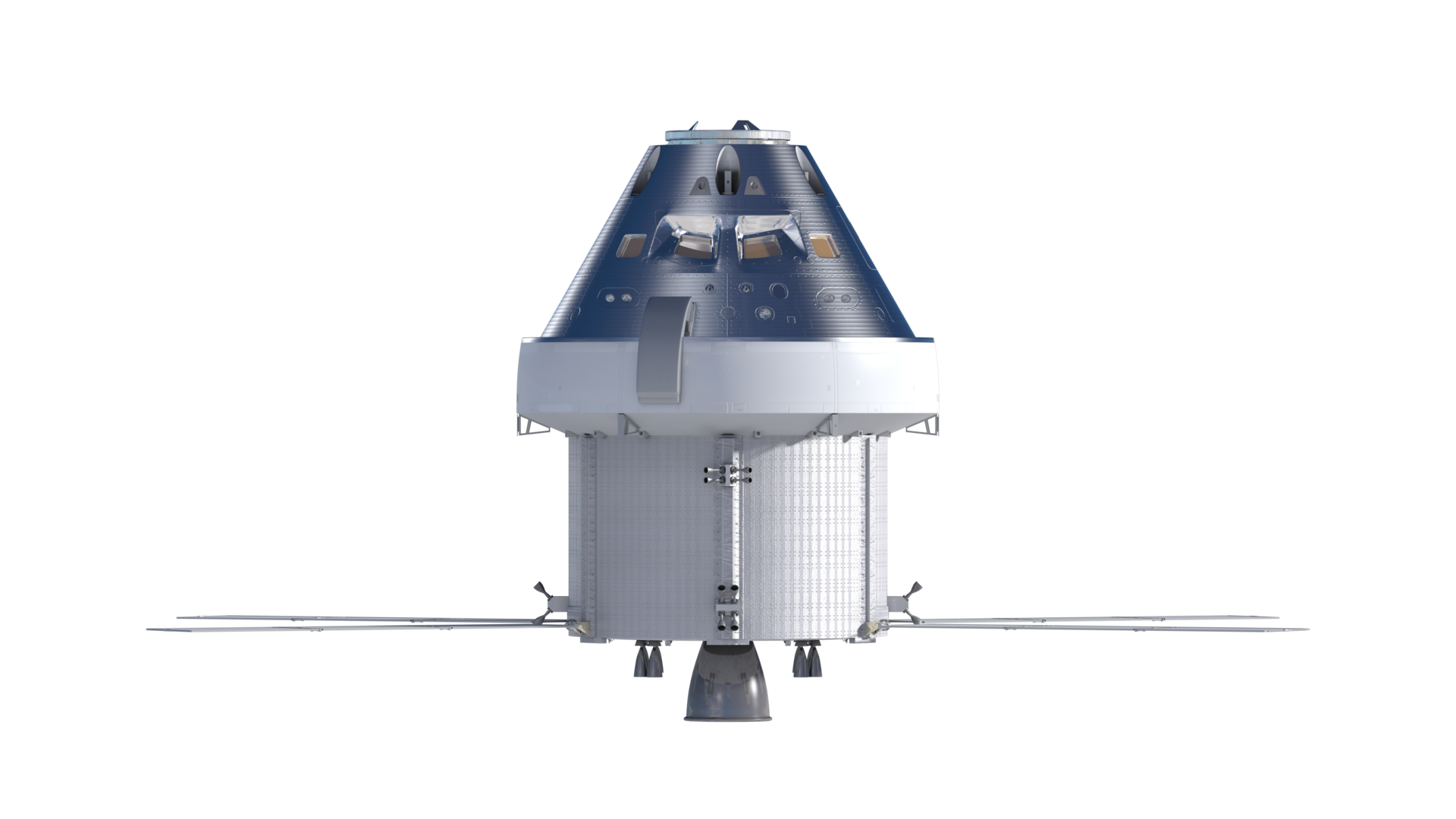 Once the Orion spacecraft has escaped the clutches of Earth’s gravity, it will rely on the engines of ESA’s service module to navigate and orient itself in space.

A total of 33 engines of three types provide thrust to manoeuvre the spacecraft on all axes.

The main engine on the first mission is a repurposed Space Shuttle Orbital Maneuvering System engine that has flown in space before.

This engine provides 25.7 kN, enough to lift a van, and can swivel in pitch and yaw.

Eight thrusters are placed as a backup and provide 490 N each – enough to lift 50 kg on Earth. These are fixed at the bottom of the Service Module to provide orbit corrections and as a backup to the main engine.

The propellant is provided by four 2000-liter tanks with 1-cm thick walls inside the service module: mixed oxides of nitrogen (MON) as oxidiser and monomethyl hydrazine (MMH) as fuel. The tanks will hold the fuel at a pressure of 25 bar with a total capacity of nine tonnes of fuel. Helium from two tanks push the propellants into the engines.

The European Service Module also kicks into action in the event of a launch abort. Orion sits underneath the Launch Abort System that propels the crew capsule up and away from danger if needed during the initial phases of launch, returning it to the ground by parachute. At altitude the Launch Abort System is jettisoned and if problems arise then the service module takes over and takes Orion from its launcher and steers it towards a safe return to Earth.