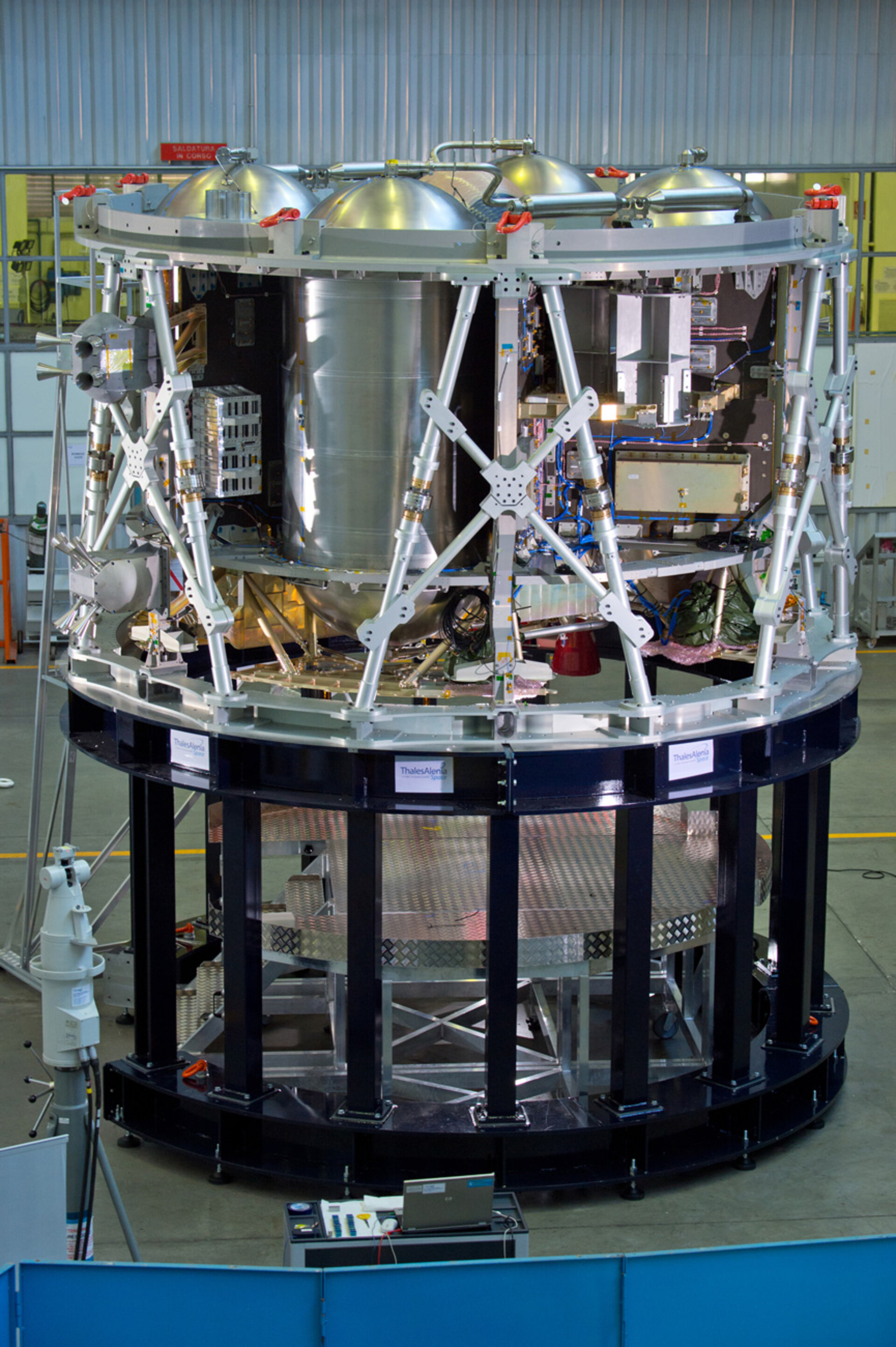 A spacecraft must withstand many stresses, from the vibration of launch to temperature changes in space and changes in pressure from Earth to space.

The European Service Module provides structural rigidity to the Orion spacecraft much like the chassis of a car. It absorbs the vibrations and energy from launch and protects them from micrometeoroids and space debris.

The European Service Module connects the crew module to the launcher and absorbs the vibrations from a rocket that has the equivalent thrust of 34 Jumbo Jets.

The service module’s secondary structure supports elements such as the spacecraft’s thrusters and water tanks.

Lastly, the European Service Module is covered in multilayer material that absorbs impacts from tiny, high-speed objects in space. Micrometeoroids and space debris are serious threats: the impact of a paint flake travelling at up to 72 km/s can have serious consequences.

The module has a Kevlar-reinforced Whipple shield with two layers of armour standing above the spacecraft’s shell. Any objects that strike the shield break into fragments on impact with the outer layer, and then the inner layer stops anything from penetrating the vessel and its mission-critical hardware.