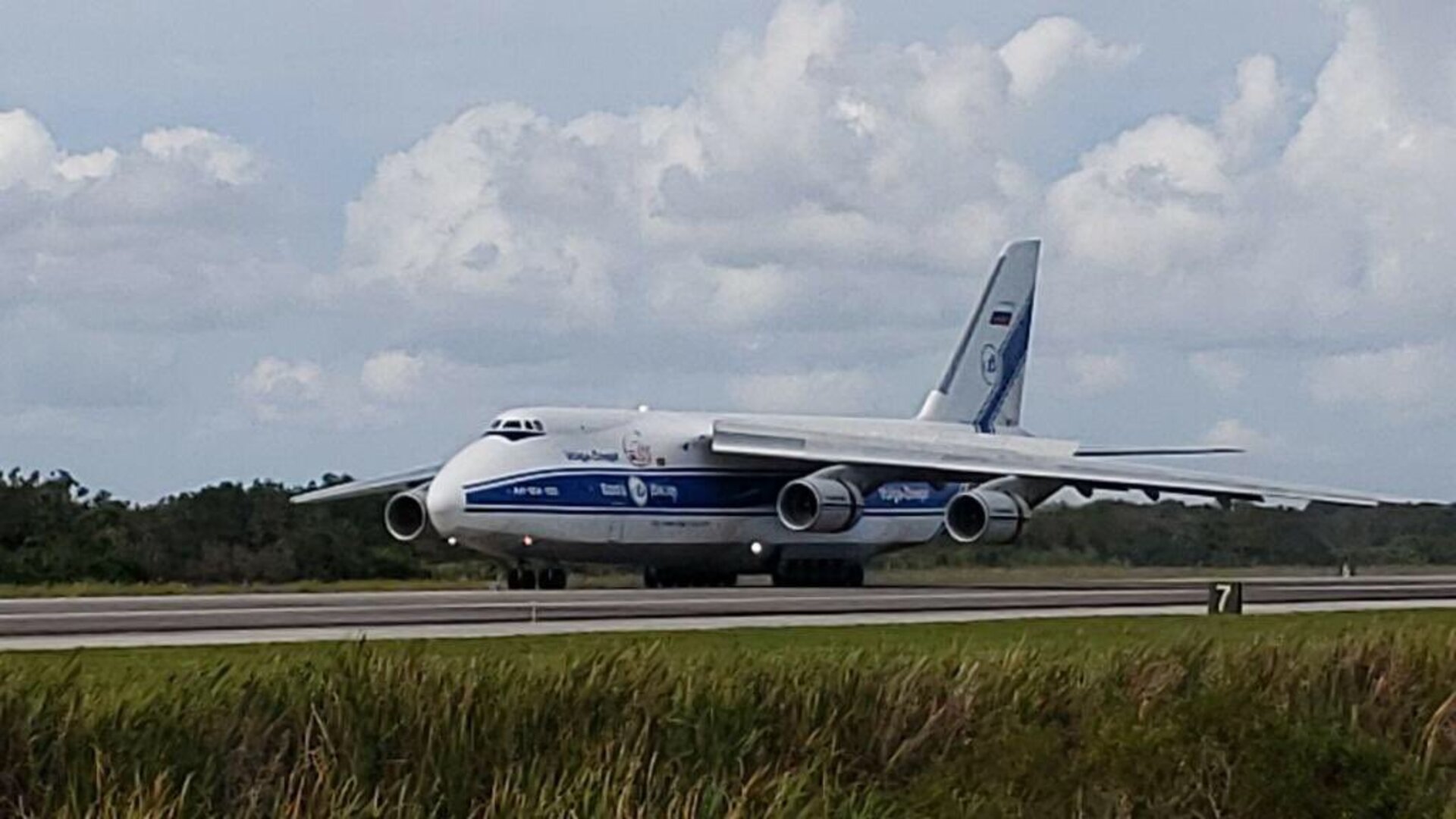 After a 24-hour journey from Bremen, Germany with stops in Hamburg and Portsmouth, USA, the European Service Module landed yesterday at Kennedy Space Center in Florida.

The first service module is a key component that will see Orion around the Moon for Exploration Mission-1. It will make the powerful burns required to enter and exit lunar orbit as well as softer burns to allow for space manoeuvring and course correction.

After years of designing, building, and testing in Europe, the powerhouse that will propel NASA’s Orion spacecraft to the Moon will soon be mated with the rest of the spacecraft to undergo final testing before flight.

The European Service Module is a truly European endeavour. Primary components were built and integrated in Italy and Germany, with smaller components delivered from several European nations, including the solar arrays from the Netherlands.

ESA’s partnership with NASA takes this European effort to the global stage. For the first time, NASA will use a European-built system as a critical element to power an American spacecraft, extending the international cooperation of the International Space Station into deep space.

The trust in European know-how is thanks to the successful Automated Transfer Vehicle (ATV) programme that provided reliable cargo deliveries to the Space Station.

ATV’s engineering and operational legacy were crucial to developing the European Service Module, which some of its flight-proven hardware, such as the auxiliary thrusters and pressurisation tanks.

Next up for the European Service Module is unloading and unpacking. The unit will be checked for integrity after its transatlantic flight and then unloaded in the Operations & Checkout (O&C) building at Kennedy Space Center.

Some parts of the European Service Module have already been shipped by sea in two containers and are already awaiting the arrival of the larger air shipment. These include nozzle covers, heat shield, and insulation layers, among other components. The solar arrays will arrive in February 2019.

Once in the O&C, the European Service Module will be fitted to the Crew Module Adapter (CMA) to form the Orion Service Module. This process takes some time, as all fluid and gas pipes must be welded and electrical wiring connected. The crew module will then be mated with the service module and the completely integrated spacecraft will head to NASA Glenn Research Center’s Plum Brook Station in Ohio for a 60-day test campaign. The entire spacecraft will be subjected to intense launch conditions in the world’s largest vacuum chamber.

Once complete, the spacecraft will travel back to Kennedy Space Center to meet its launcher, the Space Launch Systems (SLS) rocket, and prepare for its first mission, a lunar orbital mission without astronauts, to demonstrate the spacecraft’s capabilities.

Work is already underway on the second European Service Module which will provide air, water, and temperature control for the astronauts that will fly on Orion’s Exploration Mission-2.

ESA is immensely proud to play a crucial role in humanity’s return to the Moon, thanks to the hard work and determination of the many teams involved in bringing the European Service Module to this next step on the journey back to the Moon.