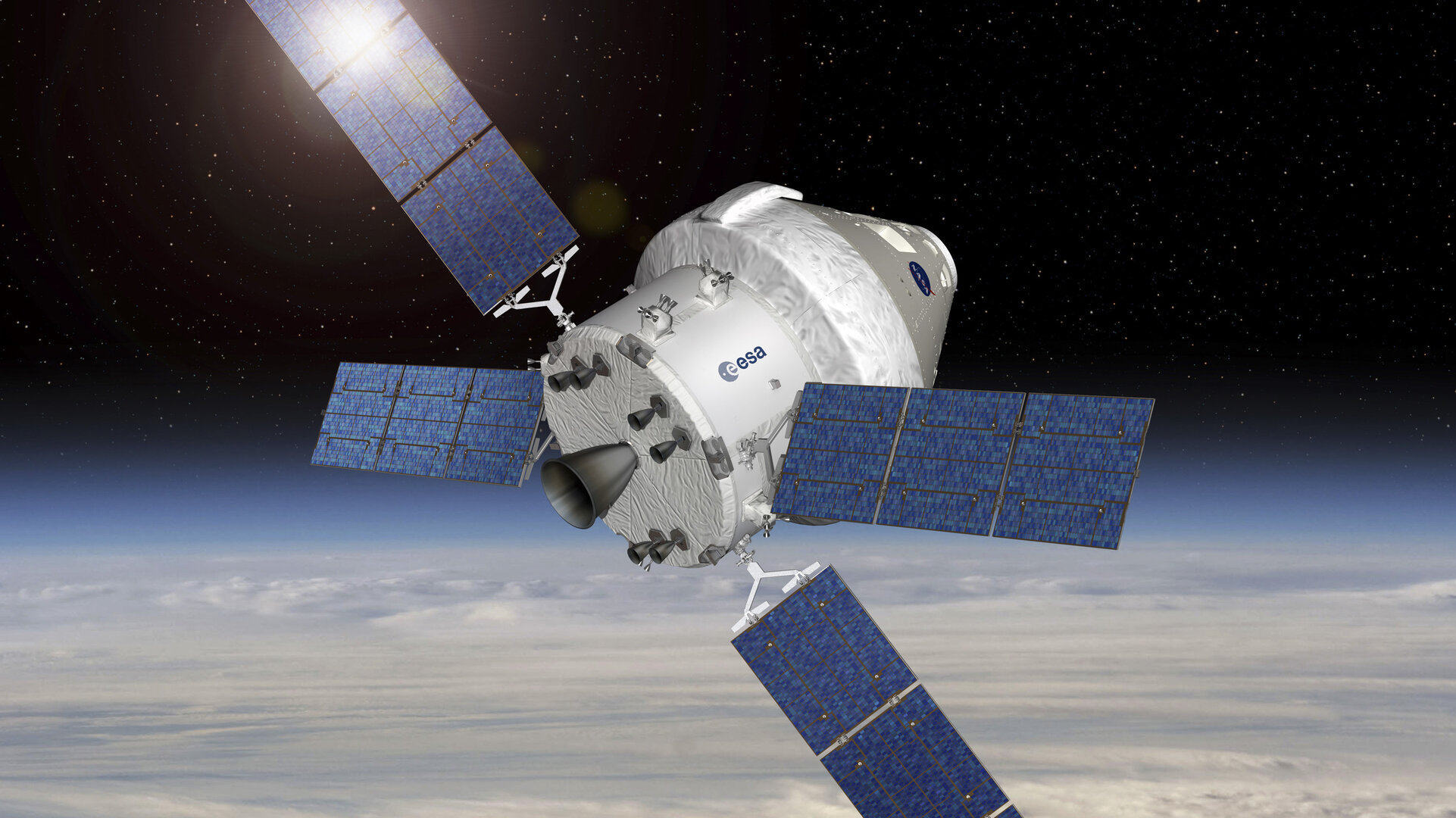 Orion is NASA’s next spacecraft to send humans into space. It is designed to send astronauts farther into space than ever before, beyond the Moon to asteroids and even Mars. When they return to Earth, the astronauts will enter our atmosphere at speeds over 32 000 km/h but the capsule will protect them and ensure a bumpy but safe landing.

Orion will go further than any other crewed spacecraft has before and European design and technology will make that happen. Orion’s service module is based on the proven performance of ESA’s Automated Transfer Vehicles that flew to the International Space Station.

Mission plans for Orion will see astronauts sent beyond the Moon, followed by visits to asteroids and even Mars.

Orion’s first test flight came in December 2014 on a Delta IV Heavy vehicle that put the capsule (without ESA’s module) into a highly elliptical orbit that soon brought it back for splashdown in the Pacific ocean.