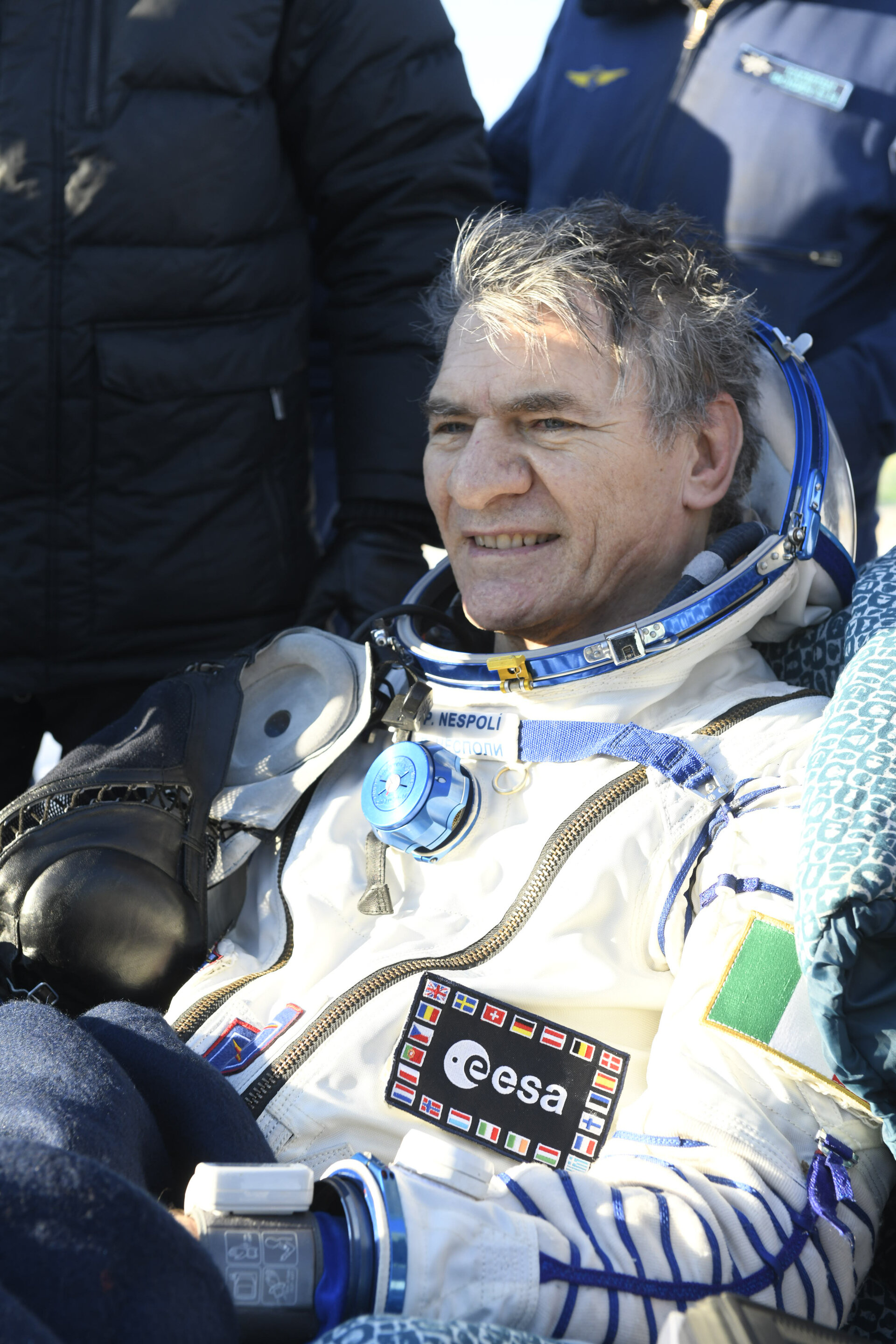 ESA astronaut Paolo Nespoli landed back on Earth early this morning after 139 days in space. The ride home from the International Space Station required braking from 28 800 km/h to a standstill in barely three hours.

Paolo and crewmates Randy Bresnik of NASA and Sergei Ryazansky of Roscosmos touched down on the steppes of Kazakhstan at 08:37 GMT.

The Soyuz MS-05 spacecraft endured the stresses of descent and landing as planned: its heatshield reached 1600°C during reentry into the atmosphere as the astronauts experienced up to four times their own body weight.

“The so-called soft landing feels like a head-on collision between a truck and a small car – and you are in the small car,” recalls Paolo from his 2011 landing.

This was Paolo’s third mission and third visit to the Space Station, bringing his total time in space to 313 days, the second most for an ESA astronaut, after Thomas Reiter.

Some 400 km above the planet, he instructed a humanoid robot in Germany to repair three damaged solar panels across a simulated Mars terrain, showing how astronauts and robots will work together on future planetary missions.

Life in space could get easier thanks to tablets and smartphones – Paolo tested a hands-free system that displays instructions during complex tasks.

There was a lot of traffic during Vita: Paolo welcomed four visiting vehicles and saw three leaving the Station. He took part in two dockings using the Station’s robotic arm and assisted in four spacewalks.

Paolo will now be busy with briefings and tests. Astronauts undergo a form of rapid ageing in space and need to readapt to living under gravity. Scientists will investigate how his body reacts as a case study.

The next ESA astronaut to travel to the Station will be Alexander Gerst, scheduled for launch next summer.