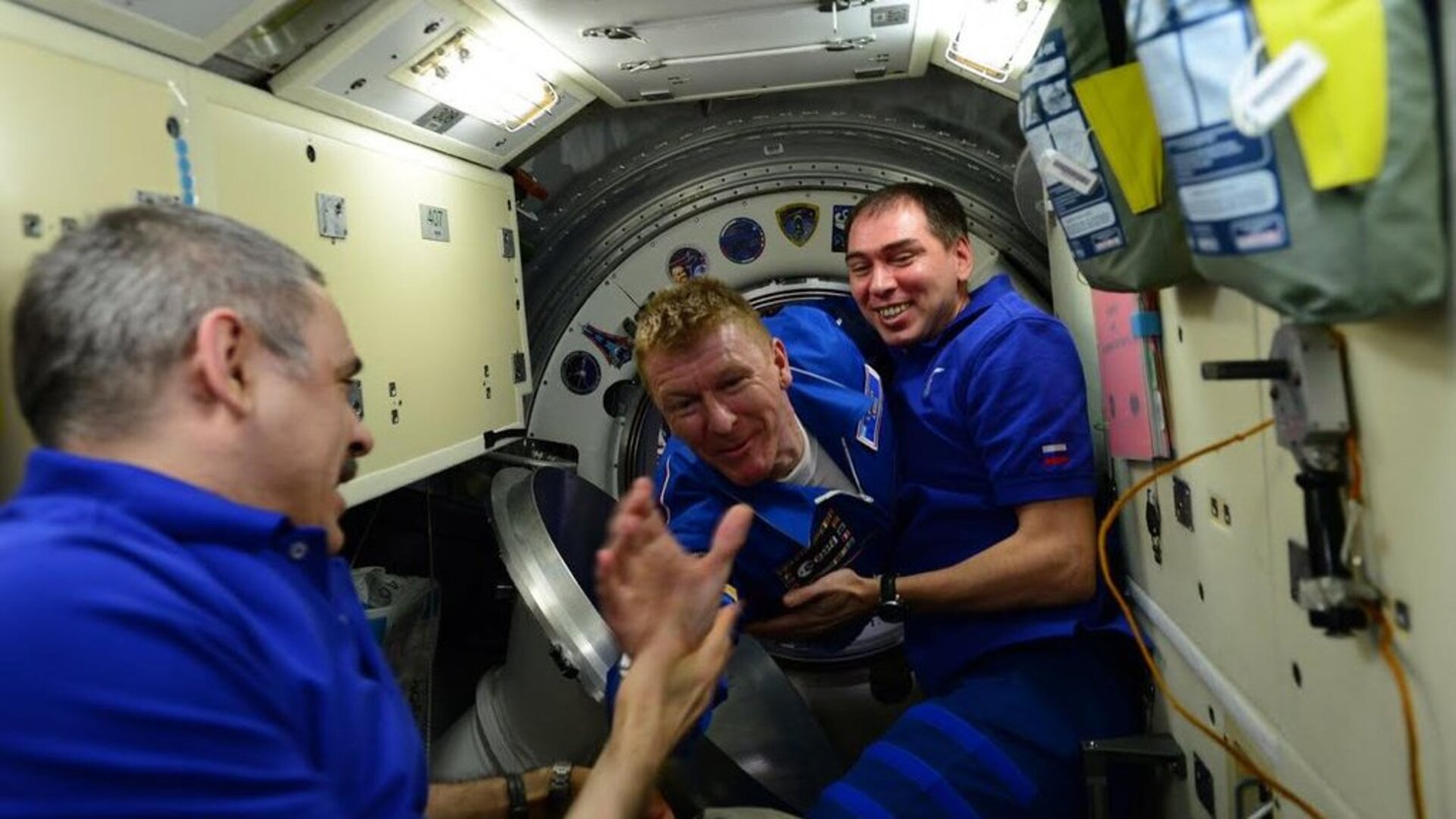 They were welcomed aboard by Russian cosmonauts Mikhail Korniyenko and Sergei Volkov, and NASA astronaut Scott Kelly.

This marks the start of Tim’s six-month Principia mission and the culmination of six years of training since being selected for the European astronaut corps in 2009.

A large educational programme is set to inspire and involve children and students with computer coding, fitness regimes and lessons from space with Tim as the instructor.

Tim is the third ESA astronaut to stay on the orbiting research complex this year alone. Samantha Cristoforetti ended her record-breaking 199-day mission in June, while Andreas Mogensen completed a busy 10-day tour in September.

Principia will see Tim working on dozens of experiments for researchers on Earth as he orbits our planet at 28 800 km/h. Highlights of his scientific roster include growing crystals and blood vessels in space, simulating atomic structures and charting areas in the brain as they adapt to stressful situations.

Yuri, Tim and Tim have a few days to settle in and get used to working in weightlessness before starting their 40-hour work weeks running experiments and maintaining the Station.

They are in good company: Scott Kelly and Mikhail Korniyenko have been living on the Station for more than 300 days since March as part of their marathon stay to probe how the human body adapts to longer missions.

Media have the opportunity to speak to Tim live on 18 December from the European Astronaut Centre, the home base of all ESA astronauts. The event will be streamed at http://www.livestream.com/ESA; questions can be posed only by journalists attending in person. 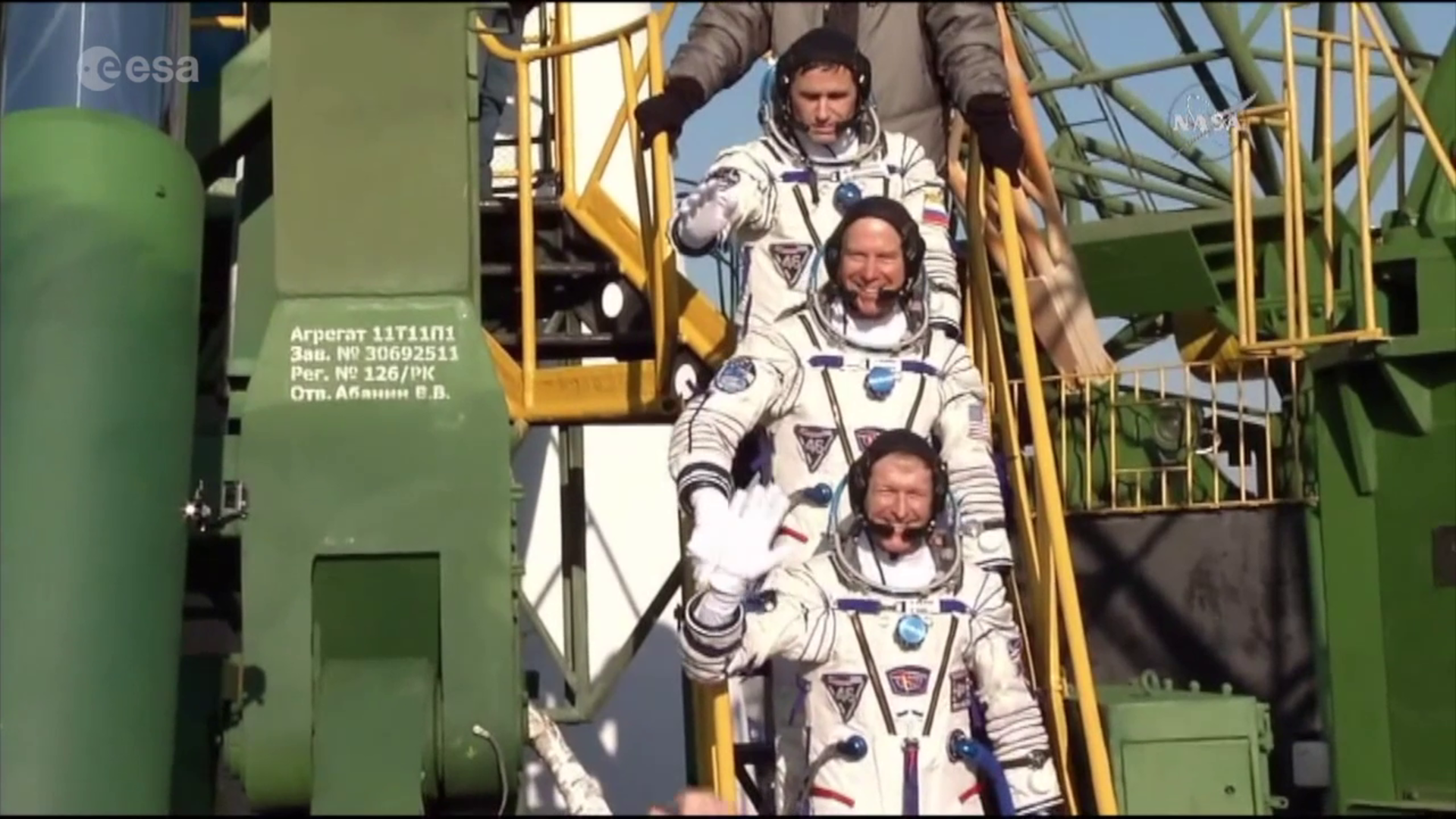