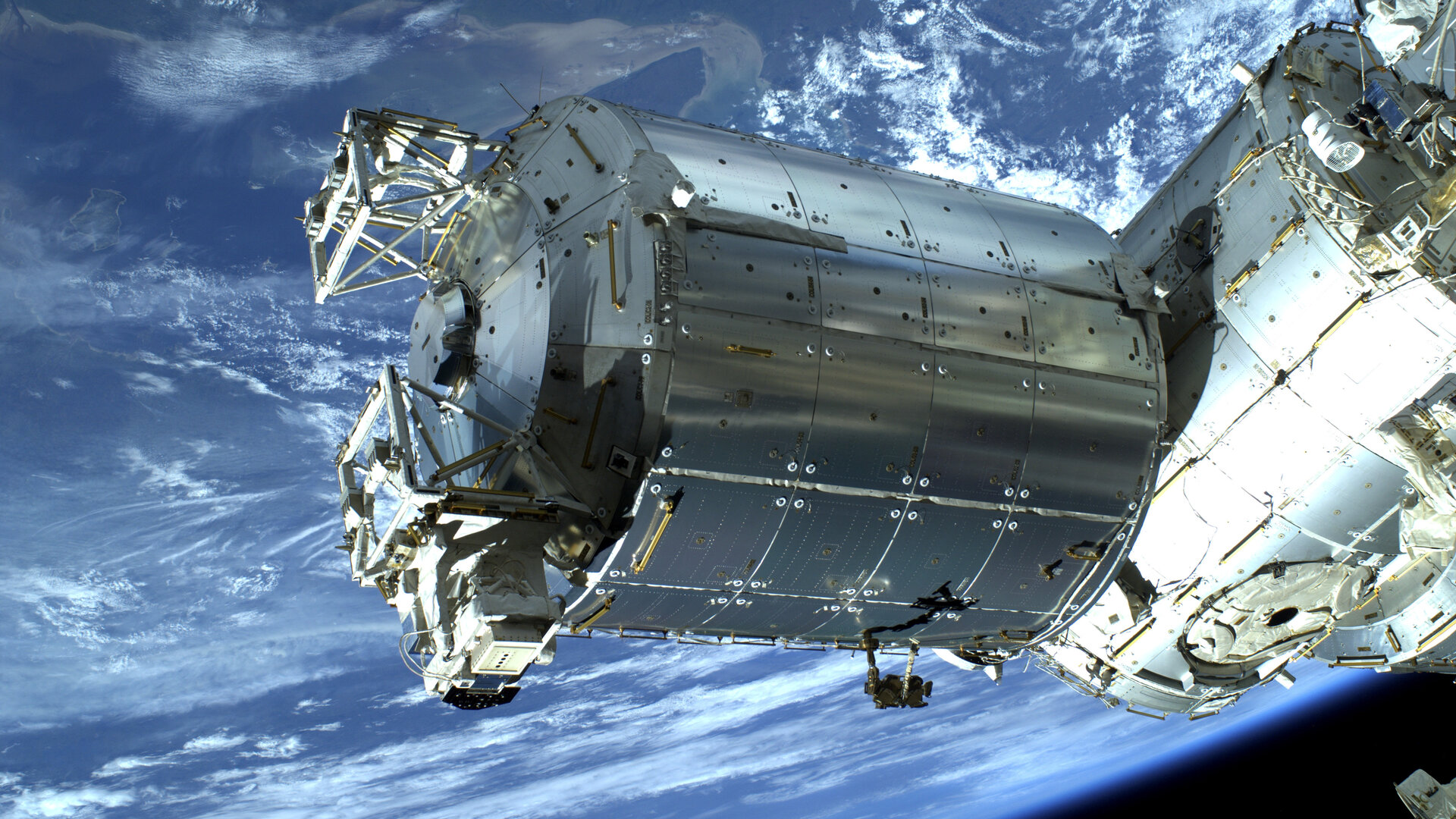 While ESA astronaut Tim Peake works on science in the International Space Station many experiments are continuously recording data fixed to the outside of Europe’s Columbus laboratory or other areas on the Station’s hull. Working silently for years, these facilities offer a wealth of information for researchers on Earth.

Exposed to the world

Aside from the lack of pressure and oxygen in the vacuum of space, temperatures vary dramatically because there is no atmosphere to protect and insulate against the full spectrum of the Sun’s rays. Until recently, scientists always assumed that no life could survive in these conditions.

However, ESA research has found life that can survive spaceflight. Both lichen and small organisms called tardigrades or ‘water bears’ have spent months outside the International Space Station and have returned to Earth alive and well.

This research has far-reaching implications: life can travel unprotected through the Solar System.

For its third sortie, Expose has an extra type of accommodation: by adding UV filters and regulating the pressure in some of the modules, some samples are being subjected to Mars and Moon-like conditions. How will these chemicals and extremophiles – lifeforms that can live in extreme environments – fare after a year in open space?

Large marine vessels continuously send information on their speed, location and direction. The Automatic Identification System has been around for decades to help harbour authorities direct ships near ports and avoid collisions.

The system uses basic VHF radio signals and was designed before satellites existed, so it is used only near land. This means that ships are on their own in open waters. Ships can receive signals from each other but in the middle of the Pacific Ocean nobody is monitoring their location.

Vessel ID is an ESA satellite receiver that is the marine equivalent of air traffic control systems. By capturing the radio waves in space from the Automatic Identification System, it tracks ships on the open seas.

The system itself does not need to be adapted but as it was not designed for global coverage from space a technology demonstration is needed to test receiving and processing the signals. Nobody knew how many ships continue to broadcast identification on the open seas, nor how many have antennas that beam their identification up to space as well as over land.

Solar is a combination of instruments placed on the outside of Europe’s Columbus laboratory that together measure the Sun’s output with unprecedented accuracy, from the infrared to the ultraviolet.

Solar is run automatically from the ground and uses its sensors to measure the Sun’s temperature. This is an exciting time for the scientists behind Solar as they expect the Sun to be at the peak of its 11-year cycle.