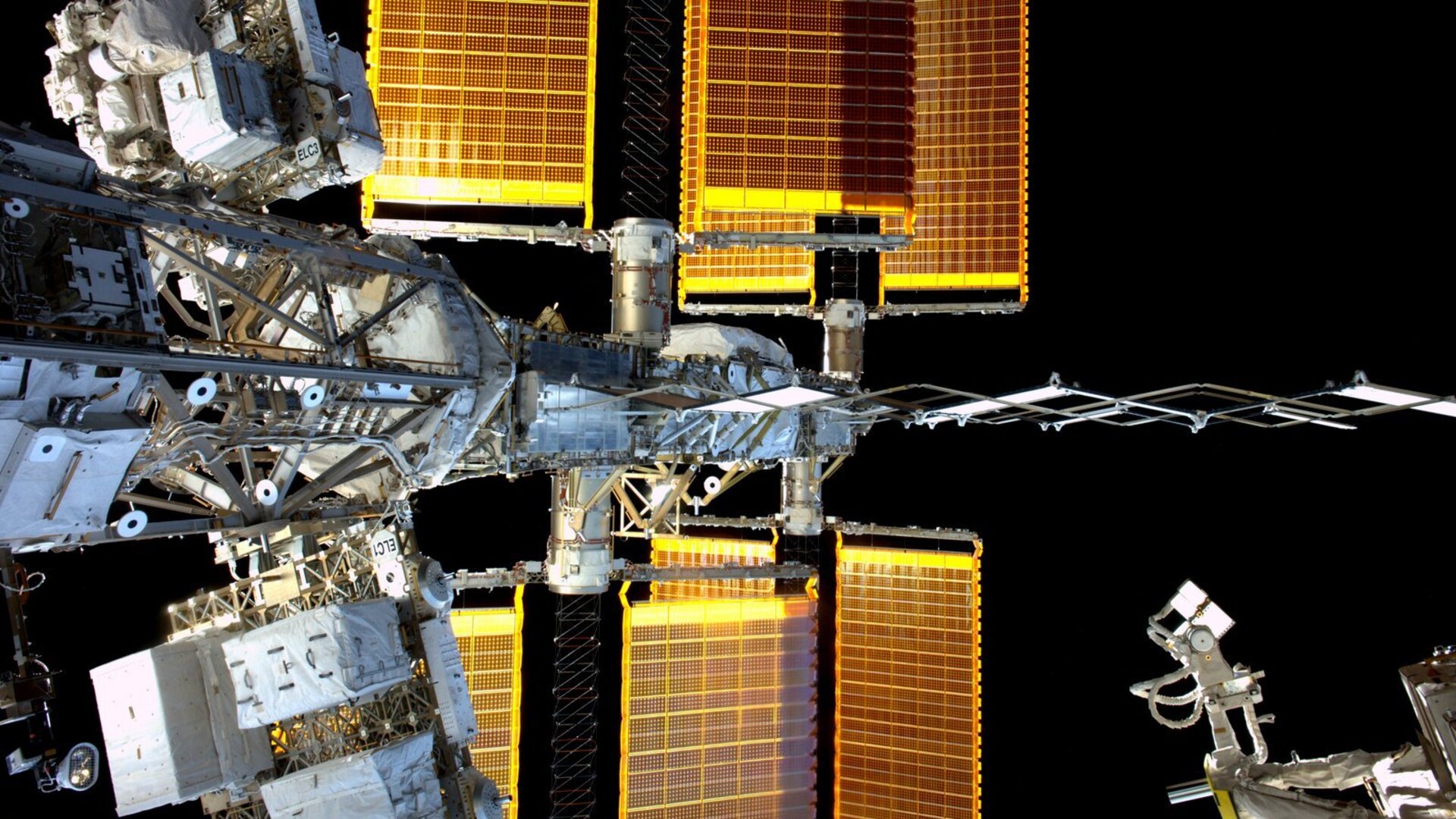 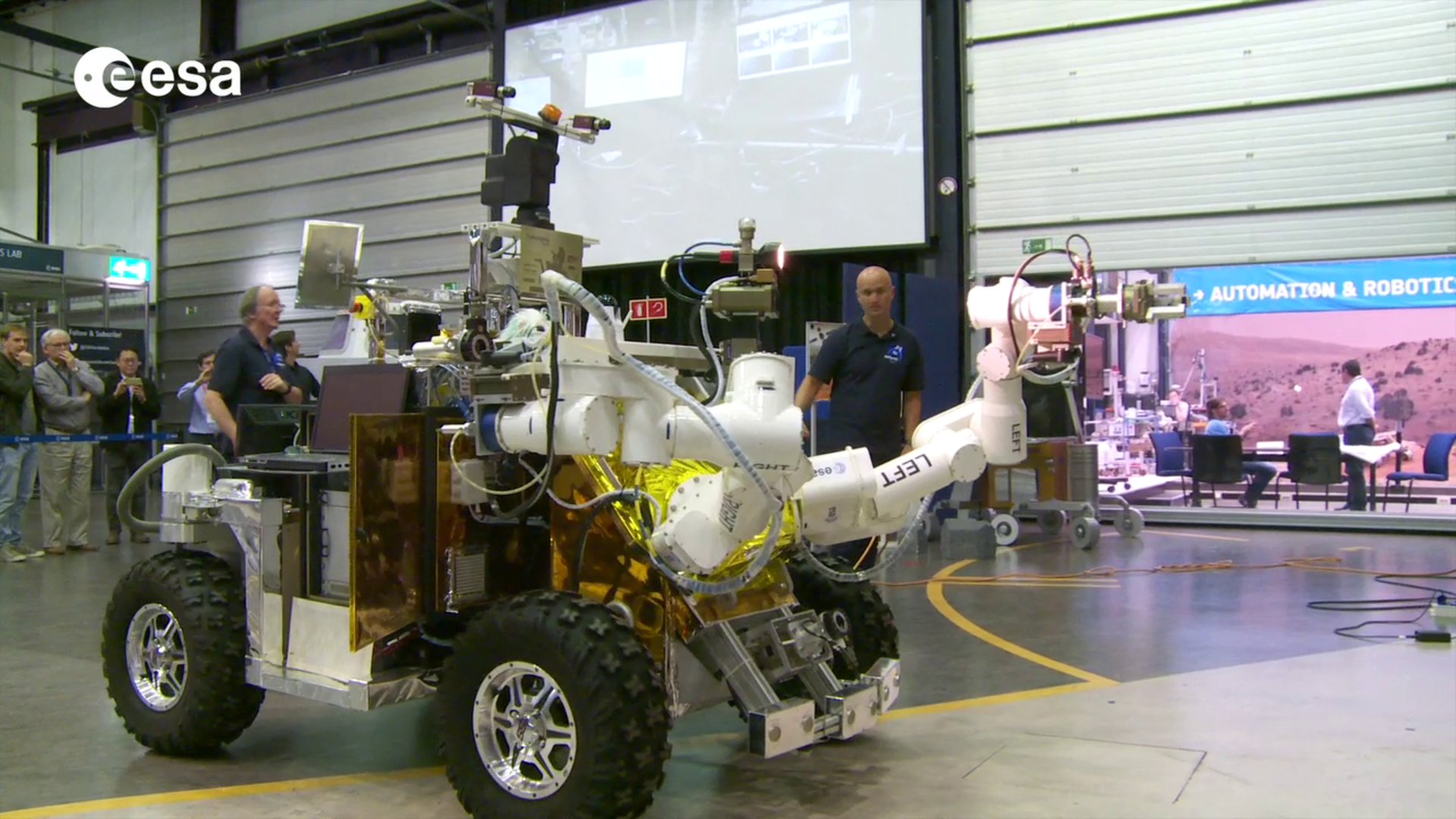 Space exploration will most likely involve sending robotic explorers to ‘test the waters’ on uncharted planets before sending humans to land and ESA is preparing for that future.

Controlling a rover on Mars is a real headache for mission controllers because commands can take an average of 14 minutes to reach the Red Planet.

The car-sized rover Eurobot, located at ESA’s ESTEC facility in the Netherlands, has been used in several experiments, steadily enlarging its capabilities as each has been successful. Tim will continue work done by ESA astronaut Andreas Mogensen, who first drove the rover to perform a test from the Station in 2015 during his mission.

Tim will be another test subject for the Haptics-1 experiment that fits in the vision of astronauts controlling planetary explorers from orbit. Ideally, astronauts circling a planet would have as much feedback as possible to help control the robots exploring below them. An important aspect of this is ‘haptic’ feedback – transferring touch and vibrations. Most people can tie their shoelaces with their eyes closed, but try doing it when your hands are numb.

This is because your brain processes the feeling of touch and takes that into account when handling objects. Generally, a soft, fragile object is handled with more care than a hard one, and by judging how the object feels you automatically adjust your grip.

Haptics-1 is looking at developing robots that transmit touch information to the astronaut, but until now nobody has checked to see how people in space respond to force feedback. Will astronauts feel and react the same as on Earth to generated vibrations? How will the feedback feel in space, where the feedback joystick has to be strapped to their bodies to prevent them floating away?

A simple joystick can move left or right. Behind the scenes, intricate servomotors provide counterforce or vibrations. Tim will use the joystick to test the limits of feeling in experiments similar to the classic game Pong.

The 3DVit experiment will provide virtual reality training and augmented reality for tasks that Tim can study and follow in space before starting an operation.

Earlier versions of the system without augmented reality already proved their worth as refresher courses on docking Europe’s space freighter, the Automated Transfer Vehicle, ATV. You can download and try excerpts from the Haptics/Interact experiment run in September 2015 from space by ESA astronaut Andreas Mogensen here.