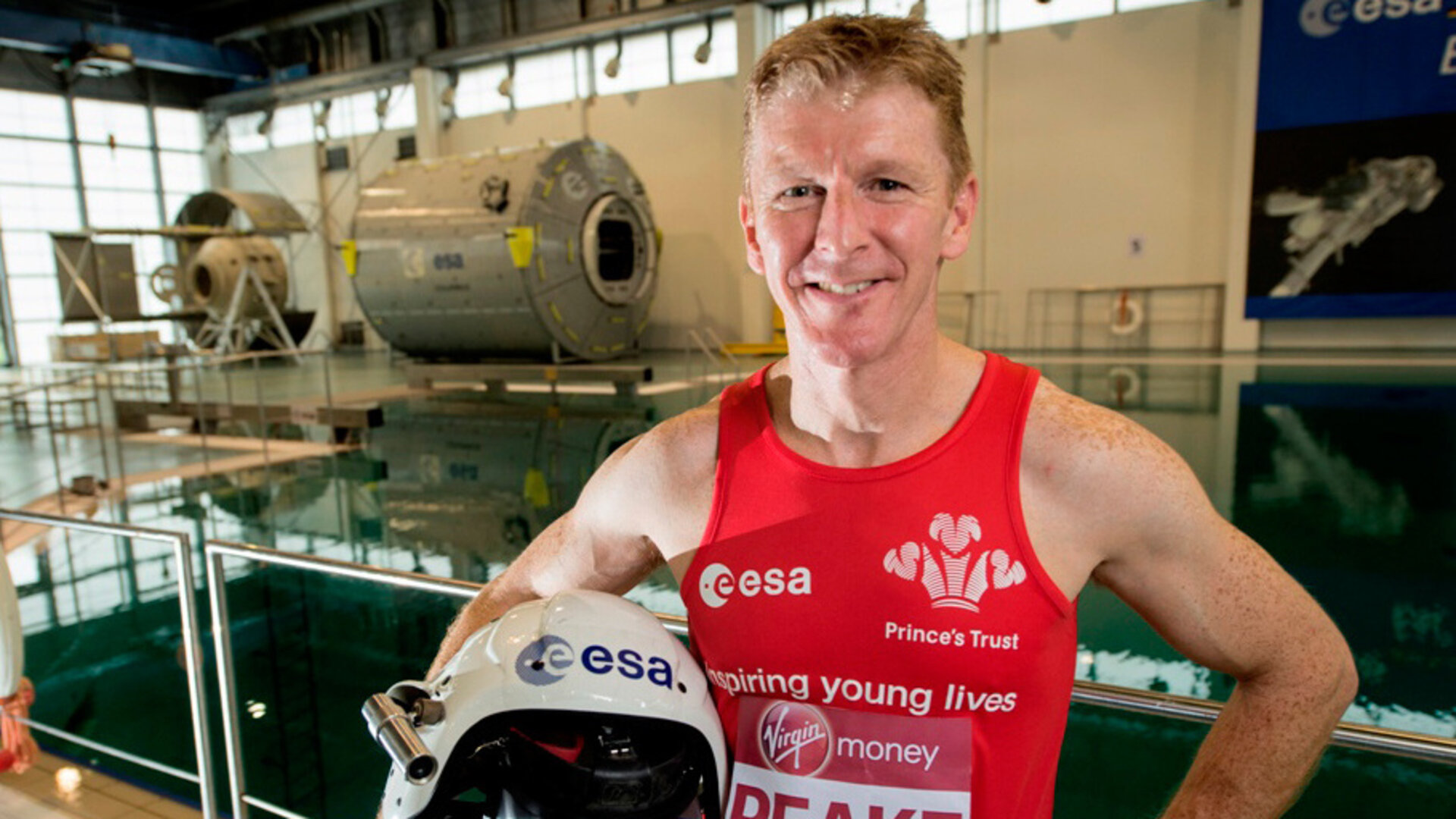 Get ready, set, go! As the thousands of runners start the London Marathon in April, ESA astronaut Tim Peake will run the full 42 km distance on a treadmill aboard the International Space Station.

As on Earth, exercise is very important for astronauts – they need to exercise up to two hours every day to counteract the effects of living in weightlessness.

Tim will strap himself to the treadmill in the Tranquility node and start running at the same time as more than 30 000 set off at 10:00 GMT on 24 April in London.

As the Space Station circles Earth at 28 800 km/h, Tim will be off to a flying start, but running a full marathon in space is no easy task.

Tim ran the London Marathon in 1999, finishing in 3:18.50. He will not try to beat that time as his medical team at the European Astronaut Centre in Cologne, Germany, will be monitoring the run to ensure he is perfectly healthy for his return to Earth.

Tim says: “The thing I’m most looking forward to is that I can still interact with everybody down on Earth. I’ll be running it with the iPad and watching myself running through the streets of London whilst orbiting the Earth at 400km.”

Running in space requires elastic straps attached to the shoulders to stop from floating away. The hardest part for Tim will be wearing the straps for over three hours.

“I have to wear a harness system that’s a bit similar to a rucksack. It has a waistbelt and shoulder straps. That has to provide quite a bit of downforce to get my body onto the treadmill so after about 40 minutes, that gets very uncomfortable. I don’t think I’ll be setting any personal bests. I’ve set myself a goal of anywhere between 3:30 to 4 hours.”

Tim’s run is to raise awareness for the Prince’s trust.

Tim Peake is now in Baikonur, Kazakhstan, from where he will be launched into space together with Russian commander Yuri Malenchenko and NASA astronaut Tim Kopra 15 December at 11:03 GMT.

Watch the launch live via ESA web streaming and follow Tim and his mission via timpeake.esa.int.