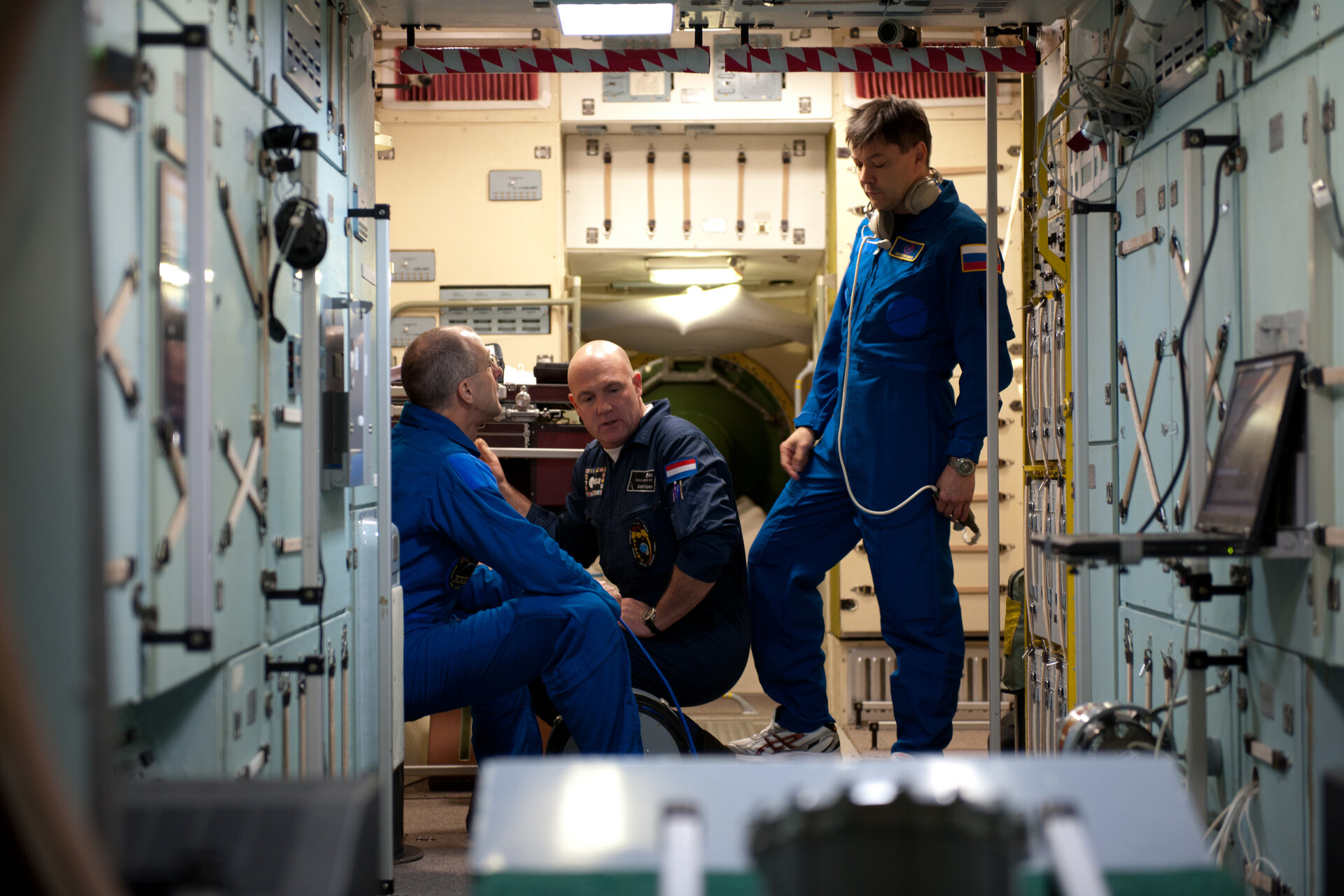 André traveled between the training sites of all five ISS partner organisations, gaining the knowledge and skills required for his mission.

This tailored training has taken him to Houston in the US, Star City near Moscow, Tsukuba near Tokyo, Montreal in Canada and the European Astronaut Centre in Cologne, Germany.

Roughly half of his training took place in Star City. André spent approximately the other 40% of those 30 months in the US, and the remaining 10% divided between the European Astronaut Centre and the facilities of the Japanese and Canadian space agencies. More than 50 people took care of André’s training programme from across all establishments.

André flew in the left seat in the Soyuz for his previous mission in 2004. Since then, he gained a much better operational understanding of what is really important for daily life on the ISS.

He mastered every system and payload related to the PromISSe mission. Simulations helped André to get ready for space. His role as Soyuz flight engineer required a great amount of ‘flying hours’ within the Russian spacecraft. The astronaut speaks fluent Russian, a key asset in case of an emergency on the Soyuz.

André is a highly skilled astronaut with an advanced training level that enables him to face all kinds of emergency situations, prolonged isolation and psychological stress. Specialised trainers taught him critical launch and landing procedures on the Soyuz, as well as how to handle depressurisation, fire or toxic spills onboard. This kind of training started on the ground, but it continued on the Station with the rest of the crew.

He is not only trained for critical decision-making: André was trained to run all the experiments he was involved in. The ‘doctor aboard’ provided continuous feedback about his health and the medical experiments where he was the test subject. On the Station, André often took samples of his blood, checked his heart beat and monitored his eyes.