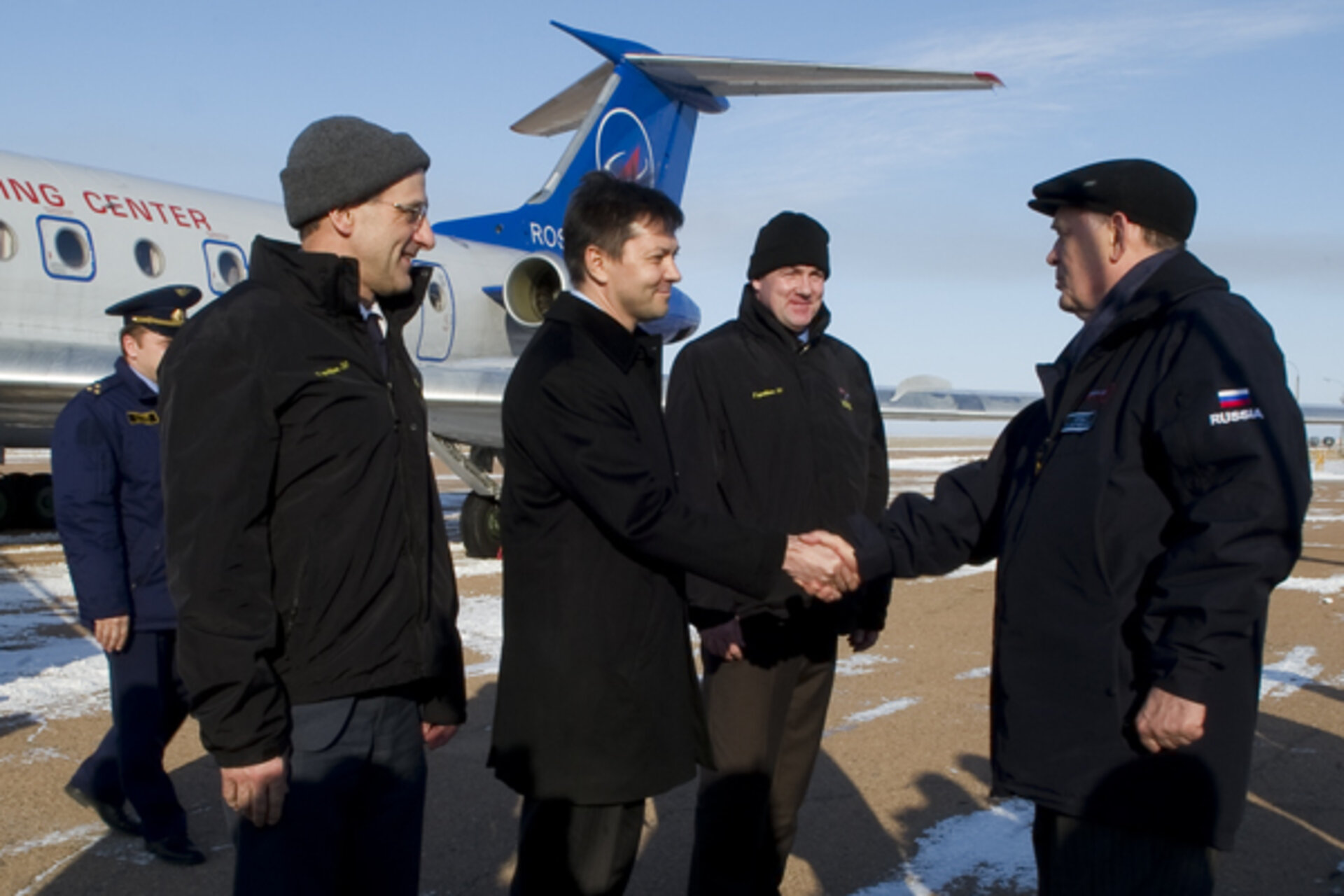 ESA astronaut André Kuipers is now officially ready for liftoff on 21 December: he and his crewmates have passed their final exams and left for the launch site yesterday. Along with André’s plane, his PromISSe mission blog also took off yesterday.

Every crew destined for the International Space Station must endure two days of final exams in the simulators at Star City near Moscow before they are cleared for flight.

And it is not a formality — they have to show they can control their Soyuz spacecraft and handle the Station in all situations.

The crew and their backups must cope with a multitude of problems, chosen blindly in sealed envelopes that morning.

André’s Soyuz simulation started with a broken radio transmitter, forcing them to fly solo without hearing a word from Earth.

Then the automatic horizon sensors failed and they had to control their craft’s attitude themselves.

Finally, just before docking, the Soyuz radar took unexpected leave and the trio had to continue manually.

The simulated return to Earth wasn’t any easier: real smoke suddenly appeared in their capsule, forcing them to close their helmets, switch the ventilation on and electricity off. They had to purge all the air from the capsule to kill the fire.

Then the braking engine shut off too soon and they had to calculate how long to fire the smaller backup engines.

Finally, the computer refused to turn off the thrusters and they had to do it manually.

After passing their exams, the crew began following the traditions that have been part of every human space mission from Baikonur for decades, with roots going back to Yuri Gagarin’s pioneering 1961 flight.

One of these was visiting Gagarin’s office after the exam results were formally approved. The room in Star City has been left as it was since the day Gagarin died.

André and his crewmates wrote a brief salute in the guest book and then continued to Red Square to lay flowers by the Kremlin wall to commemorate fallen cosmonauts.

The crew’s plane took off yesterday at 10.01 local time in Moscow for Baikonur for final preparations and quarantine before their launch, scheduled for 21 December.

Following an ESA space mission has never been easier. André is tweeting on @astro_andre and writing his own mission diary in Dutch (‘Logboek’). You can now also read his entries soon in English.

A special mission blog was also launched yesterday: the PromISSe blog covers everything around the mission and it’s also an ideal way to post questions and comments.

It is almost like flying with André into space!