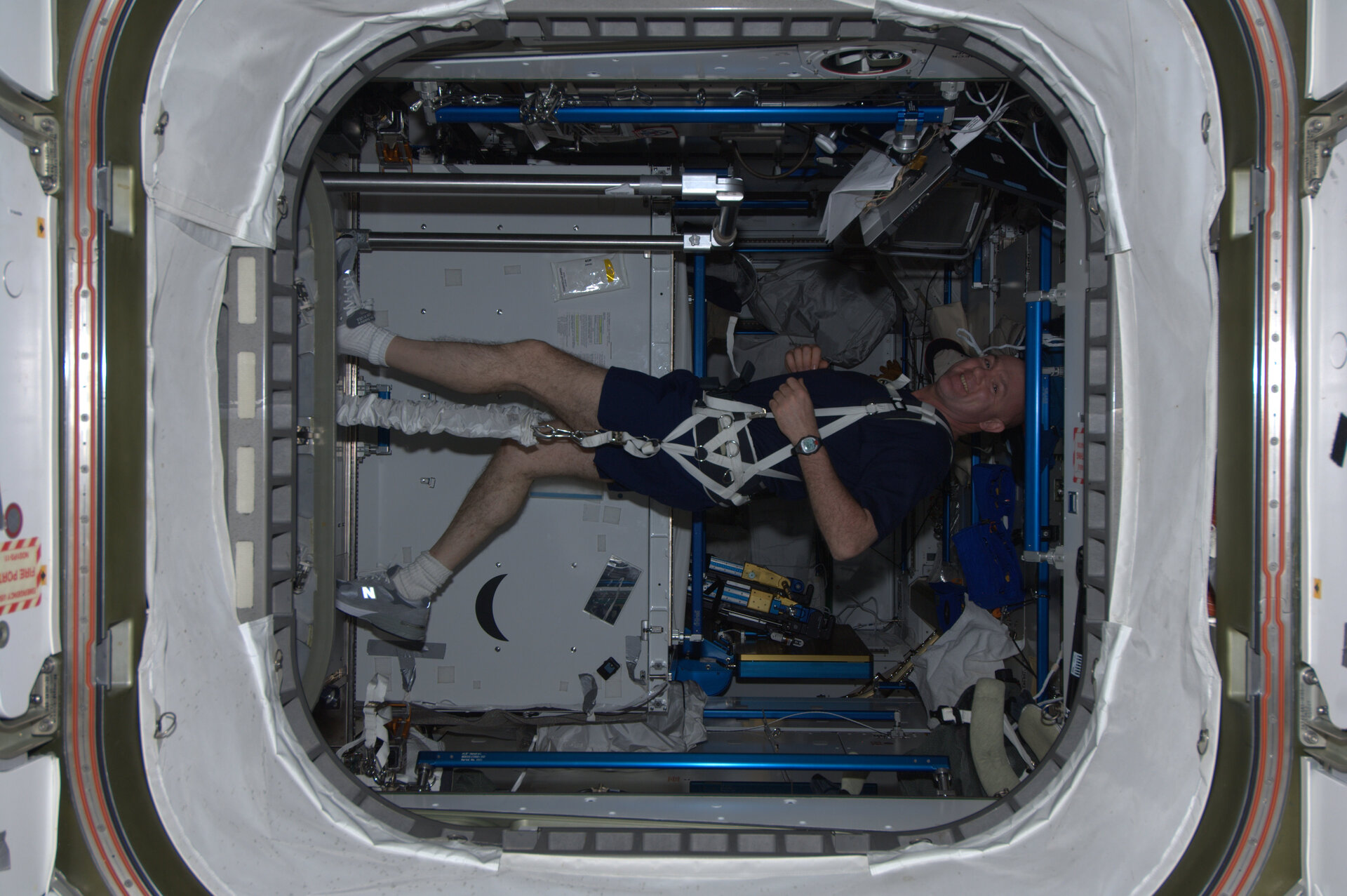 “We are fun, we are strong and we are enthusiastic, we are going to win Mission X!” claimed one school at the Mission X launch. They will have their work cut out, judging by the eagerness of other schoolchildren across Europe.

School teams, calling themselves Spacekids, Skyrunners, Moon Jumpers and Space Fit Five, demonstrated their singing and dancing at Space Expo in Noordwijk, the Netherlands, and presented their own models and videos.

The highlight of the events was a live video call with ESA astronaut André Kuipers on the International Space Station. Over a thousand children in Portugal, the Netherlands, Switzerland and Italy watched André demonstrate weightlessness in space. Some lucky children asked André questions via the live video link.

The competition has grown to more than 10000 children this year. Countries such as Japan and Colombia are returning and are being joined by new participants like Puerto Rico and Mozambique.

André’s video call marked the start of the six-week competition for the children to become as fit as an astronaut.

Exercise and healthy diets will earn points for school teams. ESA will award a prize to the European team with the highest score at the end of the competition.

One teacher from the Netherlands explained that the competitive element is motivating the children to perform better individually, but also to work as a team.

A teacher from Portugal added, “Children seem to feel a real connection with the live broadcast and seem to understand physical activities better after having watched André floating around in space.”

As André explained, astronauts need to keep extremely fit so they need to exercise at least two hours each day. The amount of food they eat and the number of hours they spend exercising is carefully controlled.

Davide from Italy said, “I love the opportunity to learn about the connection between physical activity and science, like how much energy we actually spend running and performing tasks – I never looked at physical exercise from this perspective.”

Building on this enthusiasm, the children will need to train hard for the next six weeks to stand a chance of winning the Mission X prize. If any children complain about sweating after exercise, they should think about André and his crewmates: there is no shower on the Space Station – they can ‘wash’ only with wet towels after exercising.