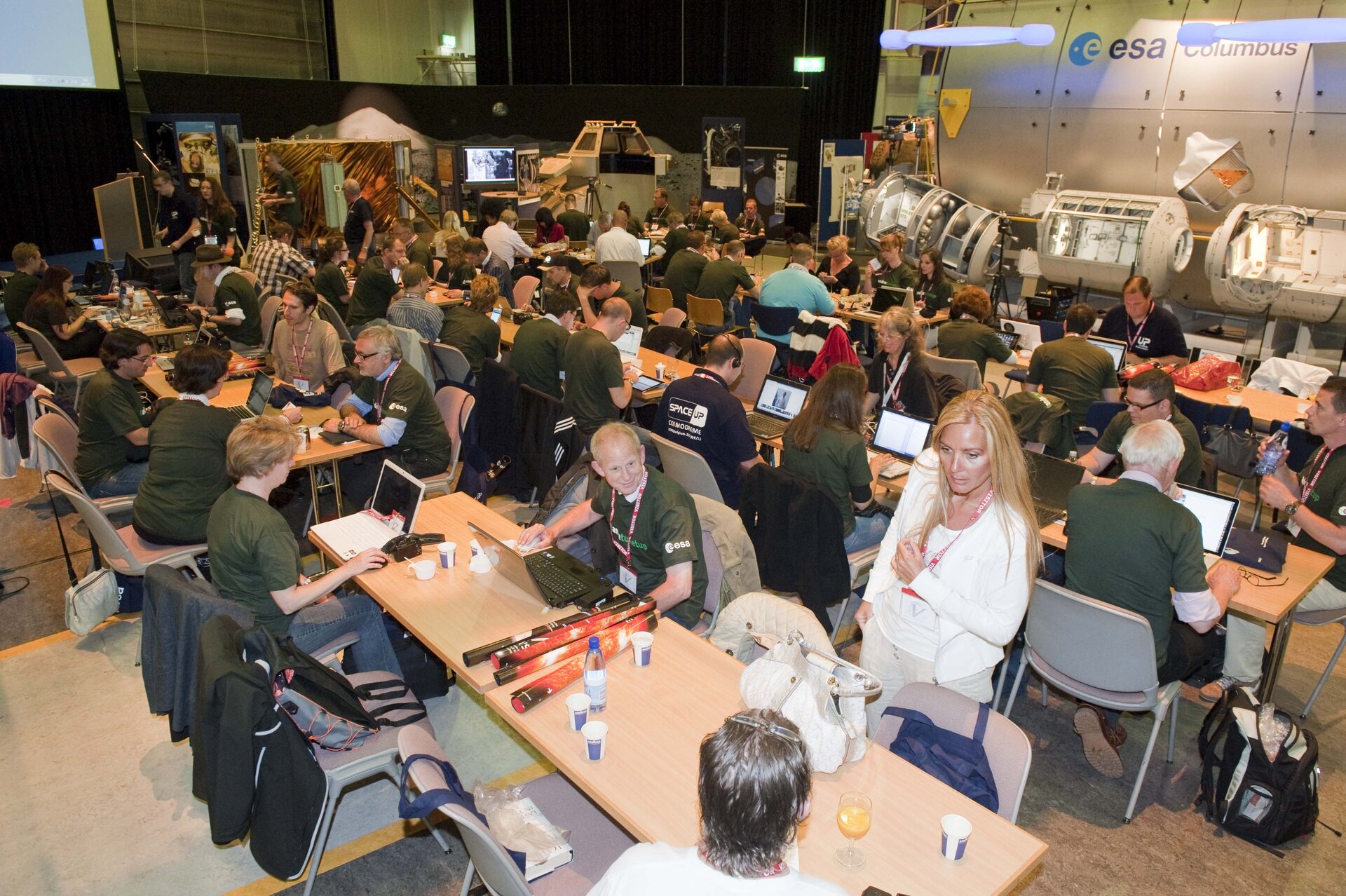 Eighty tweeps came to ESA’s technical centre in the Netherlands yesterday to talk to ESA astronaut André Kuipers in a live video call to the International Space Station.

Last April, people were invited via ESA’s Twitter account @ESA, to send a question they would like to ask André. The lucky group was chosen from more than 500 entries to attend the SpaceTweetup in ESTEC, the Netherlands.

10 Twitter followers then had the chance to ask their question directly to André, during the live call.

Mirjam from The Netherlands asked André: “Before you left, what picture did you definitely want to take, and have you already succeeded?”

André replied: “I wanted to take a picture of a little island in the South Pacific where I got married. It is not easy to find as the Pacific is so big and the island is so small.

“I finally managed to find it by comparing the shape of the islands with an atlas.”

Before the video call, the Twitter followers were treated to an interactive 3D tour of the Space Station, saw a zero-gravity drop tower in action and visited ESTEC’s test centre.

Invitees could control ESA’s Eurobot rover by sending commands via Twitter. Orders such as “move backwards 3 m” made Eurobot in Turin, Italy react as instructed.

While waiting for the call, the 80 winners met friends and made new ones. For some, it was an opportunity to see in person people they only knew via social media.

Tweeps from Spain, Italy, Germany, USA and many from André’s home country, the Netherlands, attended the event.

Graphic designers, actresses, educators, lawyers, archaeologists and even professional hurdlers were united by their passion for space.

Spacetweep extraordinaire Remco Timmermans made a presentation on his 21 December trip to Baikonur. He was one of only two tourists to brave the cold and see André launched into space.

In the run up to the live event yesterday, ESA astronaut Christer Fugelsang gave a personal account of his two missions to the Space Station as well as introducing ESA’s involvement in the orbital outpost, including the Automated Transfer Vehicle, Europe’s Columbus science module and the microgravity science programme.

After only 20 minutes the call was over, with loud applause from the audience as André waved goodbye.