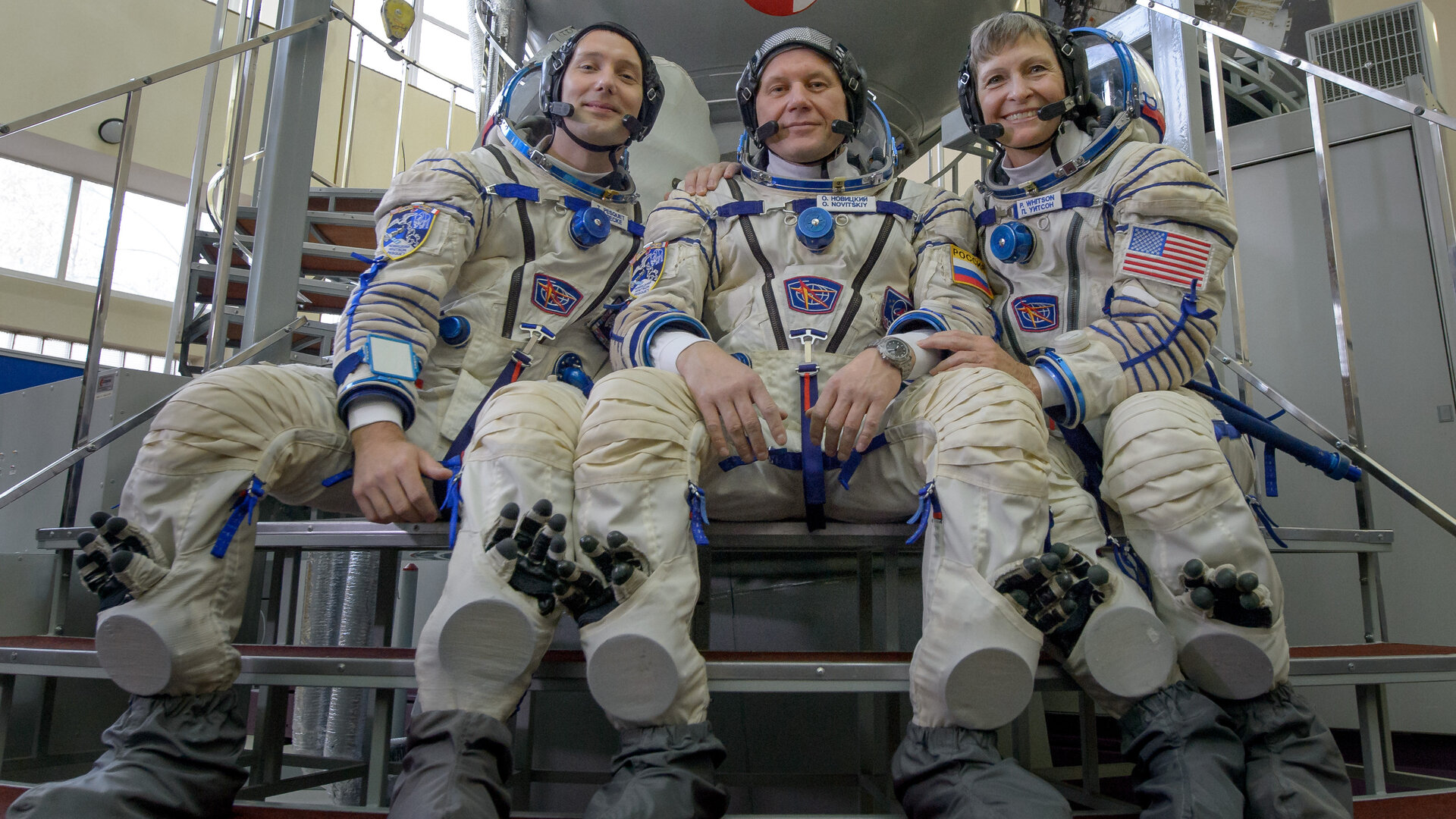 ESA astronaut Thomas Pesquet, NASA astronaut Peggy Whitson and Roscosmos commander Oleg Novitsky this week passed their final exams on the Soyuz spacecraft that will fly them to the International Space Station in November.

The trio enacted a launch and docking to the Space Station as well as a return to Earth in a full-size Soyuz mockup. Dressed in the Sokol pressure suits they will wear for launch, the final exam took the whole day.

Instructors tested the astronauts by programming serious malfunctions for them to handle. Before docking, the radio and control system stopped working – forcing commander Oleg and co-pilot Thomas to perform a manual docking.

Later in the day they ‘returned to Earth’ and suffered a leak in the backup oxygen tank and an engine malfunction when firing the thrusters, followed by a malfunction of the spacecraft computer.

The trio handled all these surprises to the satisfaction of the instructors and were declared ready to fly the Soyuz MS-03 spacecraft.

Thomas says, “We knew to expect some malfunctions and although the launch next month should be a lot smoother it is reassuring to know we work great as a team.”

The next day, Oleg, Peggy and Thomas held a press conference at Star City, near Moscow, Russia, before heading to Moscow’s Red Square. All Soyuz astronauts traditionally pay their respects to fallen cosmonauts by laying flowers at a memorial.

Thomas and his colleagues will leave for the Baikonur cosmodrome in Kazakhstan on 1 November for launch two weeks later. During their time in Baikonur they will be in quarantine to avoid taking bacteria and viruses to the crew already on the Space Station.

A final check of their spacecraft is planned for 11 November when it is atop of the Soyuz rocket that will launch them into space.

Follow Thomas via thomaspesquet.esa.int and check out the mission blog for updates. ESA will broadcast the launch live – more details to follow.