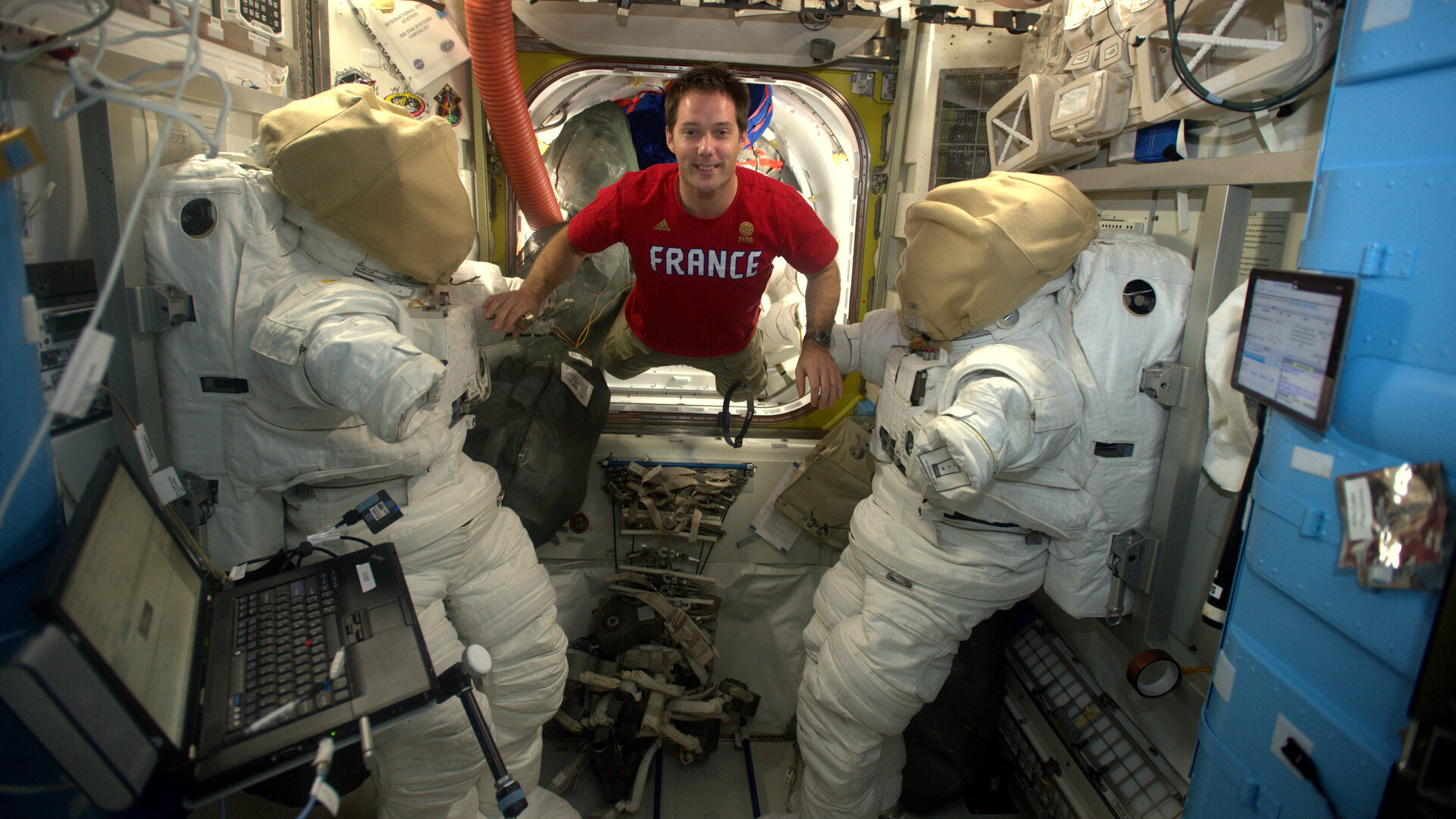 ESA astronaut Thomas Pesquet will be the 11th European to perform a spacewalk when he ventures outside the International Space Station next month.

Lasting up to seven hours on 13 January, its goal is to ensure the power supply of the International Space Station from the 2500 sq m of solar panels.

The Station commander, Shane Kimbrough, will lead the spacewalk, accompanied by Thomas.

At NASA’s mission control in Houston, ESA astronaut Luca Parmitano will direct the duo as lead communicator – a recognition of ESA’s expertise in Station operations.

Luca is an experienced spacewalker himself, undertaking two sorties during his six-month mission in 2013.

Luca will guide the pair in space through their complex tasks, offering radio support.

Two January spacewalks are needed as part of an upgrade to replace older-technology batteries with newer lithium-ion designs. Batteries store power for supplying the Station as it flies through Earth’s shadow.

Adapter plates that arrived on Japan’s HTV cargo ferry this week will be moved to an external platform by the Station’s robotic arm before the spacewalk.

When Shane and Thomas head outside, they will collect the adapters, install them, and reattach the batteries.

Preparations for these complex operations started well in advance, Thomas noted on his Facebook page: “We have started well in advance to prepare for the spacewalks of January. It is a lot of work to service the suits and get them ready, get familiar with the choreography and prepare the tools and equipment. Not even mentioning the thousands of hours of work for all the personnel on the ground.”

More detailed information about the spacewalk will be provided on the Proxima mission blog and in a NASA media conference on 4 January.