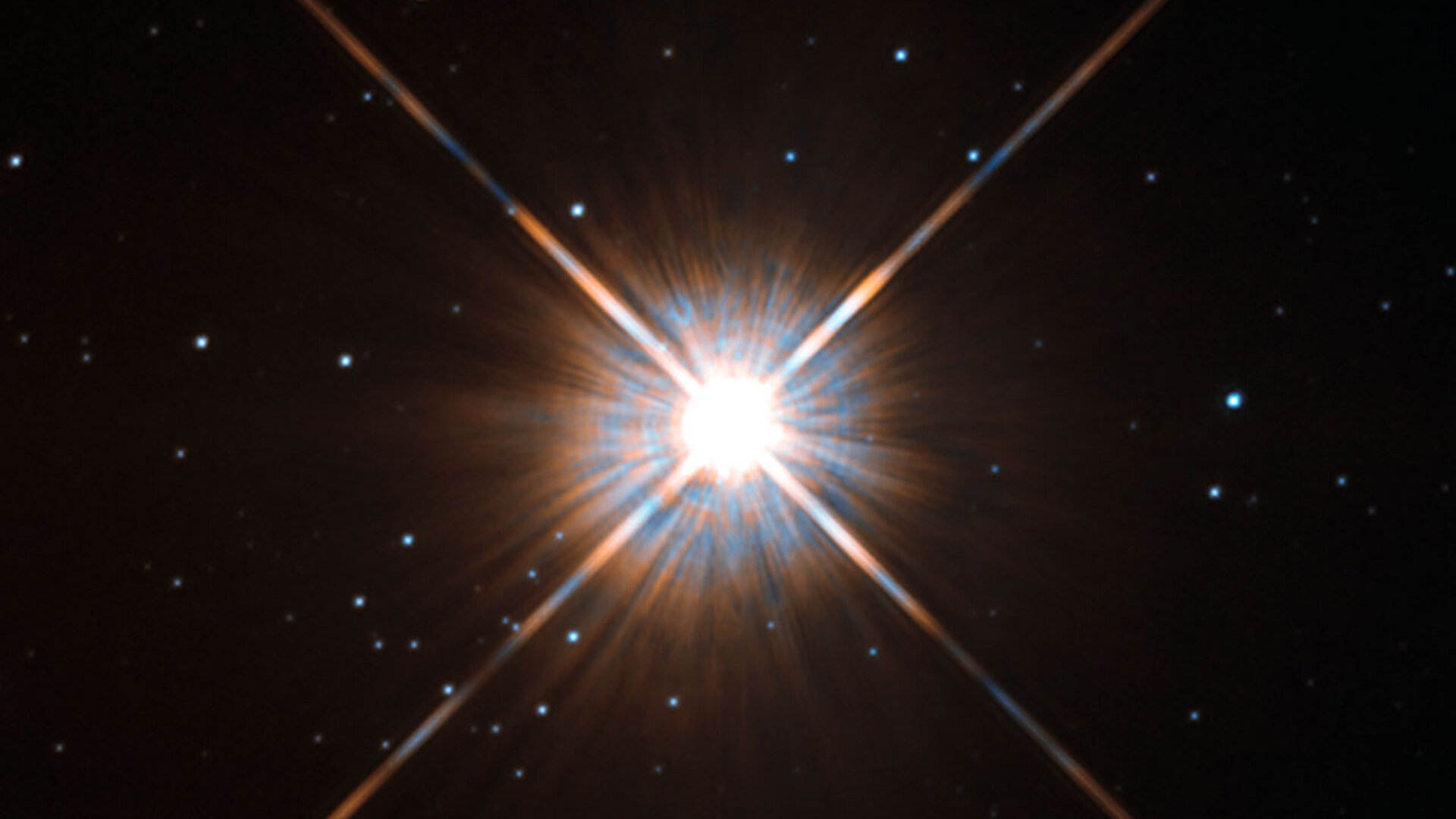 When an ESA astronaut is assigned a mission we usually ask the general public to suggest names. The Proxima name for ESA astronaut Thomas Pesquet’s six-month mission to the International Space Station was chosen from over 1300 entries to a competition held in 2015.

The winner was provided by 13 year-old Samuel Planas from Toulouse, France.

“Proxima is the closest star to our Sun and is the most logical first destination for a voyage beyond our Solar System,” explained Samuel. “Proxima also refers to how human spaceflight is close to people on Earth.”

The logo continues the exploration theme, with star trails evoking future space travel and exploration beyond low-Earth orbit. Two stylised planets can represent our Earth and Moon or the Moon and Mars.

The ‘x’ in Proxima is centred in the middle of the patch to signify the star Proxima Centauri. It also refers to the unknown as well as Thomas being the 10th French space voyager.

The three vertical lines form the distinctive outline of the International Space Station as well as representing the colours of Earth, the Moon and Mars, while hinting at the French national flag. Minister Mandon handed Thomas a French flag during the press conference to carry into space.

Thomas commented: “I am really pleased with this mission name and the logo. It ticks all the boxes I had in mind by continuing the naming tradition for French astronauts and recognising the legacy of human spaceflight so far while also being forward-looking and futuristic.”

“I invite everyone to follow the adventure on social media. Another reason I chose Proxima was because I want to stay close to Europeans,” said Thomas during the unveiling of the logo.

“It highlights how human spaceflight is at the service of our planet through scientific results and exploration, and I want to share the experience and inspire the public.”

Thomas flew to the International Space Station in the Soyuz MS-03 spacecraft as part of Expedition 50/51, with cosmonaut Oleg Novitsky and NASA astronaut Peggy Whitson. Each Soyuz spacecraft and Expedition has its own patch.

The Soyuz MS-03 crew patch was designed by Luc van den Abeelen featuring a classical 'shield' design. The flags represent the countries of the astronauts on this international space mission and the name of the spacecraft and the Roscosmos logo crown the design. Three animals symbolise each of the crew members occupying three quadrants, while a fourth quadrant depicts the Soyuz spaceship, shown flying towards the Space Station's docking target. The eagle is taken from the state seal of Iowa, the birth state of US astronaut Peggy Whitson. The Zubr buffalo from Belarus represents the Russian commander's origins while the lion represents Thomas's origins from Normandy in France. Behind the crew's family names, a mountain in the Caucasus mountains is shown: Kazbek which is also the callsign for the crew.

Expedition 50 began with the departure of Soyuz MS-01 in October 2016. When Thomas, Oleg and arrived at the Space Station in November on Soyuz MS-03 they joined the second part of Expedition 50.

Expedition 51 patch
Thomas, Peggy and Oleg transferred from Expedition 50 to Expedition 51, which began with the departure of Soyuz MS-02 in April 2017. They were joined by cosmonauts Alexander Misurkin, Nikolai Tikhonov and NASA astronaut Mark Vande Hei later that month.