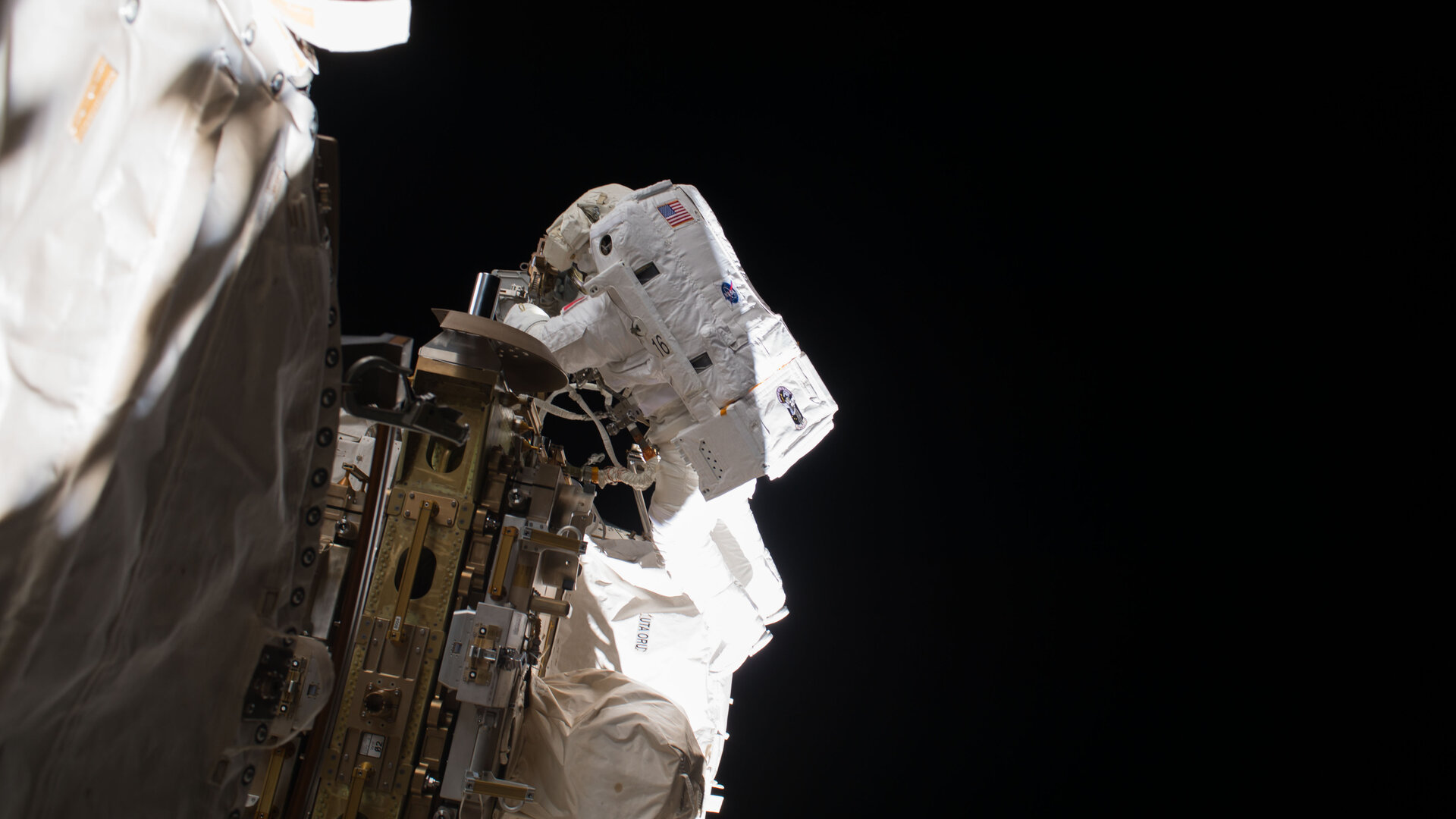 They spent six hours and 34 minutes outside working on upgrading the Space Station’s computer systems, replacing lights, checking for leaks in the cooling system and maintaining the Dextre robotic hand.

Thomas and Shane worked separately throughout their sortie. Thomas commented, “We saw each other only twice: at the beginning and at the end.”

Shane replaced a computer with an upgraded model that will allow future commercial spacecraft to visit the Station, and he disconnected a docking adapter that will be moved to another position by robotic arm at a later date. He also replaced two cameras on the Japanese Kibo module whose lights had failed.

Meanwhile, Thomas worked for around three hours on each of two tasks. First, he inspected the Station’s cooling system for leaks. He took photos and videos as he patted and prodded the cooling pipes to see if any coolant leaked out. No leak was found but ground control will now analyse the images in detail.

Thomas’ second task was to maintain the multipurpose robotic hand Dextre – he had the laborious job of applying lubricant. After setting up a foot restraint to allow him to work with both hands, NASA astronaut Peggy Whitson moved Dextre into position using the controls inside the Station.

This spacewalk is the first in a trio in quick succession. Peggy and Shane will head outside on 30 March to connect the docking adapter at its new port and install protective covers, as well as installing another upgraded communications computer.

Depending on when supplies arrive, a third spacewalk, with Peggy and Thomas, is planned for 6 April. Their work will include replacing an avionics box that will arrive on the next cargo vessel.