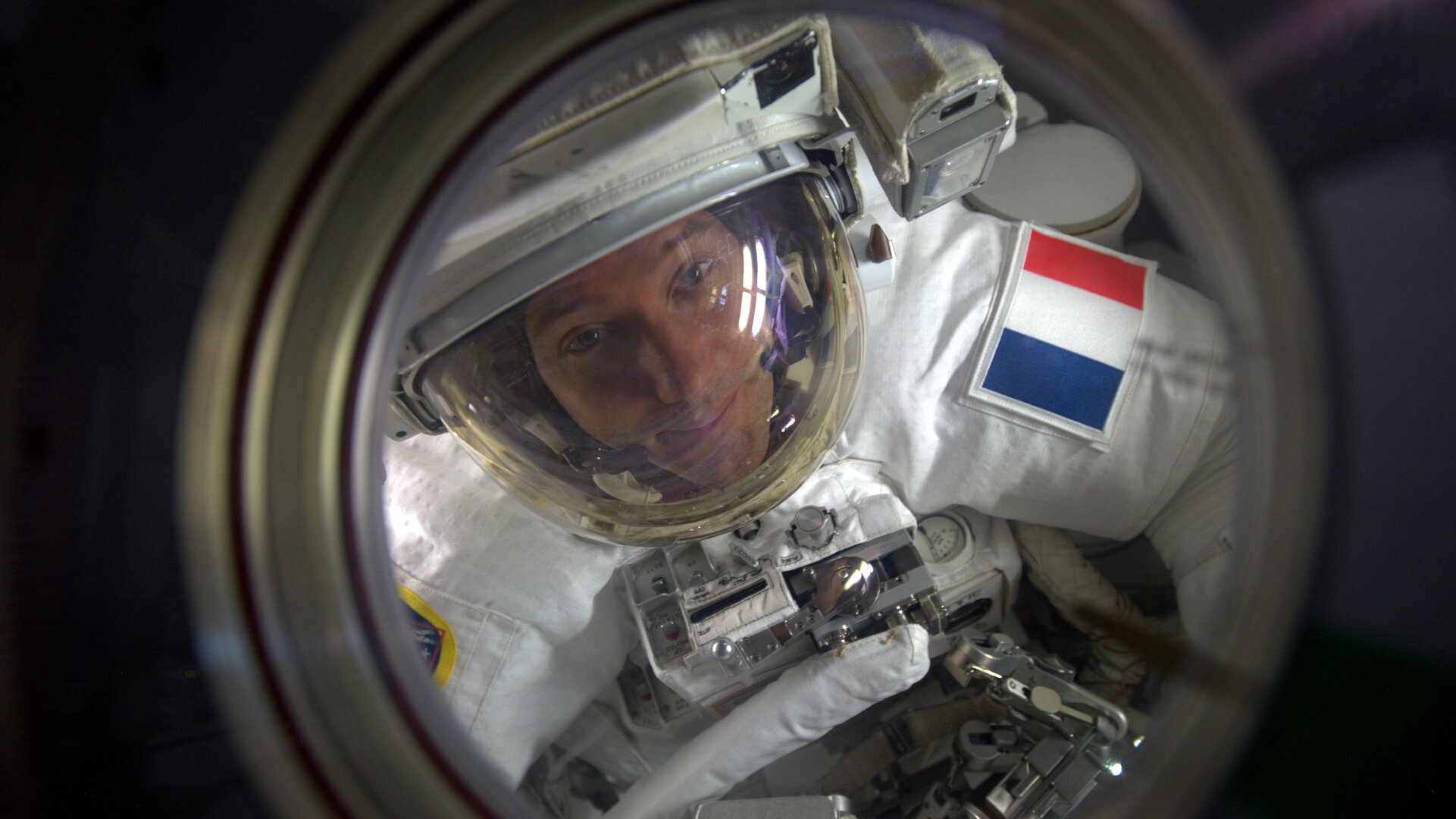 The main task was to replace nickel-hydrogen batteries that store electricity from the Station’s solar panels with newer lithium-ion batteries that arrived recently aboard Japan’s cargo vessel.

Thomas and Shane’s speed allowed them to perform a number of extra tasks once they had installed the batteries. They retrieved a failed camera, installed a protective cover on an unused docking port, moved handrails in preparation for future spacewalks and took pictures of external facilities for ground control to analyse.

This spacewalk was the second in a week to upgrade the Station’s power supply. NASA astronaut Peggy Whitson and Shane spent six hours and 32 minutes outside installing adapter plates and connecting three of the six new batteries on 6 January.

They practised this spacewalk for months on Earth at NASA’s Johnson Space Center, USA, and spent the last few weeks in space working intensively to prepare the spacesuits and tools for the sortie.

Luca is an experienced spacewalker himself, undertaking two sorties during his six-month mission in 2013. Luca guided the pair in space through their complex tasks, offering radio support and informing them of their extra tasks later in day.

With the time-consuming spacewalk over, the Station returns to normal operations, with many experiments using weightlessness to advance our knowledge.

Thomas is performing around 50 scientific experiments for ESA and France’s CNES space agency, as well as taking part in many more research activities for the other Station partners.