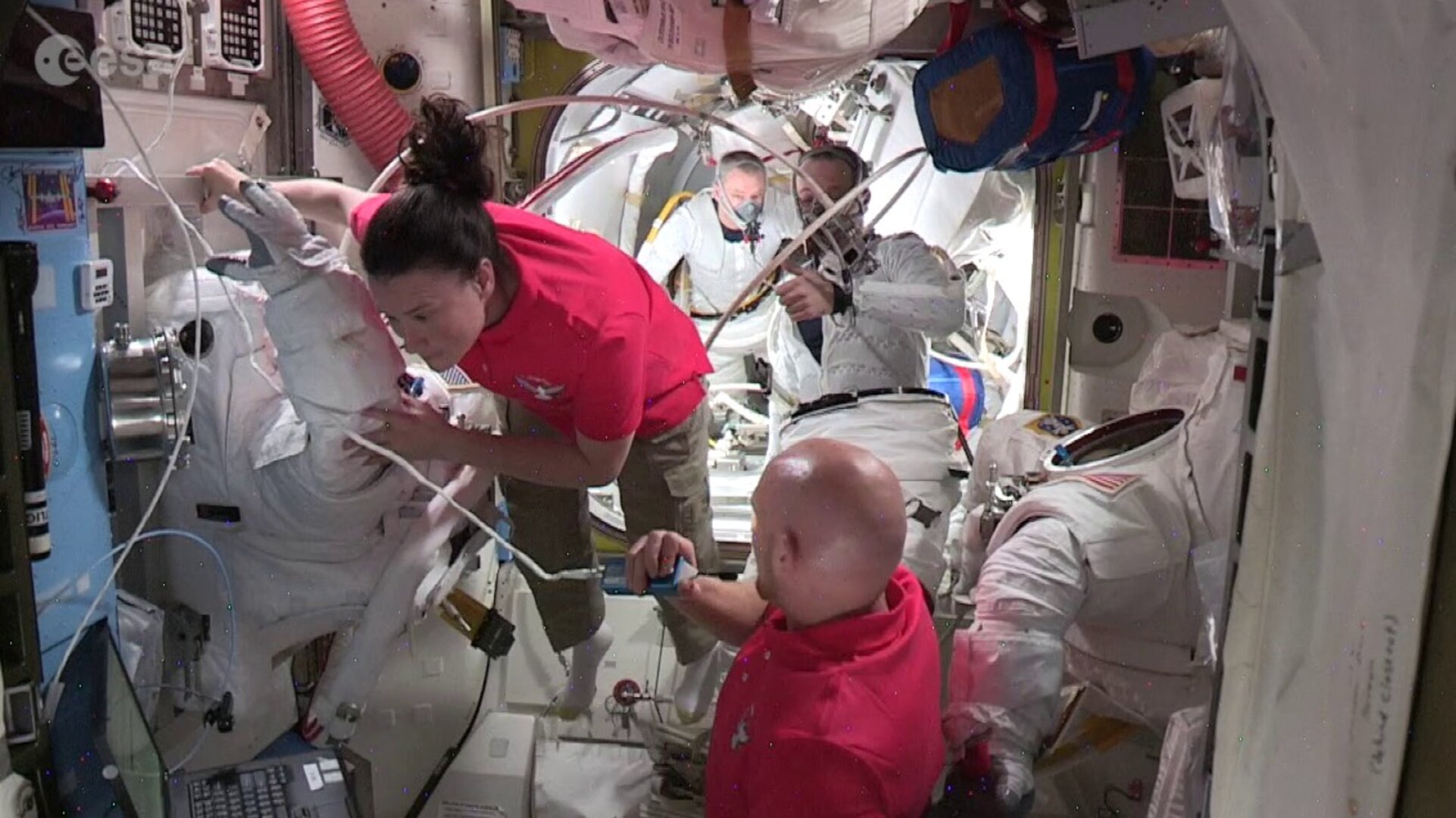 ESA astronaut Andreas Mogensen may be stationed on the ground, but his expertise was vital to the recent spacewalk of two NASA astronauts, Drew Feustel and Ricky Arnold. From maintaining constant radio contact on the day, to simulating activities underwater and planning for emergencies months in advance, he shares what it takes to make a spacewalk run smoothly as Europe’s second ever ground support in radio contact for a spacewalk.

Known to the crew as an EVA (extravehicular activity), each spacewalk provides a valuable opportunity to carry out repairs, test new equipment and even perform science experiments beyond the confines of a spacecraft. Exiting the International Space Station however brings heightened risk and activities are planned down to the minute.

As ground IV for the spacewalk on 14 June 2018, Andreas was Drew and Ricky’s key point of contact and led the pair step-by-step through their spacewalk over the radio.

Speaking from his post at NASA’s Johnson Space Center in Houston, USA, he says preparation for a spacewalk takes a whole team and starts anywhere from six months to a year in advance.

“Typically, there is one main task. In this case, it was to install two high definition cameras at the front of the International Space Station that will be used for the first flights of the new SpaceX and Boeing spacecraft,” he explains. “As the main task is unlikely to last the full six and a half hours of spacewalk time, the team looks at what other priorities can to be accomplished and how they could fit around this.

Each spacewalk is performed underwater in a big pool known as a Neutral Buoyancy Laboratory. Astronauts on a spacewalk do not always have the opportunity to simulate the entire sortie before they launch so the input of others like Andreas is crucial.

“I was able to participate in two underwater development runs, so I got a good understanding of the spacewalk,” Andreas says. “These development runs help the team refine the timeline – sometimes tasks will get cut and other tasks get added. Once we are confident of a fairly good plan, it is run a final time for evaluation by the wider EVA division and other astronauts who look at everything from feasibility to efficiency and rescue scenarios."

In addition to the underwater run-throughs, the flight-control team – of which Andreas is part – also carry out simulations to ensure they are prepared to respond to any unexpected events or emergencies spacewalkers might encounter.

No emergencies occurred on the day itself, but not everything ran as expected. “We had two issues,” Andreas explains. “In order to hook up the cables leading to the cameras, Drew and Ricky needed to open a panel to access some cable connectors. One of the fasteners holding the panel in place was stuck so Drew had to come up with a way of accessing it. Then, once we had finished accessing it, he had to use two long-duration tie-down tethers to hold the panel in place.

“At the same time, once we had hooked the cables up to the cameras, we found some of the pins were misconfigured so the cameras were not getting data. Luckily, the flight control team was able to fix that as well without losing time, but we certainly had some challenges thrown at us in the beginning.”

While Andreas is not scheduled to take up the same task in further spacewalks this year, he hopes to be involved in the future. He says an average year can contain anywhere up to six spacewalks, depending on tasks in need of completion.