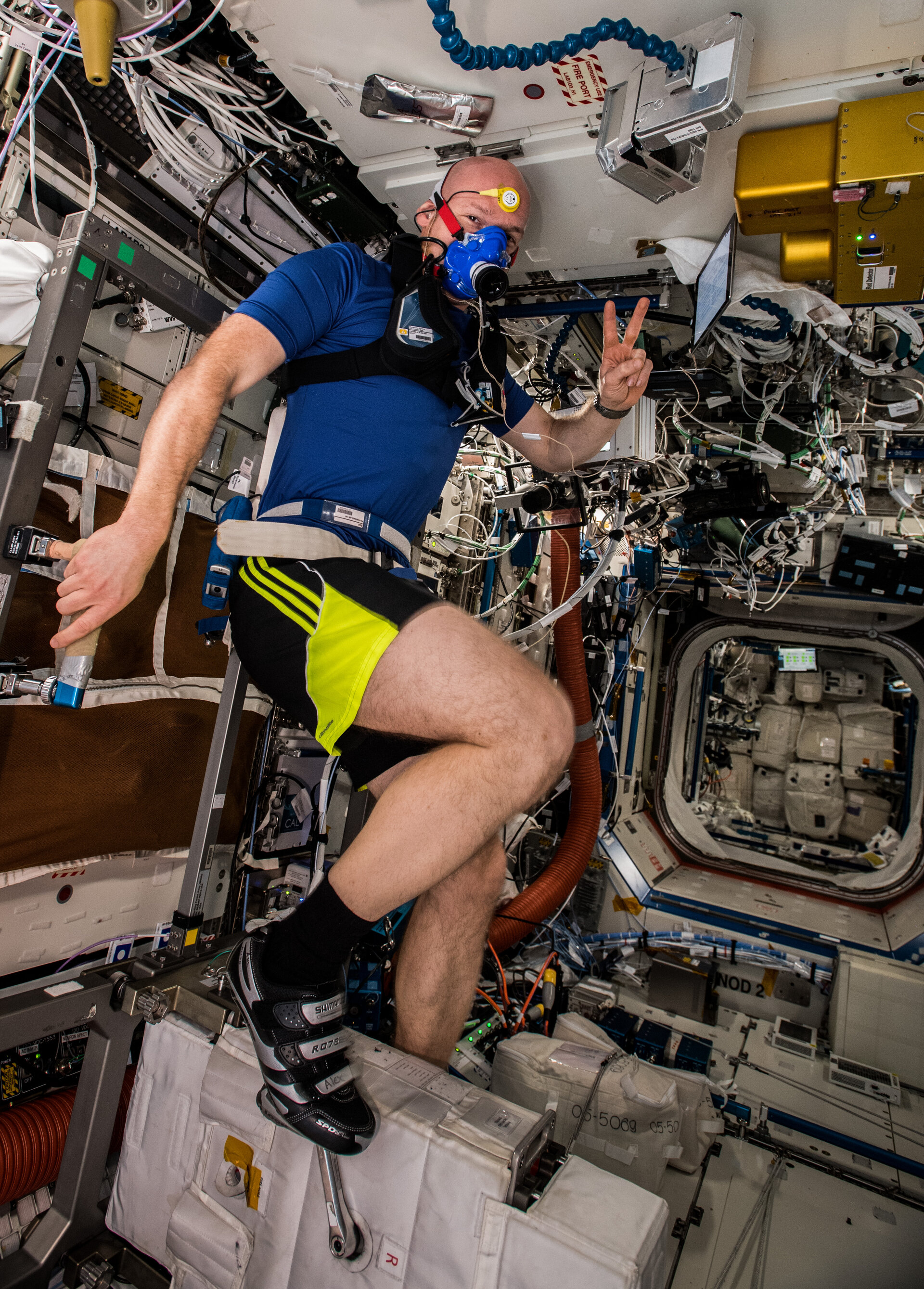 The bones in your body are constantly dissolving – but don’t worry, healthy people naturally create new cells daily to repair and keep your bones strong. This process of disappearing bone is called osteoclast and its rebuilding at the cellular level is called osteoblast.

For most people this natural cycle happens continuously without us being aware of it. For astronauts and people suffering from osteoporosis something hampers the creation of bone-forming cells, causing their bones to slowly waste away and become more fragile.

On average astronauts in space lose 1% bone density a month due to living in weightlessness. Astronauts recuperate back on Earth but sending humans to explore our Solar System on long missions poses serious problems. They might not be able to withstand the gravity on a distant planet after months of travelling through space.

For researchers trying to understand the phenomenon, studying how bones react to spaceflight is crucial. It offers a way to research immediate changes that take weeks to manifest on Earth.

The InVitroBone research teams from Italy and France sent the facility into space on the SpaceX Dragon cargo ferry to the International Space Station. The facility is the size of a desk drawer and held two sets of three experiments that monitored bone cells as they reacted to spaceflight in different conditions.

The less time the bone cells spent on Earth, the better for the scientific results, so the researchers had to get everything ready for the last possible moment – 32 hours before liftoff. Working backwards from that moment required careful planning, coordination and practice.

The consortium  wanted to see if the Irisin protein that has been found to increase bone and muscle growth on Earth works in space too. The results can give clues to how the protein works and might one day be used by astronauts to help them stay healthy. Other experiments looked at how human stem cells turn into bone-forming cells – or adipocytes – in microgravity, this is fundamental to understand what is happening in astronaut’s bones.

The facility is automated, requiring only electricity to run, so astronauts simply moved it from Dragon’s cargo hold to the US Destiny laboratory during its 35-day stay in space. Inside, the cells were fed with fluids at set times all while being monitored from Earth.

Science on a timer

After circling Earth over 500 times the experiment was retrieved after the Dragon splashdown in the Pacific Ocean. From there the equipment was shipped to the payload manufacturer in Canada for refurbishment and the science samples were sent back to each of the science labs for detailed analysis. As a follow-up, the mission hardware and science went through preparations for a reference test at ESA’s Life, Physical Sciences and  Life Support Laboratory at its ESTEC technical centre in Noordwijk, the Netherlands.

The researchers recreated the exact same experiment – minus the microgravity – as a control study to compare results. Preparing the cells, structure, syringes, fluids and so on is a painstaking job that needs to be done meticulously for scientific value.

“Preparing samples in a lab with petri dishes is easy compared to getting everything ready for space where we cannot touch our experiments once launched” says ESA payload manager Nadine Boersma, “avoiding contamination and bubbles in the equipment is hard.”

The experiments have now completed their session on Earth with the researchers already thinking of expanding the study by running the experiments in hypergravity in ESA’s short-arm centrifuge.

ESA’s head of human research, Jennifer Ngo-Anh concludes: “The InVitroBone experiment is a showcase of how ESA covers many interesting topics that are relevant for space but also on Earth, combining science from space exploration as well as science that enables space exploration. There are many applications that stem from space research that have already led to cross-cutting societal and economic benefits and the results from InVitroBone will contribute to these.”