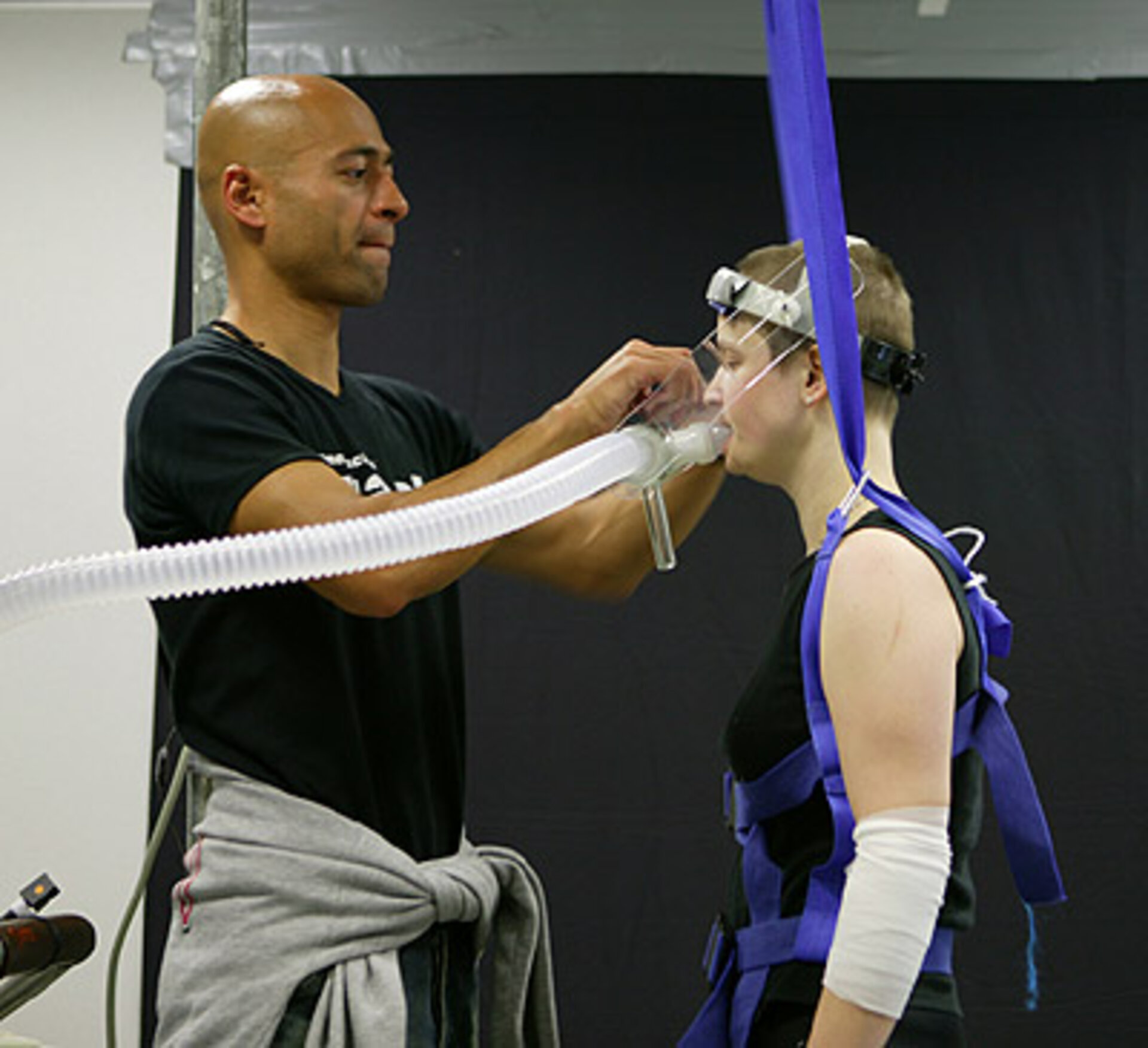 I really looked forward to the end of the bed rest. For me it wasn’t so much the fact of lying in bed, but more a question of independence. Being able to heat up your own water for a cup of tea again takes on a whole new significance.

I was never tempted to stand up, even if things got difficult at times. It wasn’t the lying in bed itself that was hard. I was always convinced that if I had a problem, it could be solved. And in the end I always knew: it will end some day soon.

I found it very difficult not being able to decide for myself what I want to do and when. This was at the root of one of the hardest periods for me. During the bed rest our calorie intake was increased or reduced to control our weight.

To begin with the food I received had too many calories, and even though I said it didn’t make sense, it was only reduced after I had put on nearly 2 kg in just two weeks. Now I found I was hungry all the time – poor Dorota bore the brunt of that! During this time I lost about 3 kg.

Suddenly though I stopped feeling hungry. Although I had asked sooner, I discovered after a few days that the calorie count had been increased again. That was a really difficult moment for me: I needed to be confident that they would tell me everything going on with my body during the experiment.

I really enjoyed all the tests we had to take part in for the experiment. Each time it reminded me that we were doing something important. I came to understand what and why they were doing this or that.

The day I got up was euphoria: I can move! The ten days after that were some of the hardest of the whole experiment. We still had a lot of tests to do. For a lot of the scientists the experiment only really started now and although we could stand up and walk around we were restricted in what we were allowed to do. It was very frustrating!

During the final ten days in the hospital we started our recovery with an individual exercise programme. It felt good, and mentally it really helped. Things were starting to wind down at the centre. Everybody was leaving: the nurses, the scientists. It was difficult to see them go; we weren’t allowed to leave yet and it felt a little as if we were being abandoned. Everybody was trying to find their way back to normal life.

Back to normal life

When I finally got back home it felt like I was never away. The first five days I met up with my parents and with my friends. I then left for two weeks for a ‘working holiday’. The first time in four months all on my own!

I don’t think I am back to normal yet. I have to try to slow down. I am trying to do everything at the same time: eating good food, building up my muscles and getting to grips with everything I have experienced in Toulouse.

I have to learn that I, hopefully, still have my whole life to do exactly what I want!