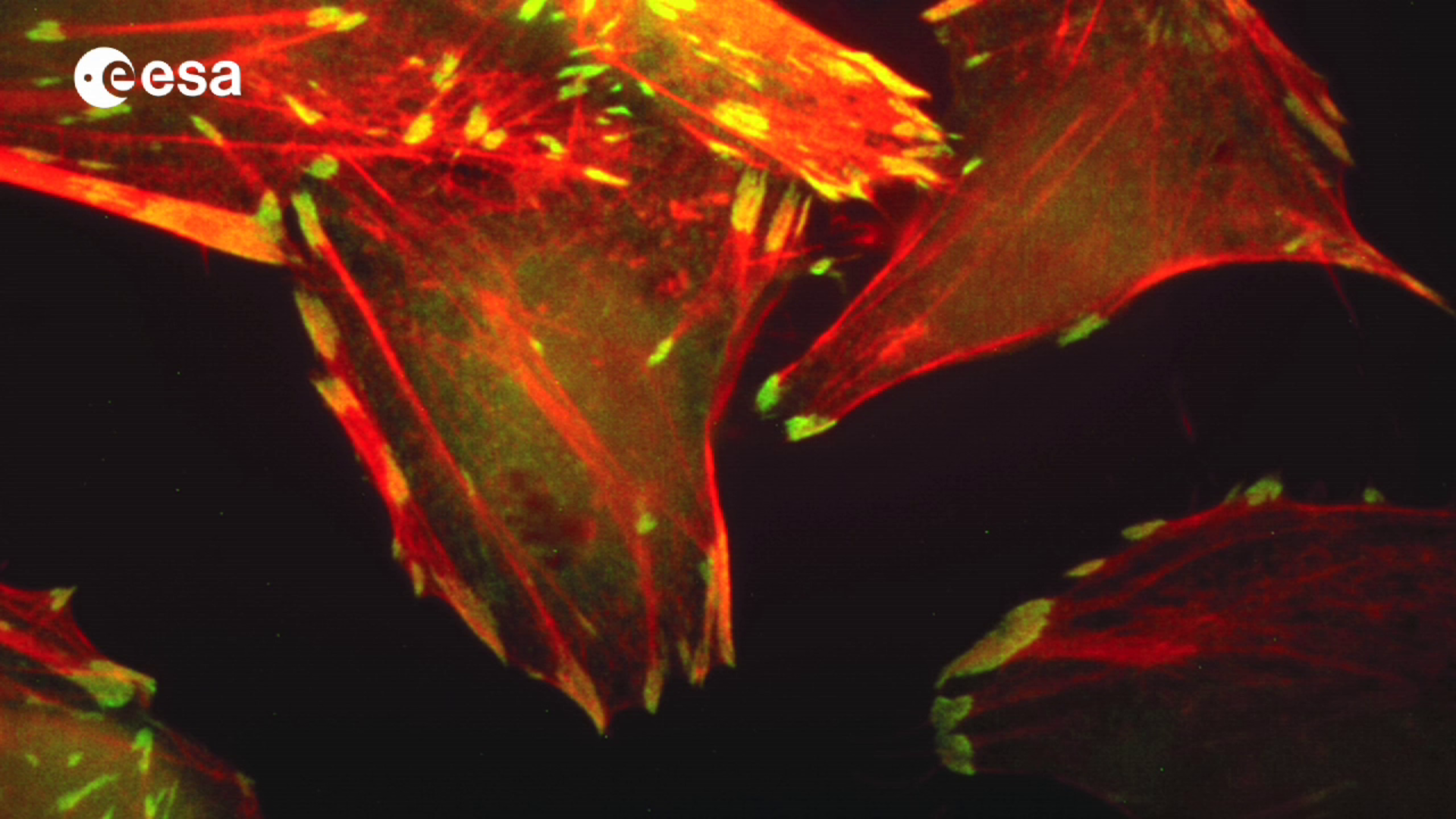 What are the limits to life and can it survive space travel? Can life hitchhike across the Galaxy, and where did life come from to begin with? How can we protect life on Earth and avoid contaminating other planets we explore? Exobiology seeks to answer these questions and ESA research is at the forefront of finding answers.

ESA has already found life that can survive spaceflight. Both lichen and small organisms called tardigrades or ‘water bears’ have spent months attached outside the International Space Station and returned to Earth alive and well.

The Agency has a long history of experiments exposing life to the harsh conditions of space. The atmosphere protects all life from the Sun’s UV rays and cosmic radiation so satellites are the only way to experiment with the space environment.

The International Space Station offers a practical permanent laboratory for exobiology research and multiple experiments have submitted life forms to the daunting environment outside our protective atmosphere.

Bacteria, seeds, lichens and algae are repeatedly frozen, thawed, vacuum-dried and exposed to radiation for months. The samples endure temperature swings from –27oC to +46oC, crossing the freezing point 569 times as they orbit Earth during a six-month mission. The results of the Expose-E study were published in a special edition of the Astrobiology journal.

Humans cannot survive in space without a spacesuit, but some life forms can. One lichen in the Expose experiment returned to Earth and continued to grow normally after living outside the Space Station for 18 months. Some plant seeds also sprouted back on Earth, showing a remarkable and unexpected resistance to open space.

Living organisms surviving in open space support the idea of ‘panspermia’ – life spreading from one planet to another, or even between star systems. It seems possible that organisms could colonise planets by hitching rides on asteroids. ESA is probing this intriguing theory on future Station missions with different samples.

More experiments will change parameters, adding a layer of protection to the experiment facility and recreating the atmospheres of Mars and other planets. Researchers can submit proposals to send organisms further afield on spacecraft that venture beyond low-Earth orbit.

The findings from ESA’s exobiology studies reveal the limits of life and also teach us how to protect life on Earth.