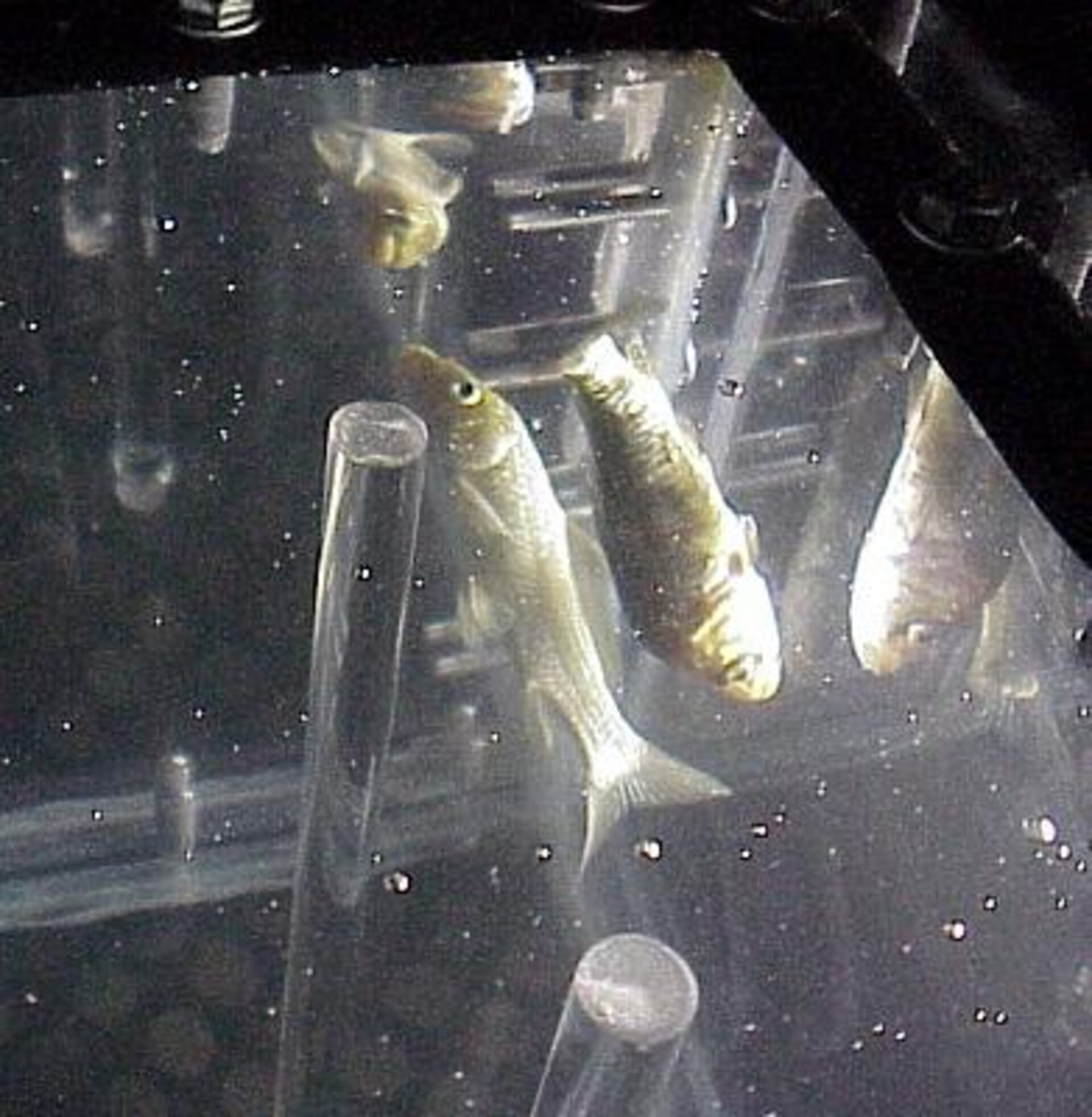 ESA's 31st parabolic flight campaign, on board the Airbus A-300 'Zero-G', finished on 18 October 2001. The 50 or so scientists who joined the campaign had only one aim - to make the utmost of this unique opportunity to gain new results in various fields, such as the physical and life sciences. Among the scientists were a group of Swedish students and their 'Flying Fish'.

The Swedish students, from the University of Lund, recorded the motion of four fish under various lighting conditions - from above, from below, from the side and without any light. Under microgravity the fish tended to align themselves so that the light came from above. When there was no light, the fish used pressure sensors on their body to align themselves with respect to rods installed in the aquarium.

While the fish survived the rigours of zero-g unscathed, others did not find things quite so comfortable. Help was on hand though in the form of the 'orange angels', the security guards, who as always were ready with the sick bags.

On each of the flight days, 16, 17 and 18 November, a total of 31 parabolas were performed. The flights were conducted over the Gulf of Biscay on 16 and 18 October and over the Mediterranean Sea on 17 October, under the safe and experienced piloting of flight commander Gilles Lebarzic from the 'Centre d'Essais en Vol', of the French Ministry of Defence.

Two TV crews joined the scientists on the flight campaign, one for a children's educational programme in Sweden, who were interested in the fate of the fish, and one from the German news programme SAT1.

In order to prepare the experiments and to install them safely in the 'Zero-G' Airbus, the scientists arrived in Bordeaux one week before the flights. Participation in a parabolic flight campaign not only requires special medical tests, but due to on board security measures each participant also has to undergo the so called 'Flight Briefing' one day before the first flight.

ESA's next parabolic flight campaign, the 32nd, due to take place in March 2002, may possibly include several parabolas at a partial g level of 0.4g which is equivalent to that experienced on Mars.

To learn more about the 31st campaign and the ten experiments which took part, please visit the following website: