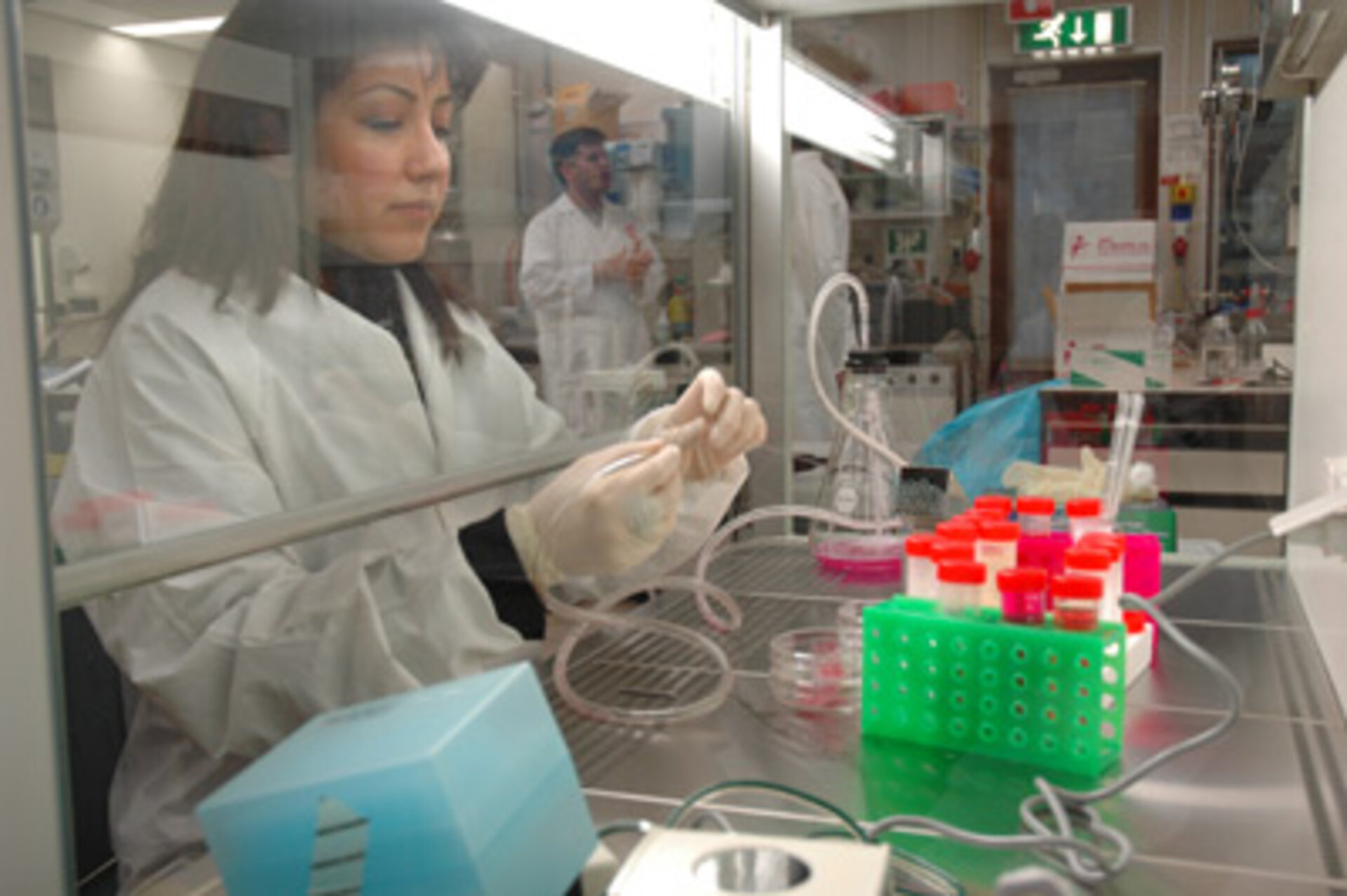 Over 60 scientists and technicians have taken up temporary residence in ESA's brand new microgravity science laboratory, where, for the coming days, they will rehearse procedures to prepare experiments for the Foton M3 mission later this year.

Scheduled for launch on 14 September 2007 from Baikonur Cosmodrome, Kazakhstan, the unmanned Foton M3 mission will carry 35 ESA experiments in life and physical sciences. The Foton capsule will spend 12 days orbiting the Earth, exposing the experiments to microgravity, and in the case of some experiments, to the harsh environment of open space, before re-entering the atmosphere and landing in the border zone between Russia and the Kazakhstan.

The science teams behind the mission's biology experiments are currently gathered at ESTEC, ESA's research and technology centre, in Noordwijk, the Netherlands, to practice the preparation of their samples and flight hardware - an important part of the time-critical countdown to launch.

The simulation - known as the ‘Science Verification Test’ - will exactly follow the timeline planned for the real flight in September. Counting back from the launch, which is expected on the afternoon of Friday 14 September, the ground crew in Baikonur will have precisely 24 hours a couple of days before the launch (from T-72h to T-48h) in which to install the payloads in the Foton capsule.

"To reach Baikonur in time for installation in the Foton capsule all the experiment containers will have to leave Noordwijk no later than 2 am on Monday 10 September," explains René Demets, ESA project biologist. A truck will take 2-tonnes of cargo directly from ESTEC to Rotterdam Airport. From there a chartered aircraft will fly the experiments to Samara, in Russia. After customs clearance and refuelling, the journey will continue to the remote launch site in Baikonur.

“For biology experiments the samples need to be prepared as late as possible,” adds Demets. “By gathering the scientists at ESTEC there will be five days between sample preparation and launch, giving the scientists the latest possible access to their experiments. It means that the teams will have to work day and night over the weekend to prepare their cell cultures and be ready and packed for a punctual departure early on the Monday morning."

Running through those procedures ahead of time gives the teams a chance to iron out any problems before the procedures are done for real in the autumn. Any mistakes or problems could put an experiment in jeopardy.

"What we might do wrong in the preparation stage can lead an experiment to fail," says Michel Lazerges, ESA project manager for the eEristo/eOsteo experiment, which investigates the influence of microgravity on bone cell biology.

The eEristo/eOsteo experiment is a cooperation between ESA and the Canadian Space Agency (CSA); the hardware is provided by CSA and the flight by ESA. Moreover, CSA will be making their ground tracking stations available for receiving science data from the Foton satellite.

"By testing and verifying everything in advance we push uncertainty to the last. If anything shows up during the rehearsal, we can take corrective action and make sure we have it right for the flight."

For the same reason, as in September when there will be no room for errors, the simulation will continue when the rest of ESTEC has closed down for the weekend. "We want to test the infrastructure fully," says Demets. "We need to know that we can work under these circumstances. How, for example, will we feed all these people during the weekend when the ESTEC canteen is not available?"

For Peter Schiller, manager of the microgravity science laboratory, this is also an exciting time. The Foton dress rehearsal will be the first wide-scale use of the brand new facility. "For us this is a chance to check out the new lab and to make sure that it fulfils its functions," explains Schiller.

After completion of the Science Verification Test, the next major milestone for the Foton M3 mission will be the Mission Simulation Test due to take place at ESTEC in April. During this test the system used to remotely control and monitor the experiments during the mission will be put through its paces.