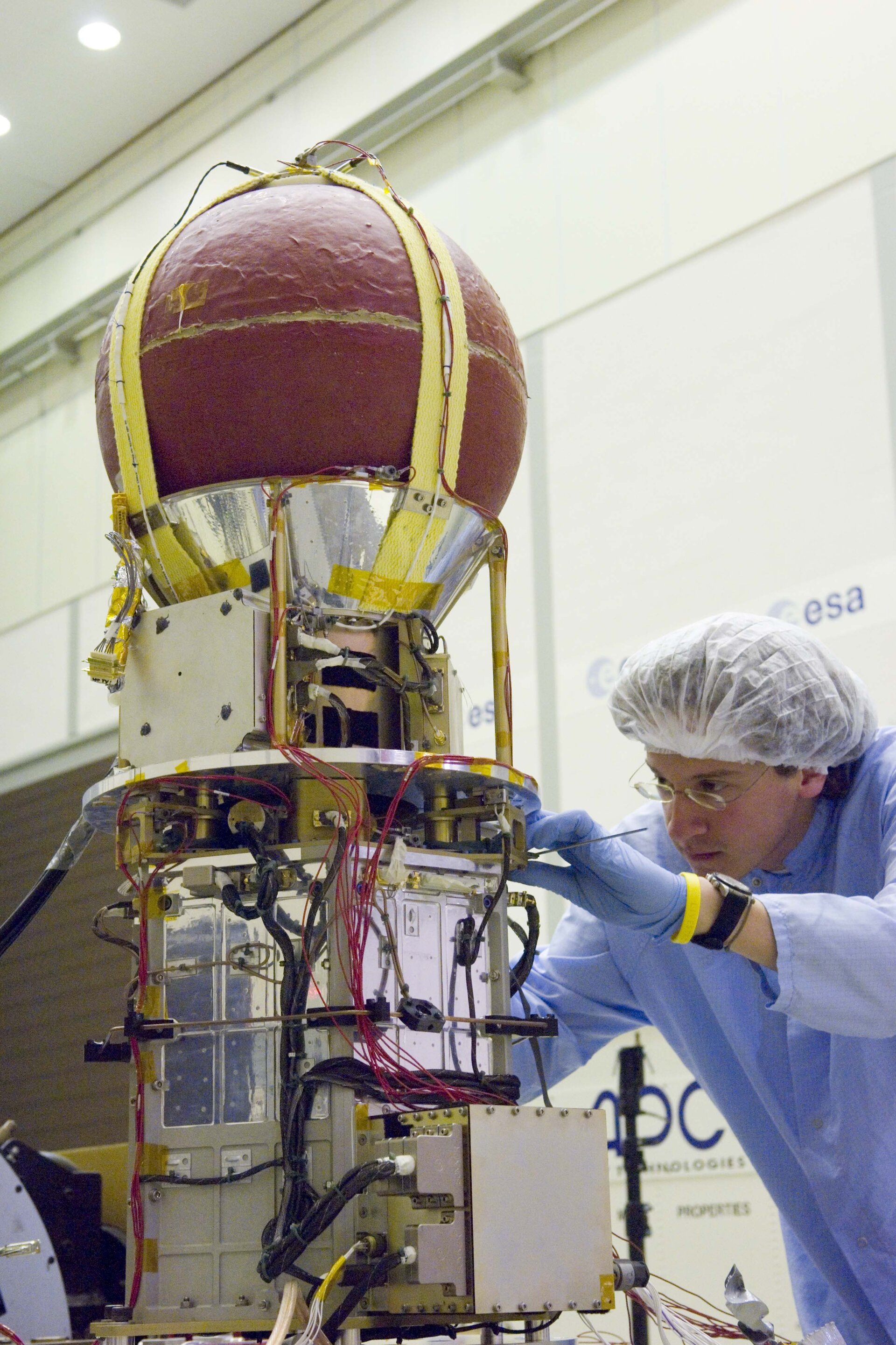 How do you deliver a parcel down to Earth from space without using a rocket engine and fuel? The answer is YES2, a student experiment that was built and tested at ESA's research and technology centre, ESTEC, in Noordwijk, the Netherlands. Today, YES2 will be transported to Russia.

Almost five hundred students from all over Europe have worked on the second Young Engineers Satellite (YES2) experiment in conjunction with prime contractor Delta-Utec. With that one of the aims of the mission has already been achieved, says ESA project manager Roger Walker from the ESA Education Department: "YES2 represents a whole collection of university dissertations and theses. Students have gained valuable hands-on experience that will certainly be put to good use immediately if they should continue in the space industry or come to work for ESA."

Besides the educational challenge, YES2 is also a demonstration of new technologies. For the first time in history a thirty kilometre long tether will be deployed in space. And it will be the first time a parcel will be shot back down to Earth from a tether.

The procedure is straightforward. The three-part experiment is mounted on the outside of the Russian research capsule Foton M3. In September Foton M3 will be launched into Earth orbit from the launch base at Baikonur. YES2 operations will start just before the Foton returns to Earth, when the student satellite is activated.

At an altitude of 260 to 300 kilometres a half millimetre thick, thirty kilometre long tether will be rolled out below Foton. This is so long, that the tether will even be visible from Earth in the night sky (from South America and eastern Russia).

At the end of the tether hangs the spherical re-entry capsule Fotino (the parcel). Because of gravity Fotino will swing forwards and back to the vertical. At exactly the right moment the mini-Foton is released from the tether and the slingshot places the capsule on a path towards the Earth's atmosphere, starting its return journey to Earth. A parcel delivery service from space, destination: a remote location in Russia.

A heat shield protects the experiment against the same heat the Space Shuttle faces during its return to Earth. Fotino uses parachutes to prepare for a soft landing. 'If the Fotino capsule lands in the area we are targeting, then our second mission aim is achieved', explains YES2 engineer Fabio De Pascale from Italy. 'If all instruments register the descent and landing, then the third scientific part of the mission is also accomplished.'

More than twenty experiments have been conducted in which a tether has been deployed in space. The longest so far was twenty kilometres and never before was a re-entry capsule attached to the end. Despite the weight of Fotino – six kilograms – the tether is just half a millimetre in diameter. YES2 engineer Marco Stelzer from Germany: 'The tether is made of Dyneema. The same material used by kite surfers to surf through the waves on the end of their kite. Strong stuff.'

If YES2 is successful it will be the first proof that 'space mail' can be sent to Earth using a relatively simple and cheap mechanism. In theory the re-entry capsule could weigh as much as tens of kilograms, says De Pascale. Enough to send experiments from the International Space Station down to scientists on Earth...