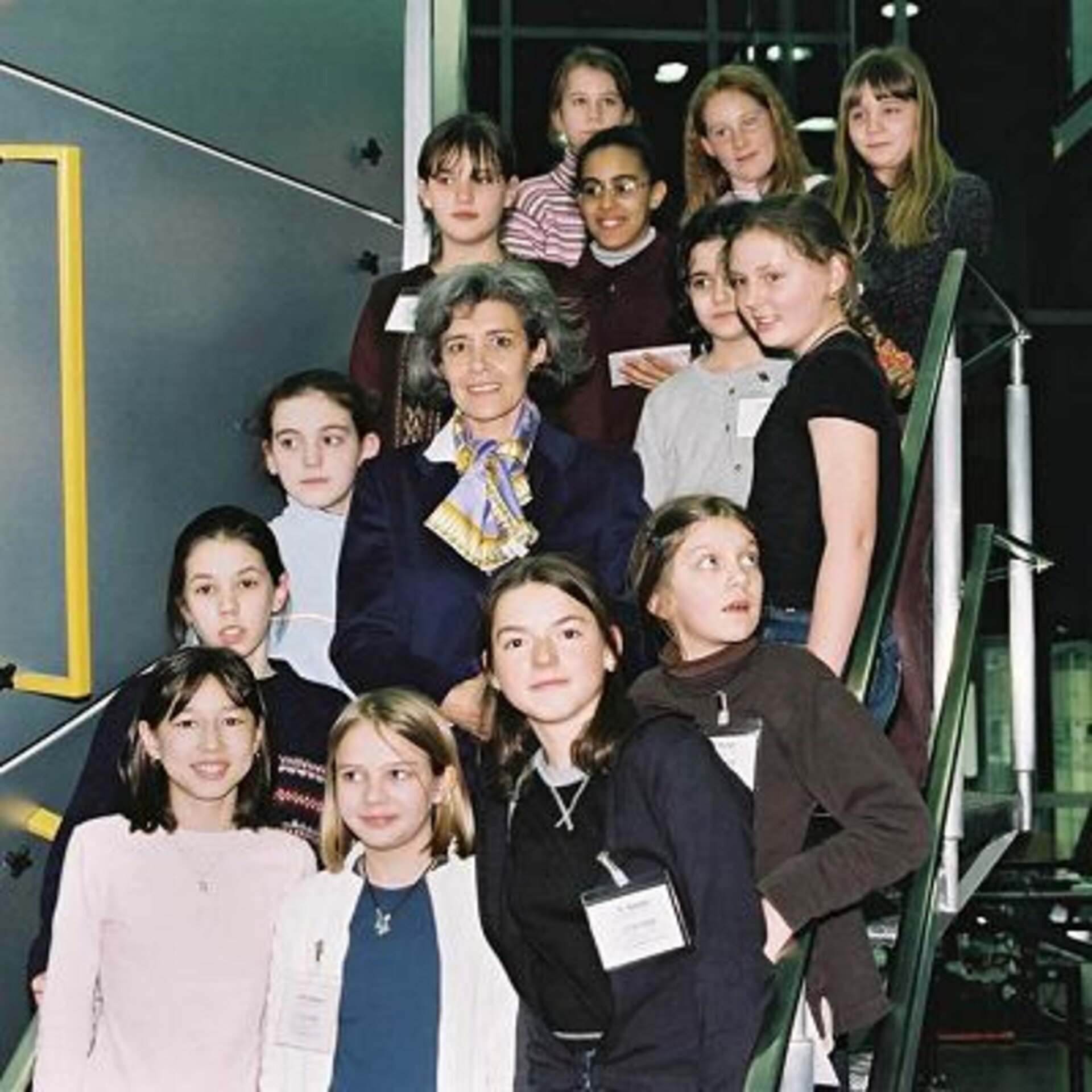 There is plenty of room in space for women, this was the important message that French astronaut Claudie Haigneré, the first European woman to visit the International Space Station (ISS), gave to the young girls she met on Thursday at ESA’s European Space Research and Technology Centre (ESTEC) in the Netherlands.

The girls were 13 students, aged from 10 to 13, who attend the French Lycée in The Hague. The meeting was very informal and the girls were able to bombard Claudie with questions on what life is like as an astronaut. Claudie told them that she was only 12 when she first decided she wanted to be an astronaut, a decision brought about by watching a documentary film in 1969 about the first person to set foot on the Moon.

Claudie introduced the girls to the International Space Station by ‘flying’ with them on a Virtual Reality Tour. The girls were particularly impressed with the video showing Claudie’s training and the build-up to her launch on 21 October 2001 on-board a Russian Soyuz launcher together with Russian cosmonauts Viktor Afanassiev and Konstantin Kozeev.

As Claudie told the girls, this meant that she had been able to use her Russian language skills during the Andromède mission. Although she found the technical words and phrases not too hard - as she was using them 8 hours a day - social conversation was a bit more difficult. But, Claudie told them, she made a big effort as she felt it was important to be able to interact socially with her fellow crewmembers as well as to try and understand their jokes

“On-board the ISS the working language is English, but as it is an international space station it is important to know more languages in order to bridge cultural gaps and to become a close group. By the end of the long training and the actual mission, you feel that your fellow astronauts are almost family” Claudie said.

When asked how to become an astronaut. Claudie explained that it is important to have an open mind. There is much more to the job than just education and training, especially when working with an international crew on-board the International Space Station.

At the end of the afternoon Claudie expressed how much she had enjoyed meeting the young girls, “I feel it is an important part of my job as an astronaut to motivate young women to enter the fascinating world of space”.