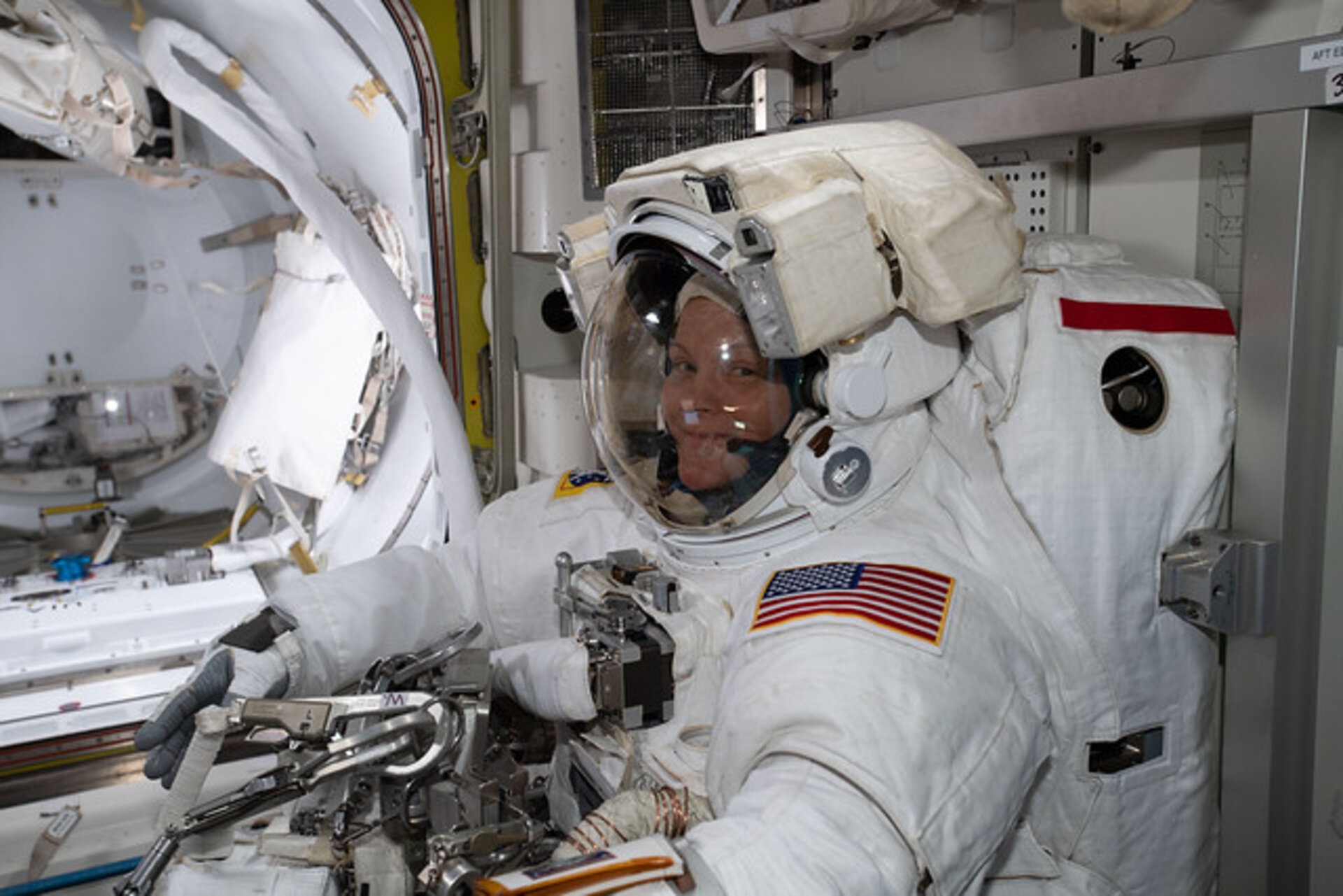 After performing three spacewalks in under a month, you could be forgiven for thinking astronauts on board the International Space Station might be taking it easy.

In reality, time is precious and science never sleeps. Join us as we delve into a few highlights from the orbital outpost over the past two weeks.

The main focus of all the extravehicular activity was upgrades to the Space Station’s power system. However, during their spacewalk on 8 April, astronauts Anne McClain and David Saint-Jacques also began installing the first components of a new commercial platform, Bartolomeo.

Named after the younger brother of Christopher Columbus, the Bartolomeo platform will be attached to the exterior of the European Columbus module and operated by Airbus Defence and Space. This will enable a wide range of experiments to be hosted in low-Earth orbit outside of the Station itself and offer the International Space Station’s only unobstructed view of Earth and space.

Anne and David were tasked with installing two trunnion slip-off prevention systems (TSOP) that will help hold this platform and its payloads in place. While the secondary TSOP is now safely in place, it will take another spacewalk to install the primary TSOP before the platform arrives on commercial resupply vehicle SpaceX CRS-20 in early 2020.

Continuing the theme of enhanced access to space, it has also been a busy time for ESA’s first commercial facility for research on the International Space Station: Ice Cubes. This facility allows experiments to run for over four months in space in small modular containers around the size of a microwave oven. Recently, two new cubes were installed, one has been de-installed to return to Earth on SpaceX CRS-18 and the Pulse and Rush experiments of Ice Cube number three have been active.

Pulse is an artistic payload designed to inspire people on the ground. Using a simple heart rate monitor, it sends a participant’s pulse into space where it is received by a kaleidoscope camera that moves in response and returns video to its users.

Rush aims to test the capability of an off-the-shelf computer to recover from the impacts of space radiation.

Eyes on the skies

Positioned outside the Columbus module, Atmosphere-Space Interactions Monitor (ASIM) was launched in April 2018. This monitor provides greater insight into how lightning is created, as well as how thunderstorms affect the atmosphere and climate of Earth.

The facility has already recorded terrestrial gamma-flashes that emit 1000 times more radiation than when a dentist x-rays your teeth, and recent work by Danish company Terma is expected to enhance results.

Over the past six months Terma has been working to upgrade software that controls ASIM’s two main instruments: the Modular Multi-spectral Imaging Array and Modular X and gamma-ray Sensor. Now that these upgrades are complete, researchers will be able to take better measurements, as enhanced sensitivity allows the capture of even more gamma radiation and gigantic lightning above the clouds.

Keeping crewed spacecraft and habitats free from harmful bacteria and fungi will be crucial in ensuring human health and protecting equipment from degradation during future missions. It is an area ESA is eager to explore and, since ESA astronaut Thomas Pesquet’s Proxima mission in 2017, the Matiss experiments have been testing the potential of anti-microbial surfaces to inhibit or reduce the growth of microorganisms on the International Space Station.

Matiss 2 is a continuation of earlier testing by France’s space agency CNES. Sample holders testing hydrophobic surfaces have been exposed in the Columbus module since August 2018 and, though these experiments require little crew involvement, they could be hugely beneficial as we take our next steps into space. 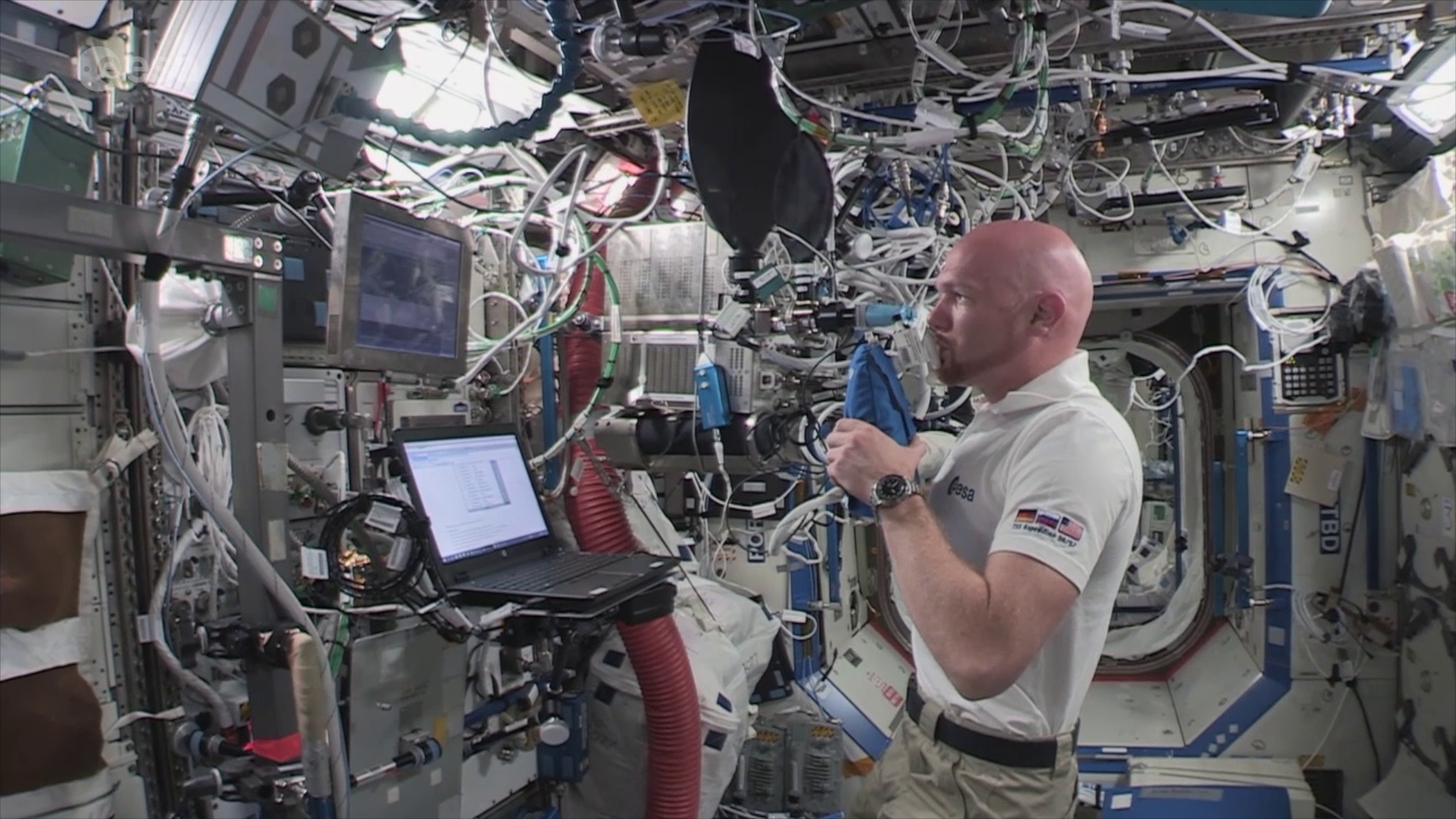 In addition to keeping germs at bay, we must consider the air we breathe. The European-led Airway Monitoring experiment has been doing just that by studying dust particles present in the International Space Station atmosphere and their impact on astronaut health. On 9 April, Anne McClain and Nick Hague began gathering hardware for an Airway Monitoring session in the US airlock.

Airway Monitoring is the first experiment to use the US Airlock as a hypobaric facility for science. As such, it provides unique opportunities to study gravity, ambient pressure interactions, and their effect on the human body to aid the diagnosis and treatment of inflammatory lung diseases like asthma on the ground.

With constant activity on the International Space Station, there is always more to share. That includes the arrival of two resupply vehicles. This week’s Cygnus launch to the International Space Station includes European parts for the Columbus air filters, parts for the advanced closed-loop system, items for ESA astronaut Luca Parmitano’s mission later this year and two more ICE Cubes – one to test cyber security in space and another to test a spectrometer ahead of an ESA exobiology experiment that will be bolted outside the Space Station in the future. Stay tuned and watch this space.