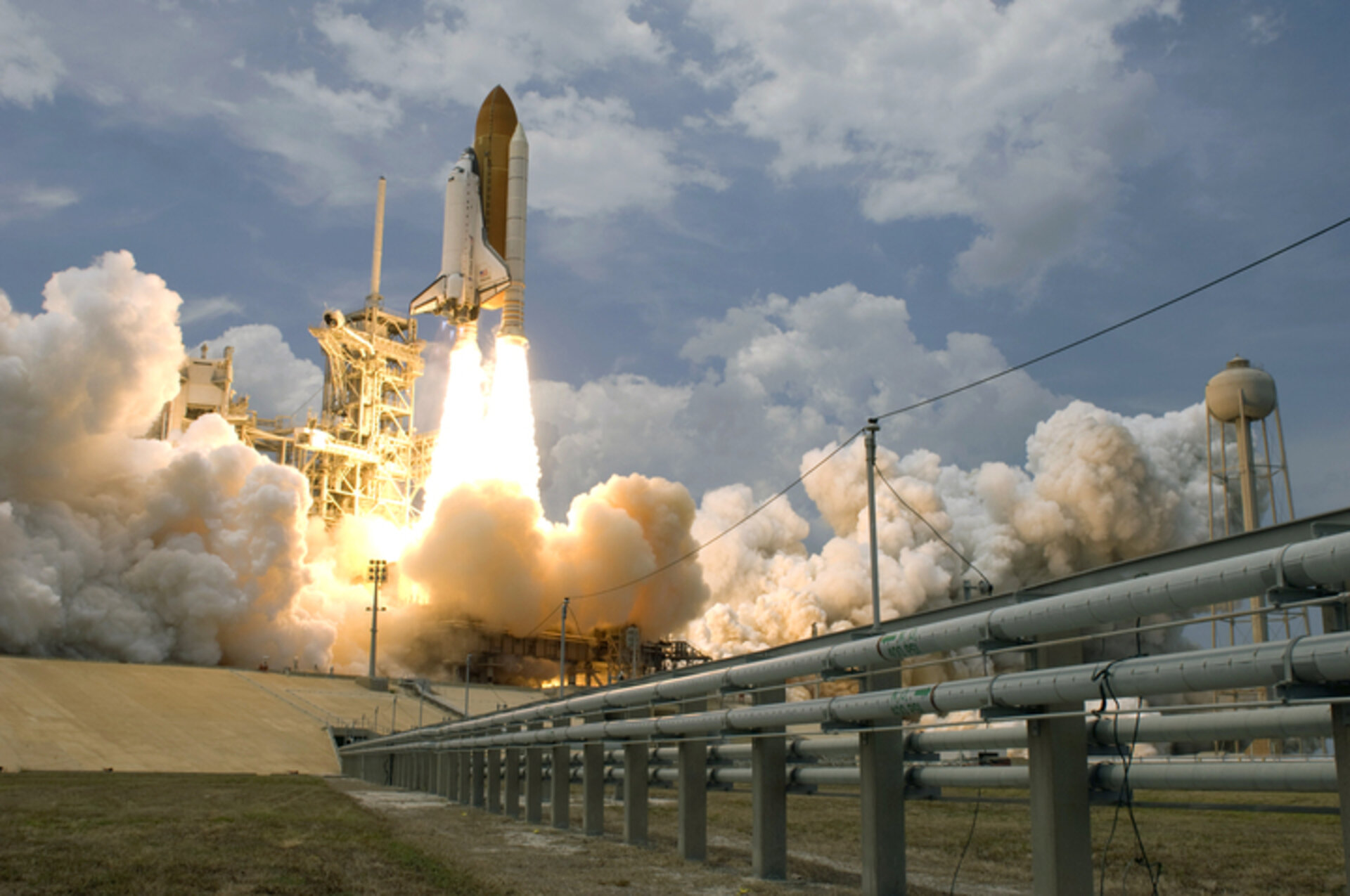 With yesterday’s launch of Space Shuttle Atlantis, seven astronauts are now on their way to conduct the fifth and final Hubble servicing mission. Space enthusiasts around the world are following their 11-day mission. For two Europeans in particular, it brings back fond memories of their own visit to ‘an old friend’.

Former ESA astronaut Claude Nicollier, a veteran of four spaceflights, was amongst the STS-61 crew who conducted the first mission to service the NASA/ESA Hubble Space Telescope in 1993. He later returned to Hubble in 1999 with Space Shuttle flight STS-103, the third servicing mission. A member of the crew alongside Nicollier on that occasion was ESA astronaut Jean-François Clervoy.

Without the great repair work of all the astronauts involved, Hubble would not have generated the outstanding insights into the Universe that it has become renowned for. For human spaceflight, the Hubble servicing missions are a shining example of the essential role that astronauts play in setting up and maintaining a complex infrastructure in space.

Before the advent of the International Space Station (ISS), the Hubble servicing missions were considered to be amongst the most prestigious and challenging missions to fly on.

“At that time, in the 1990s, rendezvous was a very rare thing. The fact that we were going to go and meet with Hubble two days after liftoff was special. STS-61 was also quite different to all previous missions - it was the first time we were going to do significant repair work on a complex science instrument in the space environment,” says Nicollier.

“The Hubble missions are exciting, but also carry a huge sense of responsibility,” adds Clervoy, who, on the STS-103 mission, had the tricky task of grabbing hold of Hubble using the Shuttle’s robotic arm. “Not only do you have a multi-billion-dollar-telescope under your responsibility, in Hubble you are dealing with a very complex machine.”

For Nicollier, a highlight of his two servicing missions was actually getting to touch the telescope during the third STS-103 spacewalk, albeit with a gloved hand. “As an astronomer on the one hand, but also as a human being, Hubble is an instrument that I like very much. From the point of view of its science and education value and the beauty of the pictures that it delivers, Hubble is a remarkable instrument. Touching it for the first time was very special,” says Nicollier.

Spacewalking with Hubble presents its own challenges. “We had to work in a very clean manner, we couldn’t have any debris of any kind, even paint flakes from the handrails, going inside the telescope,” explains Nicollier. “Compared to the Station, Hubble is a very sensitive, precise instrument.”

For both Nicollier and Clervoy, the Hubble Space Telescope naturally holds a special place in their hearts. “When we were approaching Hubble during the STS-103 mission, I remember thinking here is a dear old friend that I see again. It is not only a friendship with the telescope, but with a whole Hubble team, whether involved in its utilisation as a unique scientific instrument, in the telescope control, or in servicing the orbiting observatory,” explains Nicollier.

Although the Hubble Space Telescope was installed in orbit nearly 20 years ago, it is still a modern telescope thanks to a helping hand from the astronauts. “We have been able to fix the telescope and bring it back to life on two occasions,” says Nicollier. “In addition, the servicing capabilities have allowed us to keep Hubble as a state-of-the-art instrument in terms of the accuracy of the pictures, the resolution and the scientific results obtained. Over time we have replaced old instruments with new instruments that have better capabilities.”

Clervoy expects the legacy of the Hubble servicing missions to continue into the future: “These missions have allowed us to develop techniques, in terms of training, procedures and spacewalk tools, that deal with operating in space, that were critical for the success of ISS assembly and servicing missions. In turn, the ISS missions will be essential for developing techniques, procedures and tools for future operations in space, including on the Moon and Mars.”

During their 11-day mission, the astronauts are scheduled to perform five spacewalks during which they will install two new instruments, attempt to repair two inactive ones and perform the component replacements that will keep the telescope functioning until at least 2014.

The STS-125 crew will also install a replacement Science Instrument Command and Data Handling Unit, removing the one that stopped working last September, delaying the STS-125 mission until the replacement was ready.

The Hubble Space Telescope is a project of international cooperation between ESA and NASA. It was launched in 1990. The partnership agreement between ESA and NASA was signed on 7 October 1977; as a result of this agreement European astronomers have guaranteed access to 15% of Hubble's observing time. In practice, the high quality of proposals from scientists in Europe has kept their average share at approximately 20%.