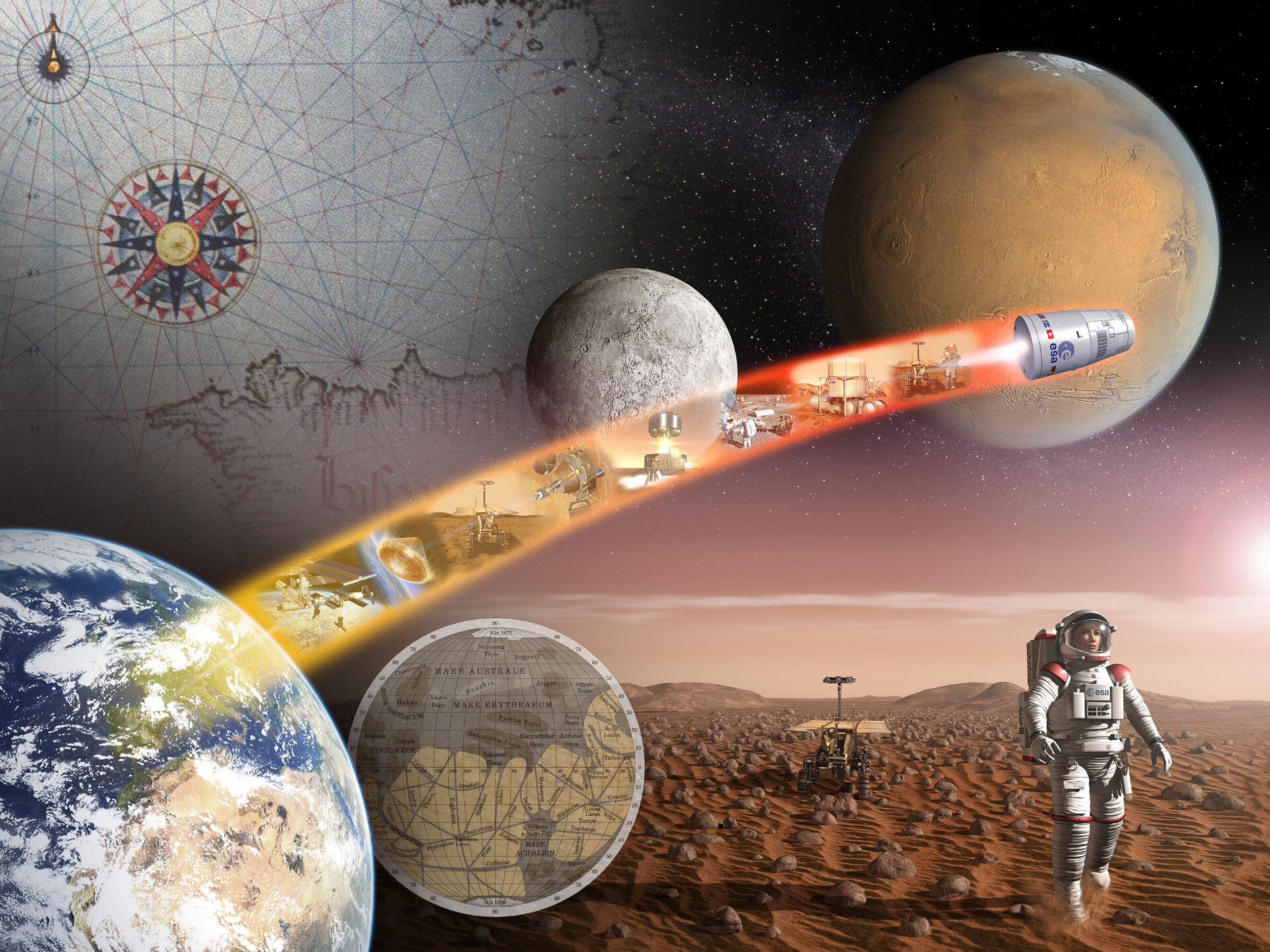 ESA PR 26-2009. Ministers from the 29 European Space Agency and European Union Member States will meet in Prague on 23 October for the 1st EU-ESA International Conference on Human Space Exploration, to prepare a roadmap leading to the definition of a common vision and strategic planning for space exploration.

This first step in a process that will lead to the definition of a European vision in this field stems from a Resolution adopted by the 5th Space Council (*) in September 2008. Besides Ministers and delegates from the EU, ESA and third countries, the conference will also be attended by Members of Parliament and representatives of industry and academia.

Europe has gained notable expertise in human spaceflight, starting in the 1980’s with the development of the Spacelab laboratory flown by the US Space Shuttle, and now mainly with the International Space Station (ISS) to which Europe is an essential contributor. So far, more than 30 men and women from European countries have flown into space on either US or Russian space transportation systems. Europe contributes to the ISS through the Columbus laboratory attached to its central core, the Automated Transfer Vehicle (the largest-ever automatic cargo-carrier space tug) and other elements. For the very first time, an ESA astronaut – Frank De Winne of Belgium – is in command of the ISS.

ESA has carried out the farthest landing in the solar system so far with the successful Huygens mission on Titan, Saturn’s largest moon. It has expanded its robotic presence in the solar system with probes visiting several planets such as Mars (Mars Express) and Venus (Venus Express) and the Moon (Smart-1). More recently, the combined launch of Herschel and Planck marked a new step forward in our understanding of the origin and evolution of the universe.

The Prague Conference will be a brainstorming session at a high political level where Ministers will have an opportunity to provide initial political guidelines to ESA and the EU on the development of a policy in the field of exploration of our solar system, going back to the Moon or reaching beyond to Mars.

The Conference will take place at the Stirin Castle, 25 km south-east of Prague (www.stirin.cz). The provisional programme for the press will run as follows:

Media representatives wishing to attend the event are requested to fill in the attached accreditation form and send it back to:

(*)The Space Council is the joint and concomitant meeting of the EU Council and the ESA Council at Ministerial level. Its first meeting dates back to 2004. In May 2007, the Space Council Ministers, representing 29 European countries, adopted the new European Space Policy, unifying the approach of ESA with those of the individual EU Member States. The 6th Space Council meeting was held on 29 May this year.