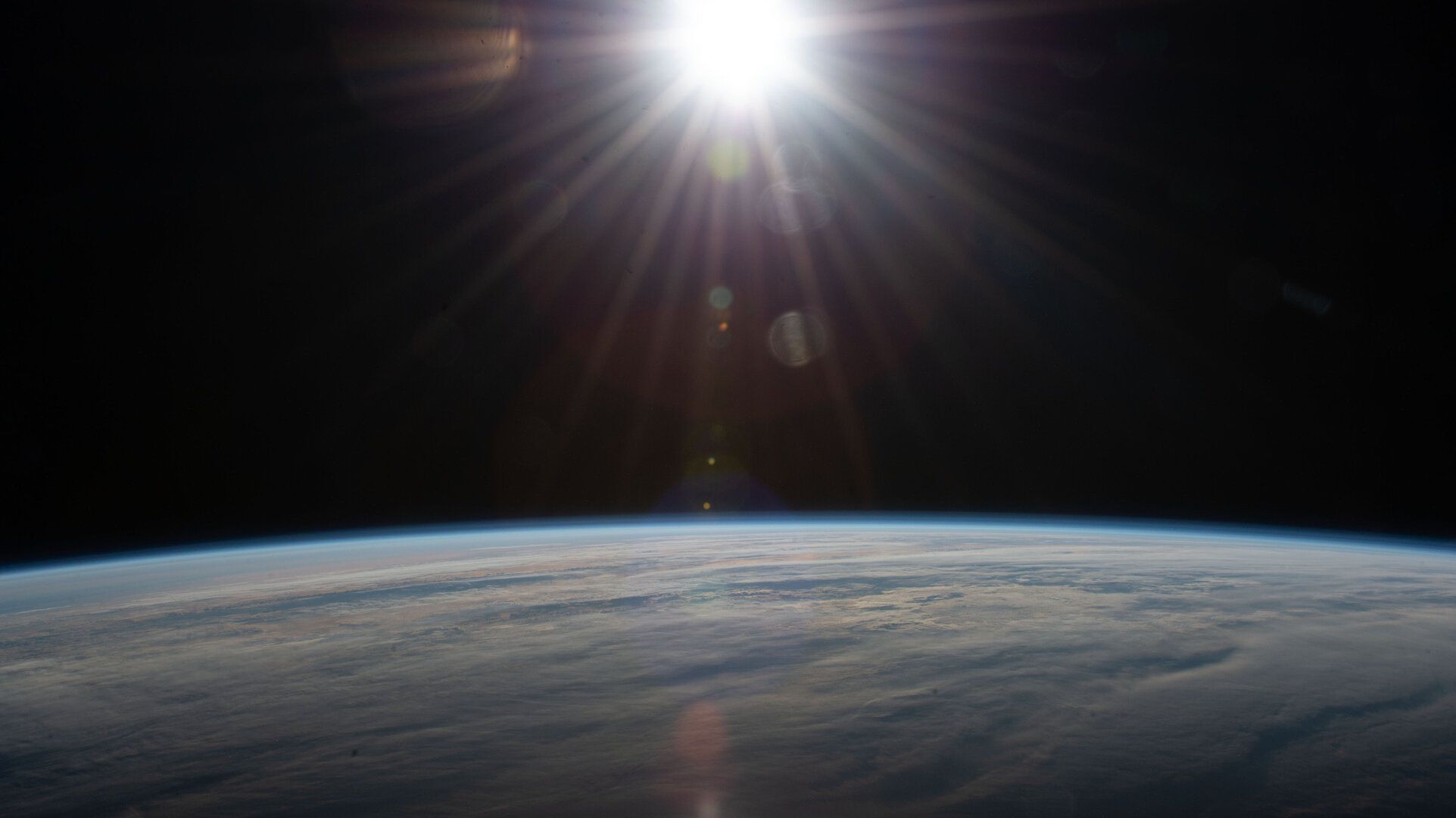 European experiments have been looking at how human muscles react to living in weightlessness or used the lack of gravity’s pull to investigate foams. A recap of the European science run on the International Space Station in May.

The Myotones experiment is testing the biomechanical properties of astronauts’ muscles and tendons and how they change during their time in space. The hypothesis is that muscles generally used for posture on Earth will relax more in weightlessness as they are not needed when floating around the Space Station. The experiment uses a novel device called MyotonPro that quickly measures muscle stiffness by emitting a painless pressure pulse and recording how the tissue responds. 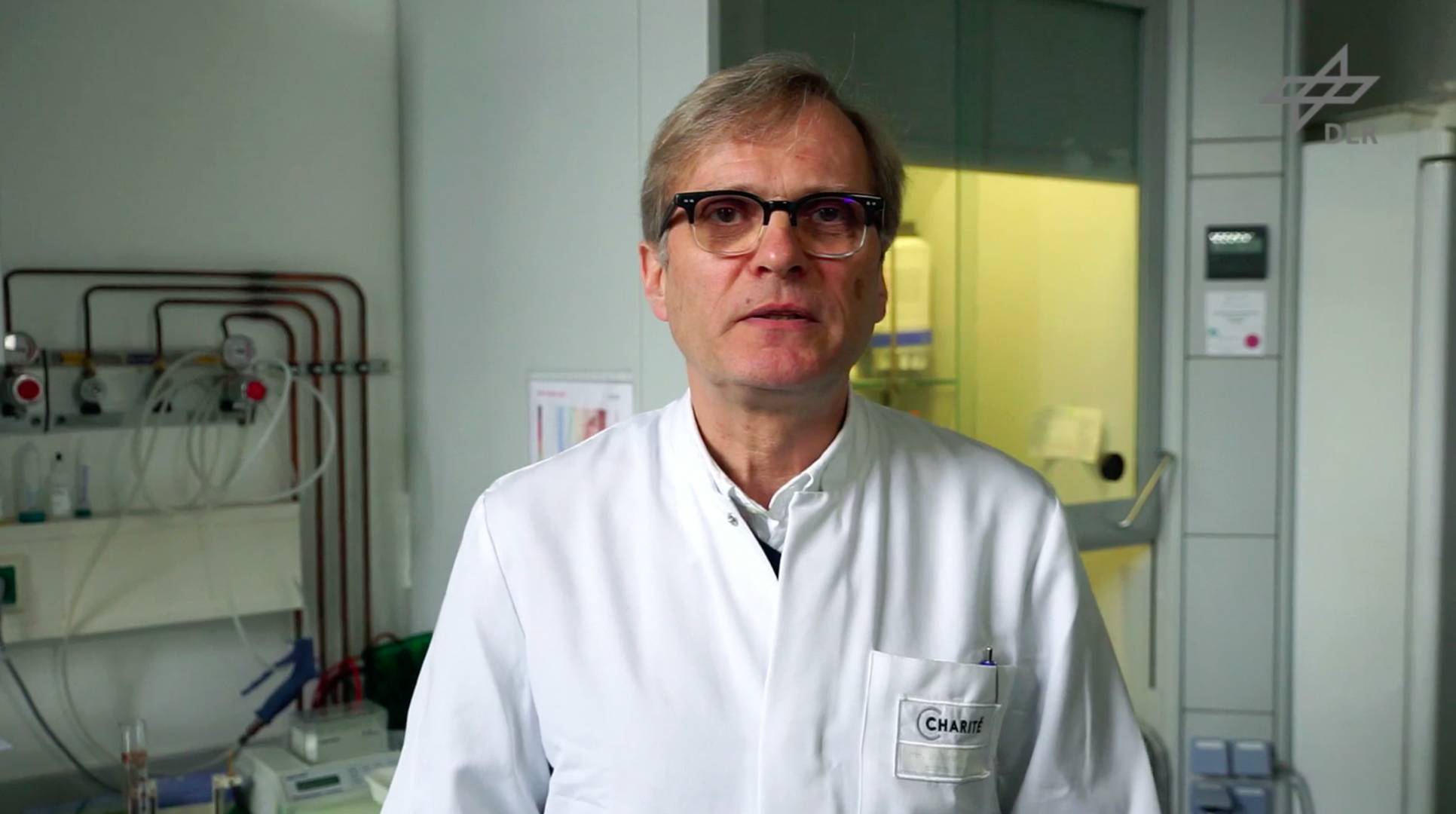 Myotones: Measurement of muscle atrophy on the ISS
Access the video

NASA astronaut Chris Cassidy collected the equipment and Roscosmos cosmonaut Anatoly Ivanishin measured Chris’ muscles and drew a sample of his blood on 20 May. This was the second session in space for Myotones, with Chris doing a third in three months as researchers want to measure any changes over time. This experiment will help prepare for even longer space missions while keeping astronauts healthy but will also help understand muscular diseases back on Earth. The European Physiology Module inside the Columbus laboratory supports Myotones and results were sent to CADMOS ground control in Toulouse, France, at the end of the session.

The Foam-Coarsening experiment ran throughout May with new experiment cartridges. Foams have huge benefits on Earth as they are lighter, offer better insulation and can be just as strong as compact materials. Foams are also a staple in our food and drink, but they collapse quickly on Earth under pressure from gravity. Researching foams in space offers more stability to examine the finer points of their existence.

The foams come contained in cells and bubbles are generated by moving a piston at high speed in a mixture of water and soap. The foam is observed for up to 100 hours, during which the foam bubbles become larger but less in number. This process slows down over time so measurements are stopped when five bubbles are formed in each cell section. The results are analysed with laser optics and high-resolution cameras. A second batch of Foams cartridges ran with Chris swapping containers out as needed and a quick reset of the video unit.

The Atmosphere-Space Interactions Monitor, ASIM, continues to observe lightning from above. Many unseen things are happening above our heads, from gamma ray bursts to elves and sprites and the space-based thunderstorm-hunter outside Columbus monitors Earth at all times, with some exceptions. When spacecraft arrive or leave the Space Station, ASIM is switched off so the sensitive instruments do not get damaged by their bright navigation lights. When the Sun is too low on the horizon its light can saturate ASIM’s sensors too.

ASIM operated in reduced modes for a few days around the departure of Cygnus and the arrival of the Japanese HTV-9 cargo craft and due to the Sun’s “beta angle”. These operations are controlled  from Brussels, Belgium, by the Belgian User Operations Centre.

The new arrivals that caused ASIM to turn off bought vital supplies and equipment for the astronauts and international partners that run the Space Station. For ESA highlights include a new European Drawer Rack on HTV-9, and replacement LAN cables on the first crewed Dragon spacecraft.

The educational miniature computers Astro Pi were running student-developed code last month and took 128 017 images, totalling 168 gigabytes of data downloaded. Both challenges for this season have now been completed and it is time for the students to analyse the results. The European Astro Pi Challenge is a school project gives young people the opportunity to write programmes that run on Raspberry Pi computers on the International Space Station.

Meanwhile in the background…

A number of experiments ran continuously in the background without much need for astronaut intervention or commands from ground control. A simple sounding experiment called CANES is storing grape vines in the Station’s freezer to determine whether ligneous plants could be grown in space. It could also lead to the discovery of new biologically-active products that would be of interest to the food, pharmaceutical and cosmetic industries.

A number of radiation detectors dotted around the Station are recording levels of cosmic rays to create a map of these harmful rays and help design more radiation-resistant spacecraft of the future. Meanwhile the MATISS-2.5 sample containers are testing water resistant surfaces to see if they offer anti-bacterial properties.