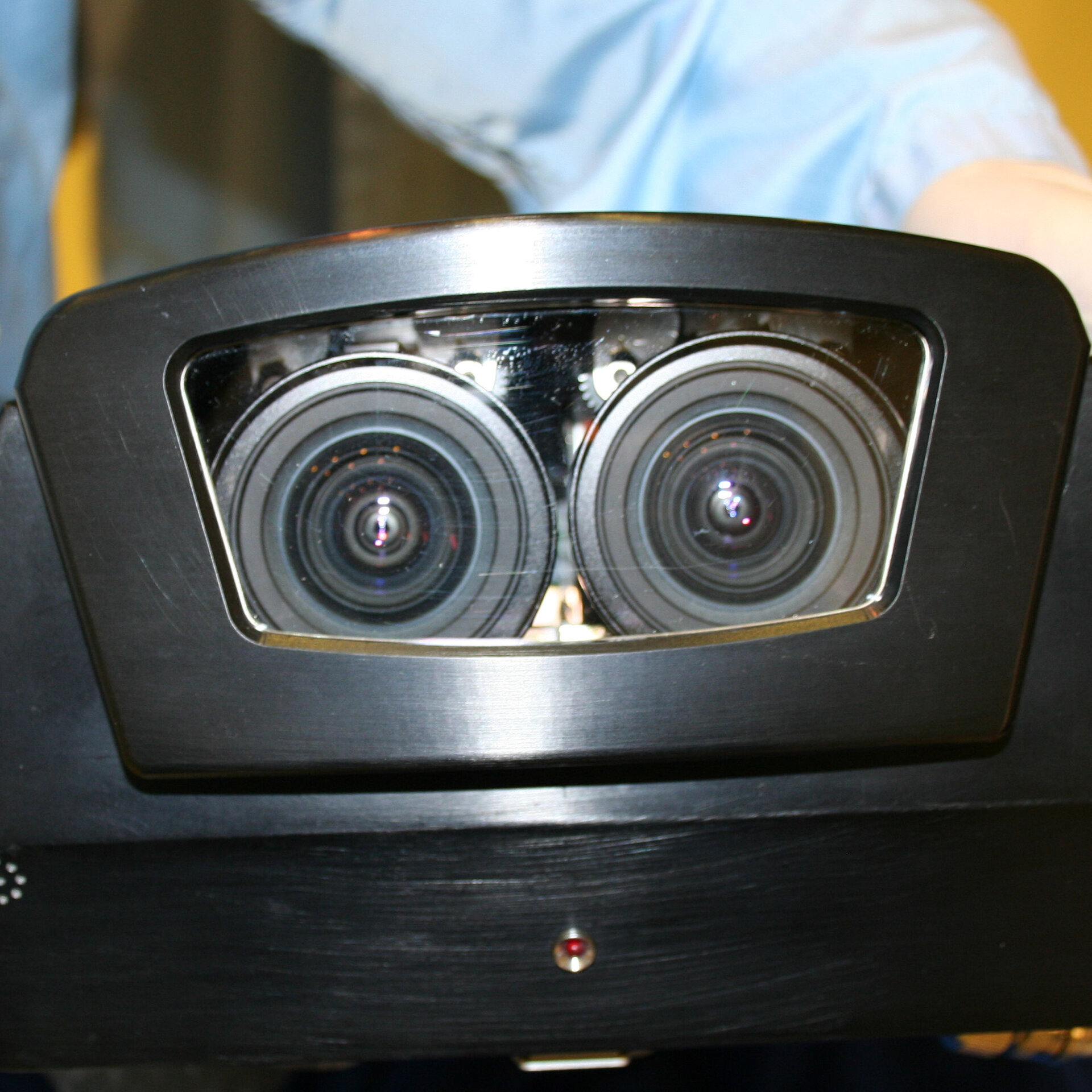 The unmanned Progress-36 space ferry reached the International Space Station this morning with fresh food, air, propellant, scientific experiments and other cargo. The crew of the Space Station got also an extra treat: a 3D movie camera from ESA.

Stereo vision is coming to cinemas near you and will soon reach our TV sets. The recent motion picture Avatar has been a huge success and other 3D films will follow, changing our whole viewing experience.

In the space business this is nothing new. Following on from the first use of stereo vision in planetary spacecraft in the 1970s, the International Space Station (ISS) was presented in a 3D IMAX film in 2002 and since then various kinds of 3D imagery have been shot on the ISS and Space Shuttle. The Hubble repair mission last May was filmed in 3D for a new IMAX movie to be released later this year.

ESA has been using smaller, more versatile 3D cameras designed for scientific and technical research. The latest is the Erasmus Recording Binocular 2 (ERB-2), conceived at the Erasmus Centre of the Directorate of Human Spaceflight at the ESA’s ESTEC research and technology centre in the Netherlands and developed by Cosine Research from Leiden, the Netherlands, and Techno System Development in Naples, Italy.

The Erasmus Centre has tested 3D video technologies and their use for outreach and educational purposes, as well as in supporting ISS science operations during the mission of ESA astronaut Pedro Duque in 2003, by collecting an extensive database of 3D still images. The ERB-1 camera was developed with these lessons in mind and was used extensively during the Astrolab mission of 2006 with ESA astronaut Thomas Reiter, ESA’s first ISS crewmember.

ERB-2 now takes advantage of high-definition optics and advanced electronics to provide a vastly improved 3D video effect for mapping the Station. The almost-like-real 3D images from ERB-2 will take the viewers inside the ISS as if they were really there. They will complement the Erasmus Virtual Reality show, providing a novel mix of computer-generated and real 3D images of the inside and outside of the ISS. These images can also be used in mission planning and to support operations inside the Station.

Fresh fruits and foam for the astronauts

The Progress-36 space freighter, docked to the aft port of the Zvezda module since this morning, delivered almost 2.5 tonnes of cargo. This includes 880 kg of propellant, 50 kg of oxygen and air, 420 kg of water and 1215 kg of spare parts and supplies. Arrivals of the cargo crafts are always important moments for the crew, because they also bring personal mail and fresh food – a welcome change from the normal packed food and routine operations.

Progress also has other ESA equipment that is vital for the Agency’s continuing research on the ISS. This includes the ‘FOam Casting and Utilisation in Space’ (FOCUS) experiment and the ‘Diffusion and Soret Coefficient Measurements for Improvement of Oil Recovery’ (DSC) experiment.

FOCUS, originating from Hungary and flown to the Station in cooperation with the EU, is studying foam formation and stability in weightlessness with a view to ultra-light and strong metallic foams in the future. The lifetime of the foam-generating materials in FOCUS is only a few days, so the experiment will be conducted over this weekend in Europe’s Columbus laboratory.

DSC will provide information that can be used in the efficient extraction of oil resources; it is the second of the series of ‘Selectable Optical Diagnostics Instrument’ experiments taking place in the European-built Microgravity Science Glovebox in Columbus.