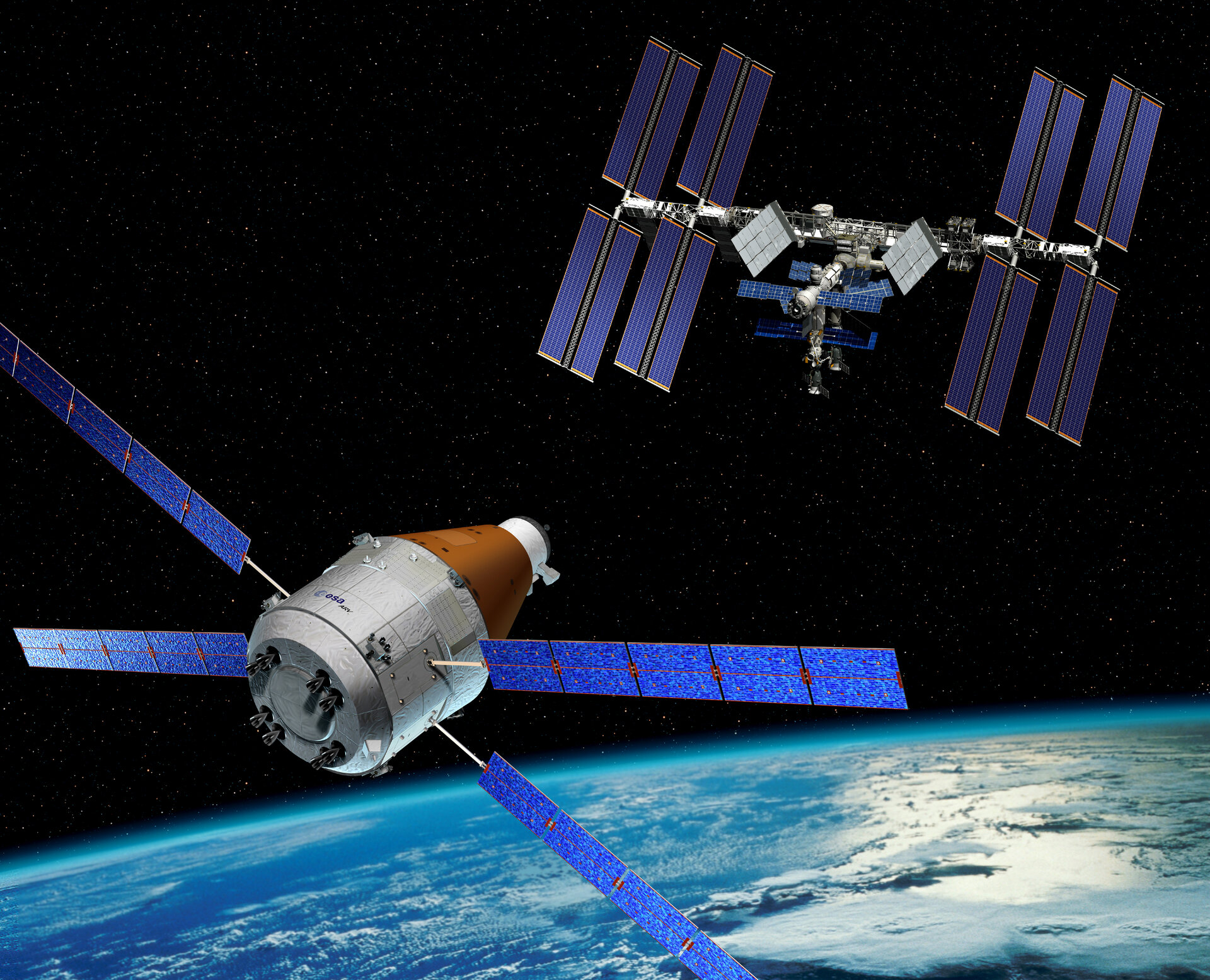 European human spaceflight activities are entering a bright future following the ESA Council meeting at Ministerial level in The Hague on 25 and 26 November.

This includes funding for the definition of the Advanced Re-entry Vehicle (ARV), the only new development Programme within ESA’s proposal. Other human spaceflight highlights include ISS exploitation activities, which cover the largest proportion of human spaceflight activities, the extension of the ELIPS programme which funds European science activities principally on the ISS and further definition studies for a European lunar lander.

“This has been a great day for ESA and for European human spaceflight” said Simonetta Di Pippo, ESA’s Director of Human Spaceflight. “ESA has emerged from the Ministerial in a much stronger position than before. It is great to see how the participating Member States have confirmed their support to existing programmes and open the way to new ones in the field of human spaceflight and exploration. By continuing to develop our capabilities we are positioning Europe in a better strategic position in human spaceflight and are further helping to build a knowledge-based society.”

The principal focus of activities in the near future remains the European participation in International Space Station with the ISS Exploitation programme being fully funded in the timeframe of 2008 to 2012. The level of funding received for this programme, which is in excess of 1.37 billion euros, is invaluable in strengthening Europe’s role in the International Space Station programme, which has helped Europe and European industry to develop key new technologies and also provided the framework for Europe to undertake important scientific research in weightlessness.

The budget for the ISS Exploitation programme also includes the production of further Automated Transfer Vehicles (ATVs), Europe’s logistics supply spacecraft for the ISS. Following its flawless initial six-month test flight in 2008, the ATV has proven what a valuable technology it is and shown how far Europe has come in many new technological areas. It provides the perfect basis for future development in the area of exploration activities.

Another ESA human spaceflight programme that received, for the period until 2012, its highest funding level ever is the European Programme for Life and Physical Sciences in Space (ELIPS) period 3. Previous ELIPS funding has been used to carry out invaluable research on the International Space Station and additional research platforms.

With the European Columbus laboratory now attached to the ISS and the ISS crew increasing to six persons as of next year, the European research potential on the ISS has, and will, also increase significantly. This will provide additional opportunities for industrial applications built on such research.

ELIPS has already produced many advances in a variety of scientific disciplines since its inception in 2001, advances that have, and will have, a positive impact on European citizens and processes on Earth as well as on future spaceflight activities.

“I was rather confident that the ISS Exploitation programme would again be funded by ESA Member States based on the recent successes of Columbus and the ATV” continued Mrs Di Pippo. “Through the decisions at the Ministerial Council we are in a great position to continue with Europe’s valuable contribution to the ISS programme. I take it as a strong sign of the political support that participating states give to ISS, its full utilisation and human spaceflight and exploration in general.”

Another important programme receiving funding at this year’s Ministerial Council is in the area of space transportation and human exploration. The key elements of this programme are the Advanced Re-entry Vehicle and the Lunar Lander.

The success of the ATV has provided Europe with an exciting opportunity to develop a logistics spacecraft with atmospheric re-entry capabilities able to return hundreds of kilograms of cargo to Earth, which could in turn be used as the foundation of a European human transportation system.

ESA has obtained the funding to carry out activities to define the spacecraft mission and system requirements, the initial cargo and crew version specifications, the preliminary definition of the system architecture, in order to remain compatible with a future crew transportation version, and the initial design activities for the cargo transportation version. These activities will be used as a basis in the future for the Advanced Re-entry Vehicle development.

In addition to these two projects the Transportation programme also includes funding for cooperative activities with Russia and Scenario Studies, which will help to define Europe’s human spaceflight strategy and its role in future global exploration activities.

“I am extremely pleased that ESA’s Directorate of Human Spaceflight received the approval for the only new development programme presented at the Ministerial Council” added Mrs Di Pippo. “We can now start the definition studies of the ARV, which opens the way for Europe to participate in a meaningful manner in future exploration endeavours where eventually an independent European transportation capability may represent a key element both for Europe’s autonomy and for the robustness of international human spaceflight and exploration endeavours. The outlook regarding Europe’s positioning has been further strengthened with the approval of the Lunar Lander definition studies which will allow us to fulfil a strategically important role for future global exploration objectives such as the Moon. With the positive message we have received from the Ministerial Council, I am looking forward to the future of European human spaceflight.”