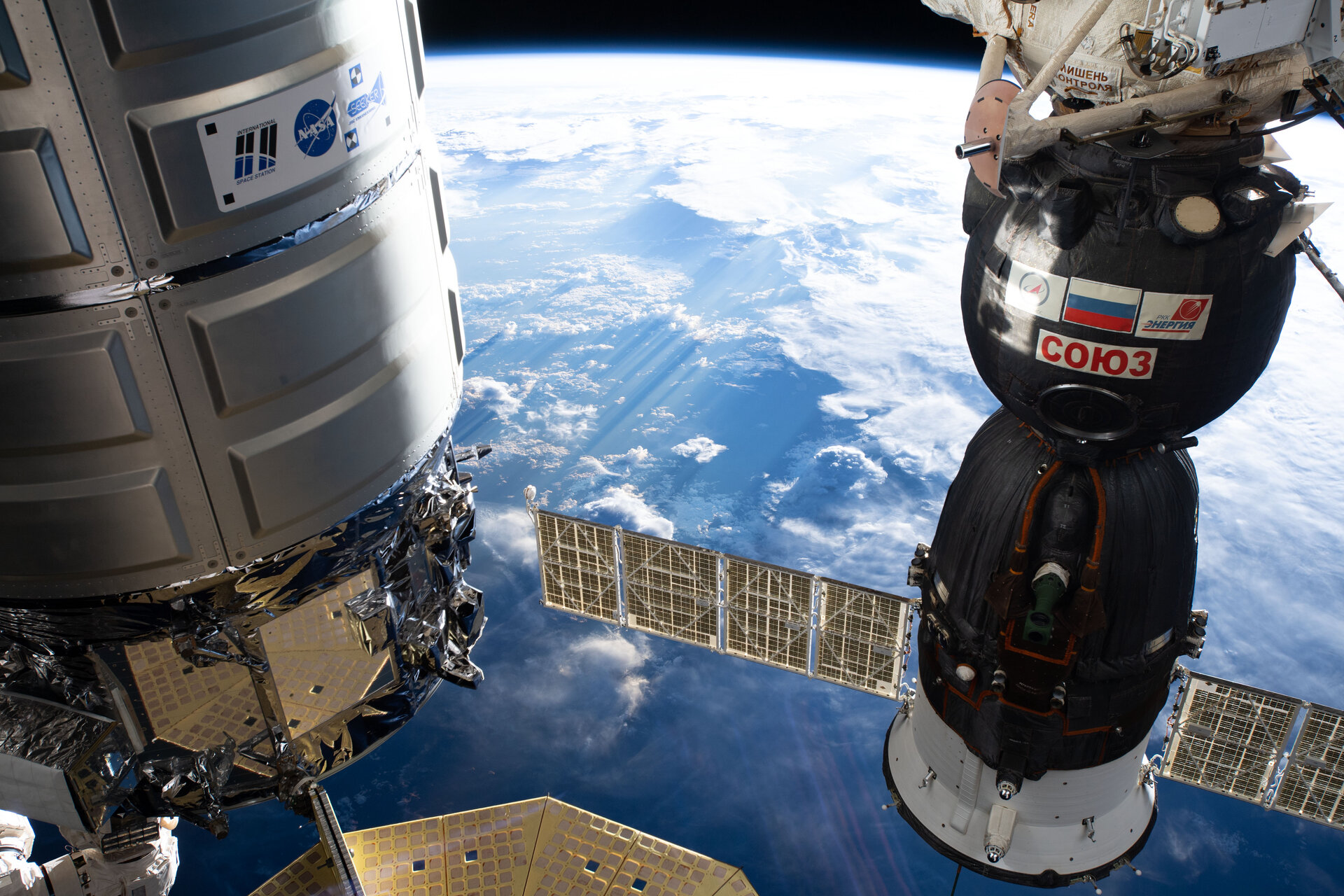 Another two weeks have flown by upon the orbital outpost, packed with science, operations and the arrival of a Cygnus spacecraft. We take a look at a few recent International Space Station highlights, and ahead to more science in space.

The European Physiology Module (EPM) has been part of the Columbus laboratory since it was launched to the International Space Station in 2008. This multi-user facility investigates the effects of short and long-duration spaceflight on the human body and it is equipped with many modules to support neuroscientific, cardiovascular and physiological studies.

Over more than 10 years of service, results of experiments conducted in EPM have helped increase our understanding of ageing, osteoporosis, balance disorders and muscle loss on Earth. Over the past couple of weeks, Canadian astronaut David Saint-Jacques and Columbus crews on the ground worked together to implement a software update.

This update to EPM has enhanced its video capabilities to support future experiments. Software is confirmed to be working well and should help return some great insights for researchers.

On 24 April David also set-up the European Kubik facility in preparation for an experiment called Nano Antioxidants. This experiment is expected to travel to the Station this week on SpaceX’s Dragon spacecraft.

Kubik, named after the Russian word for cube, is a small incubator designed to run autonomously and study biological samples in microgravity. Research teams make use of existing experiment units or custom build their own units that slot into the device. Each unit is about the size of a box of tissues.

The Nano Antioxidants investigation aims to research innovative approaches for cellular stimulation that will counteract the negative effects of long-duration spaceflight on the musculoskeletal system. We will be providing more details on the experiment this week so stay tuned for further information.

In our last update we mentioned two new “cubes” destined for the European ICE Cubes facility. SPECTRODemo and Cybersecurity are now onboard and were recently installed by NASA astronaut Christina Koch.

SPECTRODemo will test a spectrometer for a future exobiology experiment, while the Cyber Security experiment aims to prove the viability of a key recovery protocol in low Earth orbit conditions. This is part of vital work to ensure missions are not compromised by hazardous and malicious events, such as power failures or hacking.

ESA’s Astro Pi project gives young people the opportunity to conduct their own scientific investigations in space by writing programmes that run on Raspberry Pi computers on the Space Station. In collaboration with the Raspberry Pi Foundation, students can participate in one of two different missions: Mission Space Lab and Mission Zero. 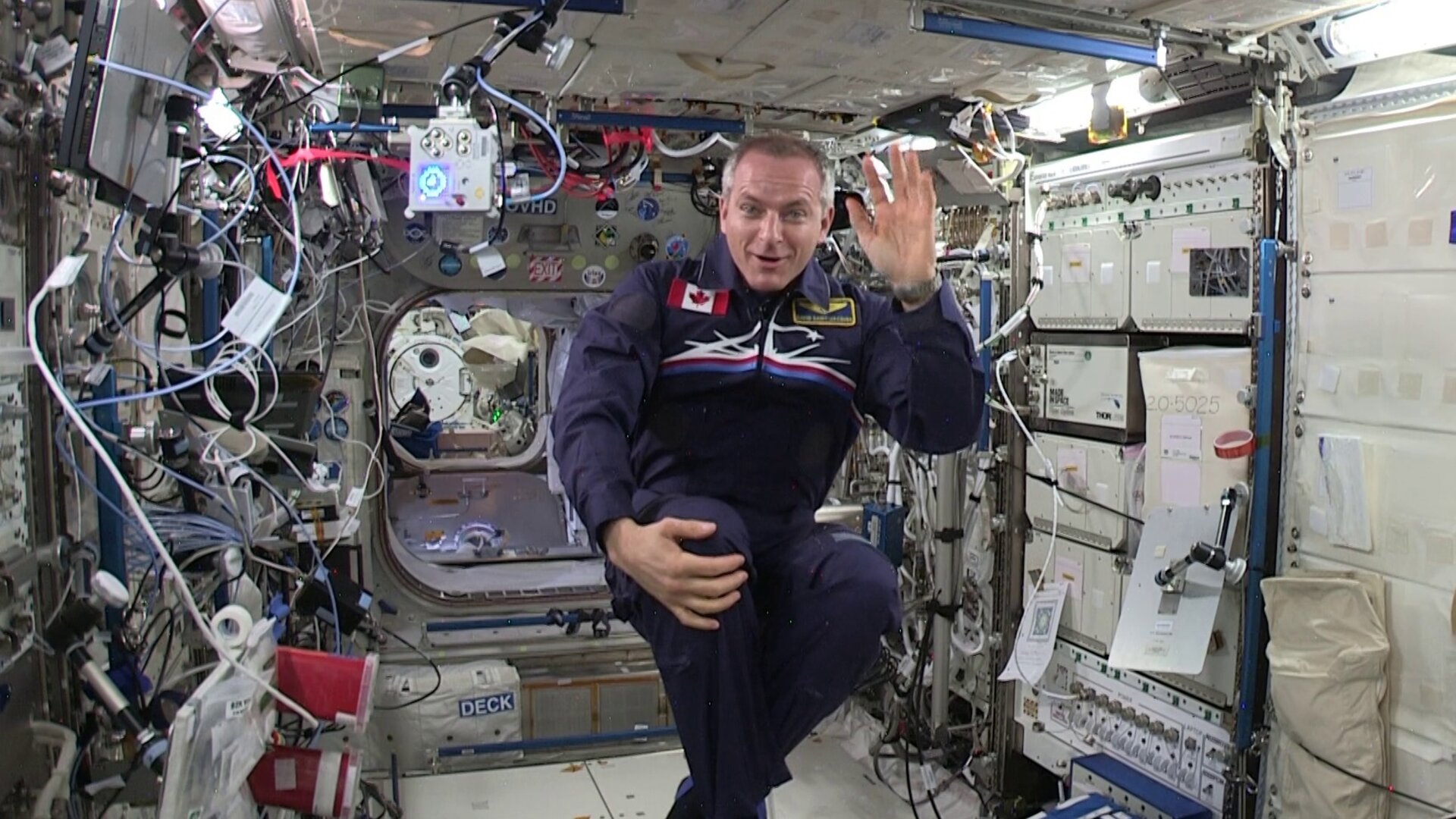 Mission Zero is non-competitive, but allows teams to write a simple programme that displays their message to astronauts onboard. Mission Space Lab gives teams the chance to write a computer programme for scientific experiments and have these deployed either in the Columbus laboratory or in front of the Earth-facing Cupola window. Teams whose programmes run on Station are able to analyse and report on their results, and the top 10 reports win a prize.

Over the past two weeks, the 2018-2019 Mission Space Lab was completed with all experiment data downlinked and verified by teams on the ground. This data will now be provided to the Raspberry Pi Foundation who will analyse the experiment runs and provide feedback to the students.

SpaceX’s Dragon resupply vehicle is scheduled to be launched this Friday 3 May, carrying supplies and experiments to the awaiting Space Station crew.

David Saint-Jacques will capture the vehicle using the Canadarm2 and, alongside Nano Antioxidants, it will also bring an experiment called PhotoBioreactor.

This experiment from German Aerospace Center DLR is expected to be commissioned with the Life Support Rack, which revitalises the cabin air (scrubbing of CO2) and regenerates oxygen, mostly by electrolysis of water.

The PhotoBioreactor is designed to convert part of the carbon dioxide it extracts from the International Space Station into oxygen and edible biomass, which could help save valuable resources during future long-term missions into space.

As the PhotoBioreactor can either be supplied by carbon dioxide from the Life Support Rack or  from a storage bottle, the technology demonstration will have two objectives. The first is to verify its functionality with carbon dioxide supplied from the Life Support Rack. The second is to evaluate the performance of this cultivation system in space.