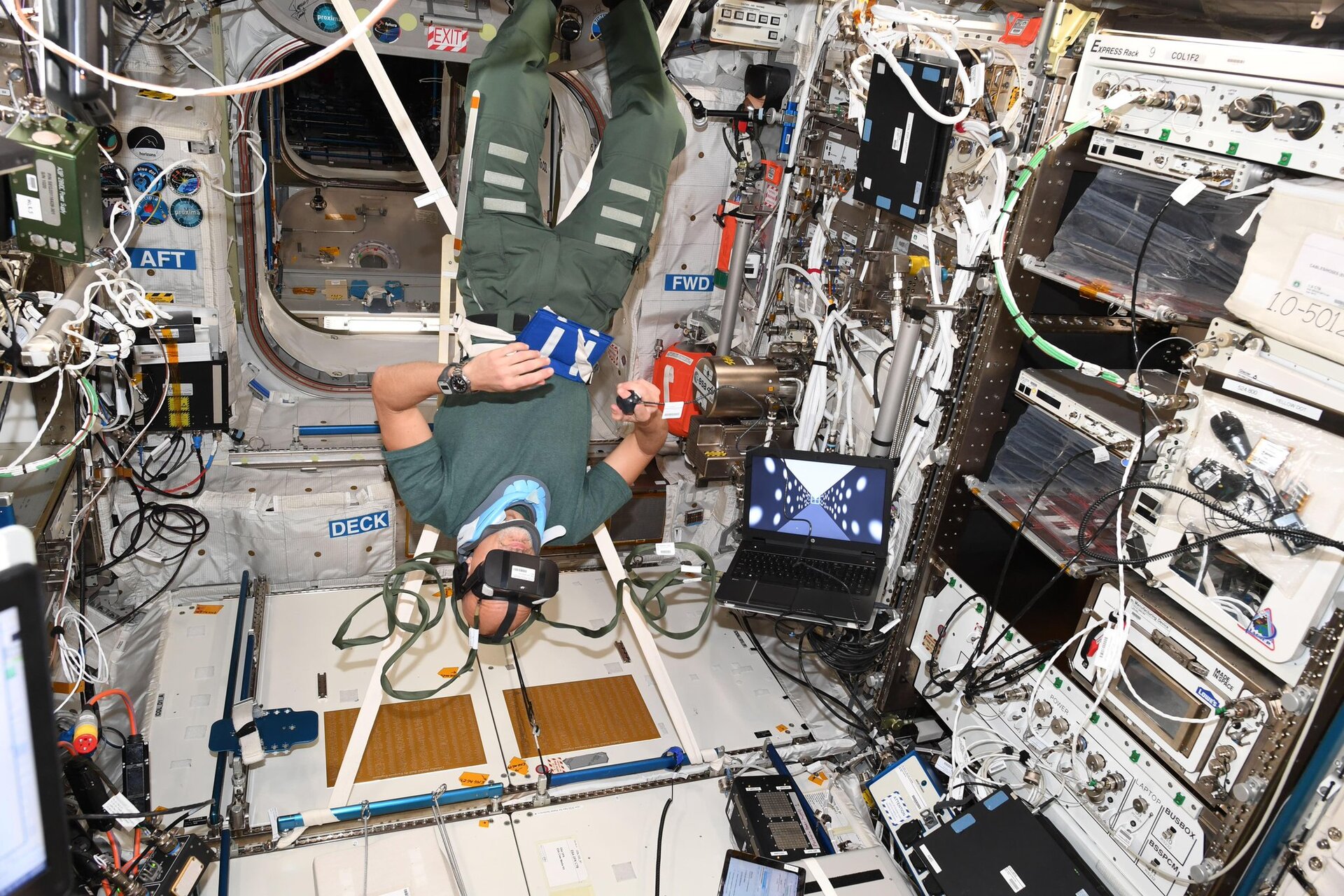 As ESA astronaut Luca Parmitano marks his 200 days in space as part of his Beyond mission, it is time to pack up a few experiments, wrap up science reports and give way to further research that will continue beyond his second spaceflight.

When Luca lands tomorrow in the steppes of Kazakhstan, he will have supported over 200 experiments, of which over 50 are European.

Together with Roscosmos’ Alexander Skvortsov and NASA’s Christina Koch, Luca will share the ride back home in the Soyuz MS-13 spacecraft with 14 radiation dosimeters and a hard drive full of data on the behavior of dusty plasmas.

Radiation devices down to Earth

Ionising radiation is an invisible hazard that poses a major health risk to people in space. Away from the protection of Earth’s magnetic field, astronauts are exposed to significantly higher doses on the International Space Station than an airline pilot or a radiology nurse.

For the last 15 years, all European astronauts have used a device called the European Crew Personal Dosimeter to measure the radiation dose during their stay in orbit. Luca wore it around his waist throughout his seven-month mission – and even during his four spacewalks.

Back on Earth, scientists will analyse the radiation levels he has been exposed to.

Luca is also bringing back 12 passive radiation detector packages that mapped the radiation environment in Europe’s Columbus laboratory. These are part of the Dosis 3D experiment, and you can now virtually navigate through the space lab, spot the devices and check the dose measured in each location during past missions on this website.

The results will help build a clearer picture of astronauts’ radiation environment and prepare for deep-space missions to come.

The disposal of cables from the Vessel-ID experiment marks the end of an era for this long-running  technology demonstration. Outside the Columbus laboratory, the Vessel-ID antenna has been receiving shipping signals since June 2010, and even helped save the life of a Norwegian sailor caught in violent sea weather.

Luca deactivated the experiment on Friday 25 October 2019. A successor is ready for launch on a cubesat this year.

Floating around in weightlessness, astronauts lose muscle function and bone mass. Myotones is an experiment designed to measure the muscle tone, stiffness and elasticity.

Christina Koch was the second astronaut to take part in this research, and the first female test subject. Scans of her muscle resting tone, blood draws and ultrasound imaging are helping scientists gain a better picture of what happened to her body in space.

Running in the background were two small cubes with ambitious goals. ESA’s first commercial facility for research on the International Space Station, ICE Cubes, is looking into contingency measures against the impacts of space radiation and enhancing cybersecurity for future space missions, while maintaining an interactive art installation.

In the final reports, scientists on ground and User Support and Operation Centres throughout Europe reiterated their “big thank you” to Luca and the other astronauts for “their commitment to science and the high quality of the data we have received.”

Other experiments that will continue to run unattended after Luca’s departure are collecting bacteria for cleaner spacecraft, monitoring thunderstorms from space and understanding heat transfer in space bubbles.