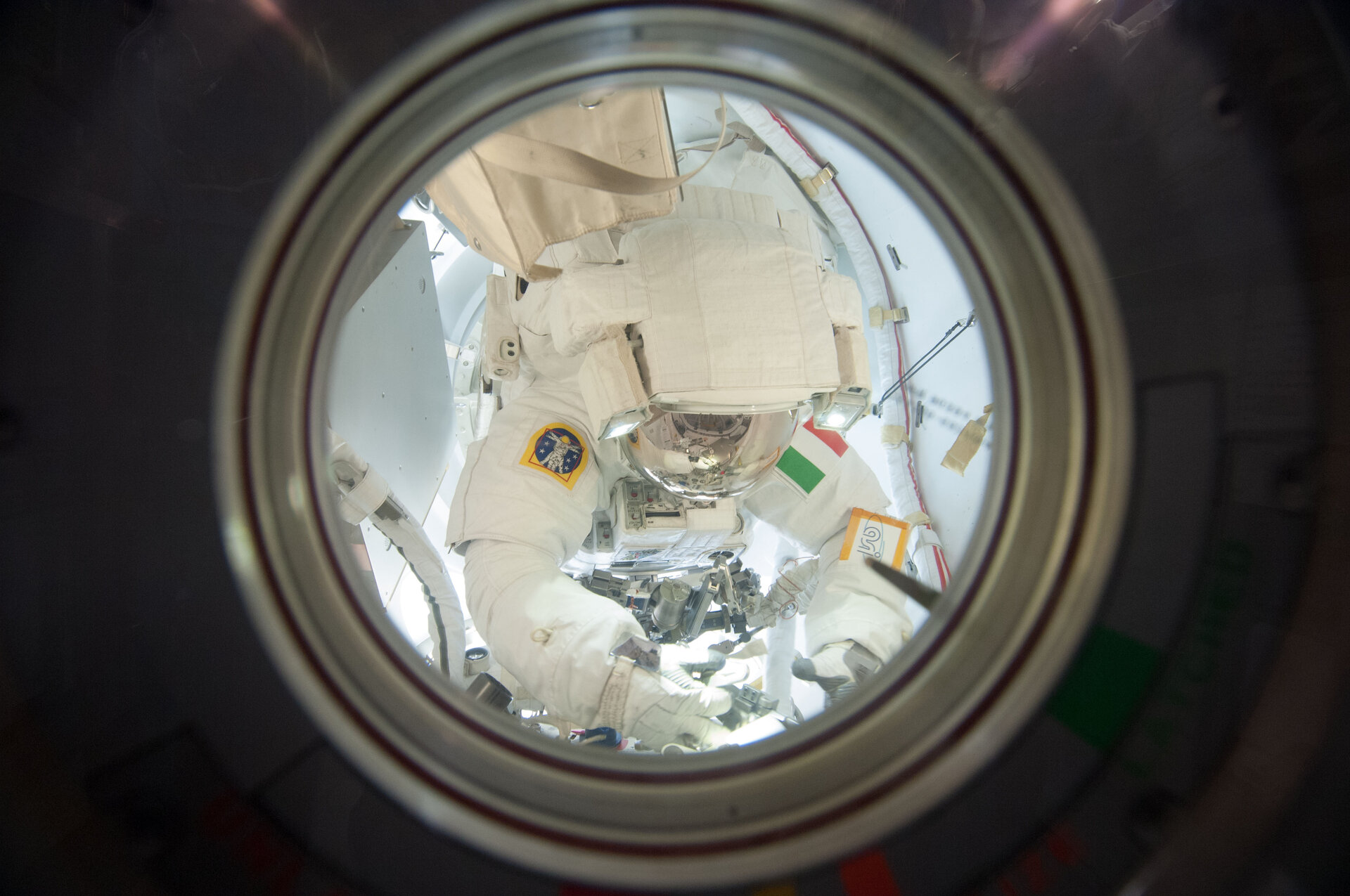 ESA's Italian astronaut Luca Parmitano faced an unexpected situation during his second spacewalk in July: water began to accumulate inside his helmet, forcing him and Chris Cassidy to end their spacewalk early and return to the airlock as quickly as possible. In zero gravity, water inside helmets can be extremely dangerous, because an astronaut could inhale it and even drown.

Luca talks about his experience in a new ESA video, and he gives a compelling first-hand account of the most frightening moments in his new blog entry, where he writes:

"Moving with my eyes closed, I manage to get inside and position myself to wait for Chris’ return. I sense movement behind me; Chris enters the airlock and judging from the vibrations, I know that he’s closing the hatch. At that moment, communication passes to Karen and for some reason, I’m able to hear her fairly well. But I realise that she can’t hear me because she repeats my instructions even though I’ve already replied. I follow Karen’s instructions as best I can, but when repressurisation begins I lose all audio. The water is now inside my ears and I’m completely cut off."

In the end, Luca was safe – just uncomfortable – once he was back inside the Space Station's airlock, about 1 hour and 30 minutes after beginning the spacewalk.

This event shows once again why nearly all astronaut training focuses on dealing with undesired situations. Fortunately, contingency situations such as this are very rare, but when something unexpected happens, all that time and effort put into good training really pay off.

Luca also demonstrated that the 2009 astronaut selection was right: he had nerves of steel in a life-threatening situation where many of us might have panicked.