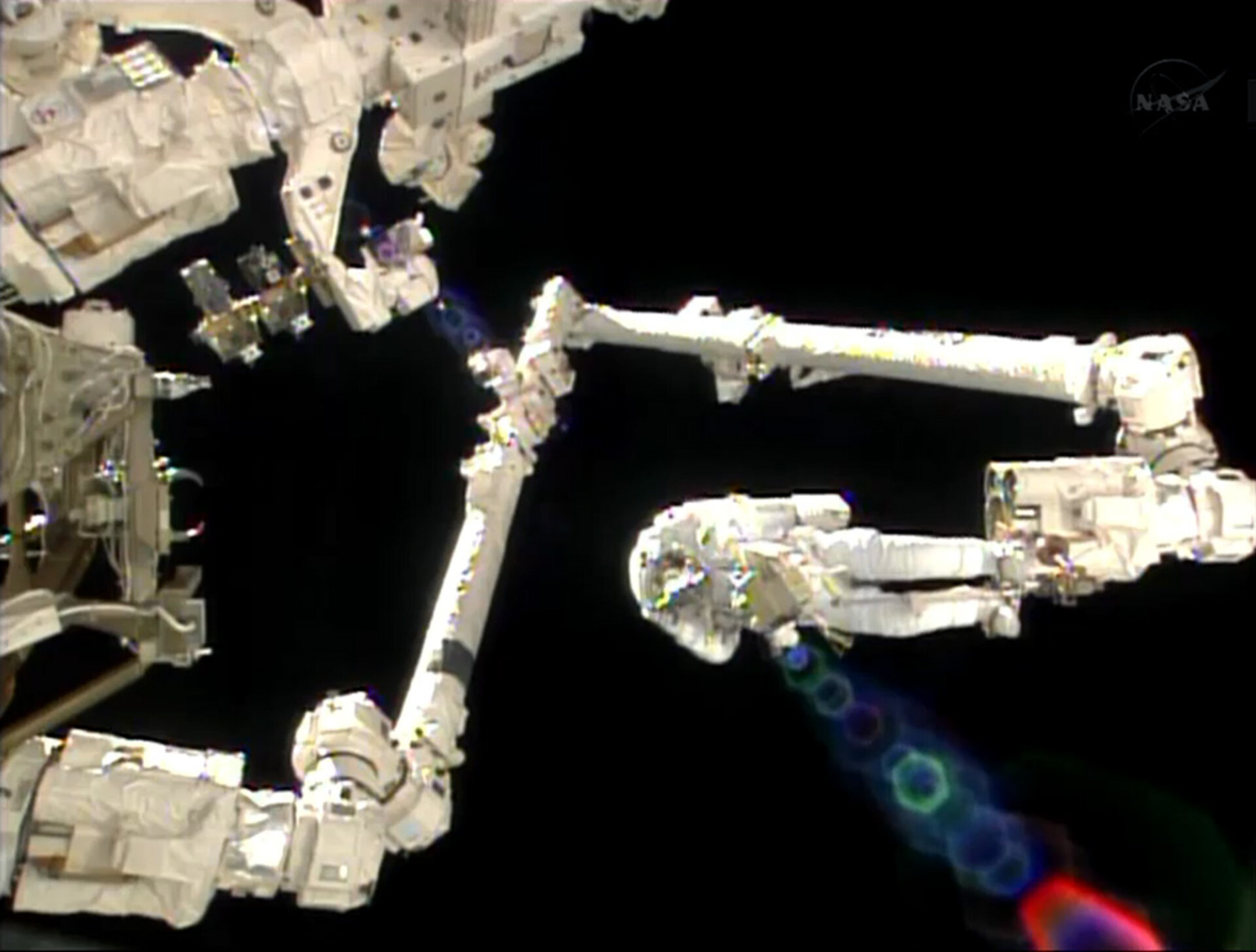 Yesterday, at 12:02 GMT, astronauts Luca Parmitano and Chris Cassidy switched their spacesuits to battery power and began their spacewalk outside the International Space Station.

The sortie was planned for six and half hours, but the astronauts proceeded faster than planned and had time for extra ‘get-ahead’ tasks, routing cables and staging equipment to help future spacewalkers. The final duration of Tuesday’s extravehicular activity was 6 hours and 7 minutes.

The highlight of the spacewalk for Luca was surely riding on the platform at the end of the Station’s Canadarm2 robot arm – this moment is shown in the image.

Operated by Karen Nyberg inside the Station, the arm moved Luca to the port side of the Station’s long central truss to remove a failed camera that will be returned to Earth for analysis.

Finally, Luca installed a multilayer insulation cover to protect the docking interface of the Pressurized Mating Adapter-2 on the Harmony module.

Luca and Chris will venture out to space again next week to continue work started during this spacewalk.