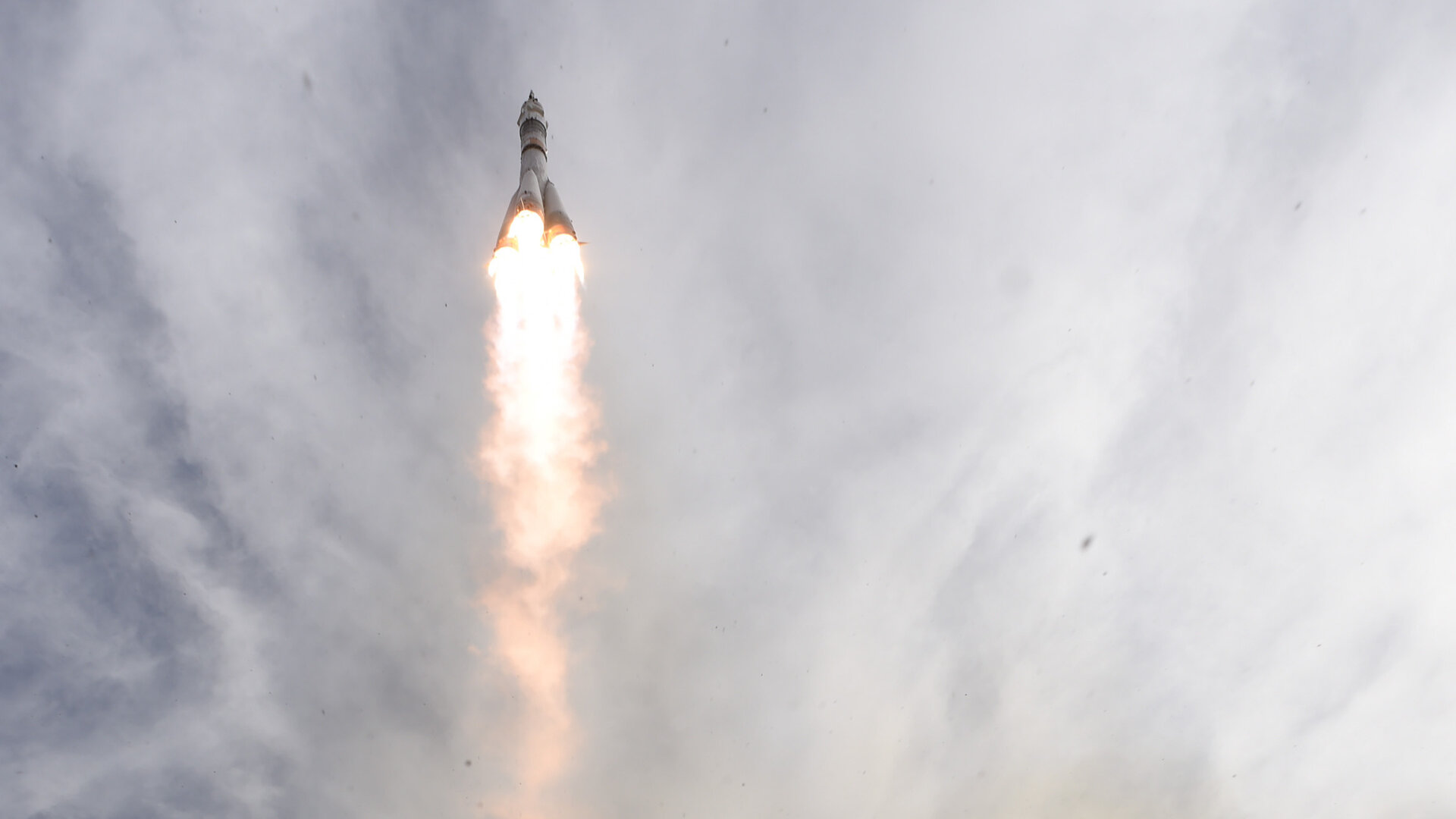 ESA astronaut Andreas Mogensen flew to the International Space Station as flight engineer of the Soyuz TMA-18M. He sat to the left of cosmonaut commander Sergei Volkov and acted as second in command providing information to Sergei during the six-hour flight to the Space Station. To the right was Kazakh cosmonaut Aidyn Aimbetov.

Most astronauts live and work on the International Space Station with their Soyuz attached that acts as a lifeboat in case of emergency. When their mission is finished they return to Earth in the same spacecraft that bought them to space.

Each Soyuz, as all spacecraft, are designed to work for a certain period of time and come with a space warranty guaranteeing their correct functioning. In the harsh environment of space, radiation, vacuum, mini-meteorites and large temperature differences push all equipment to its limits.

In 2015, two astronauts stayed on the Space Station for almost a whole year, more than their Soyuz ferry can safely stay in space. Mikhail Korniyenko and Scott Kelly needed a replacement Soyuz to return to Earth safely after their marathon stay.

Andreas’s mission replaced the Soyuz TMA-16M that flew Mikhail and Scott to the International Space Station on 27 March 2015.

When Andreas’s iriss mission was over he returned in the Soyuz TMA-16M with commander Gennady Padalka and Aidyn Aimbetov, flying under a different commander from his outbound flight on the TMA-18M. Sergei will return to Earth with Mikhail and Scott in Spring 2016.

Each Soyuz has custom-made seats that are moulded to the astronaut’s body to be as comfortable and safe as possible, absorbing the vibrations during take off and shocks of landing.

One of the first tasks for the Soyuz commanders after arrival was to swap the astronaut’s seat-liners to their new ferry.

Andreas was second-in-command for the return flight sitting to the left of his new commander as on the outbound journey to space.

As his mission was short Andreas did not need to readapt to Earth’s gravity and returned to his homebase at ESA’s astronaut centre in Cologne, Germany, from the landing site in Kazakhstan.