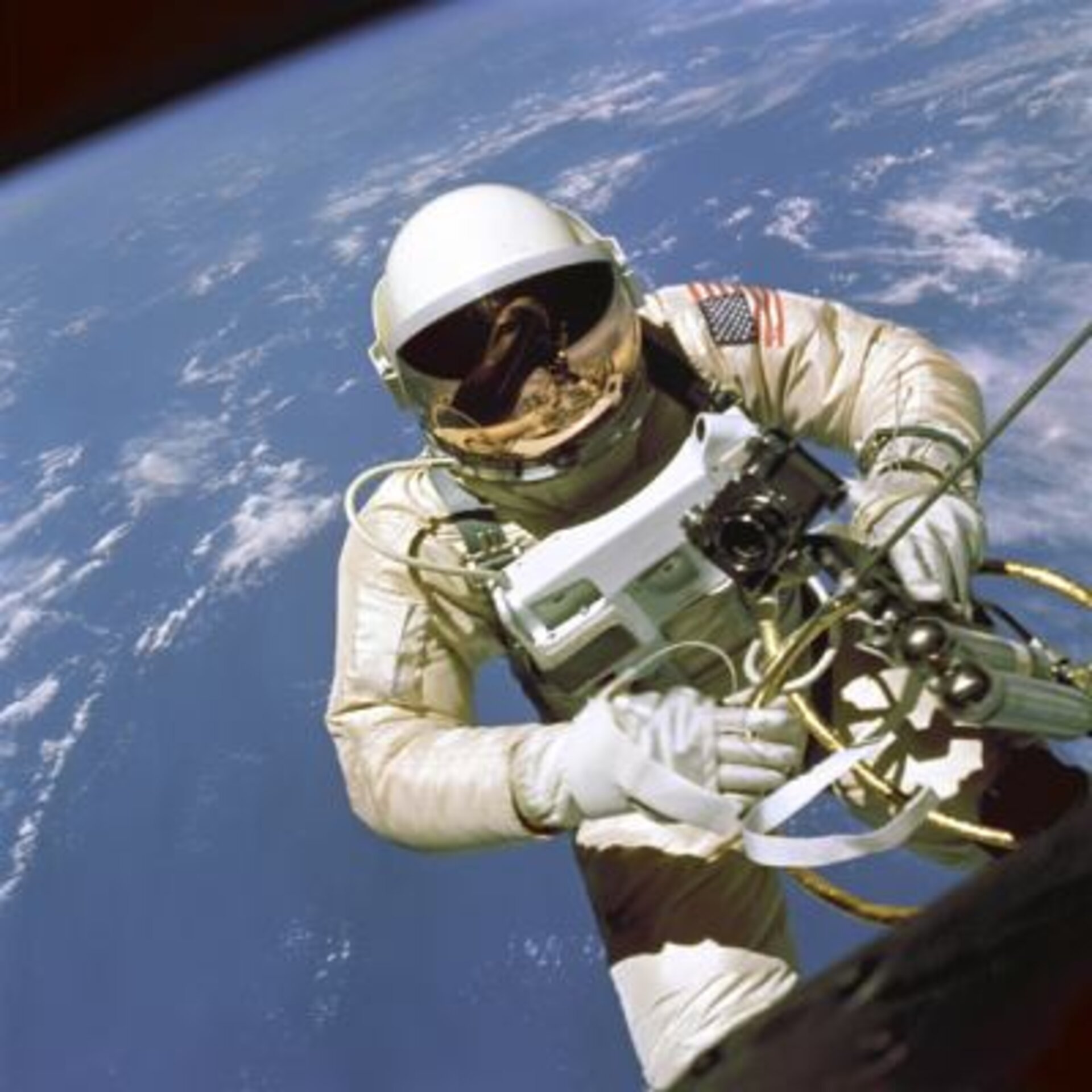 White was the first US astronaut to walk in space, on board Gemini 4, launched on 3 June 1965. During the third orbit, White emerged from the spacecraft, floated in space for about 20 minutes, and became the first person to propel himself in space with a manoeuvering unit.

Two years later, on 27 January 1967, White was one of the three-man crew of Apollo 1, who were killed in a fire on the launchpad during a test of their capsule.