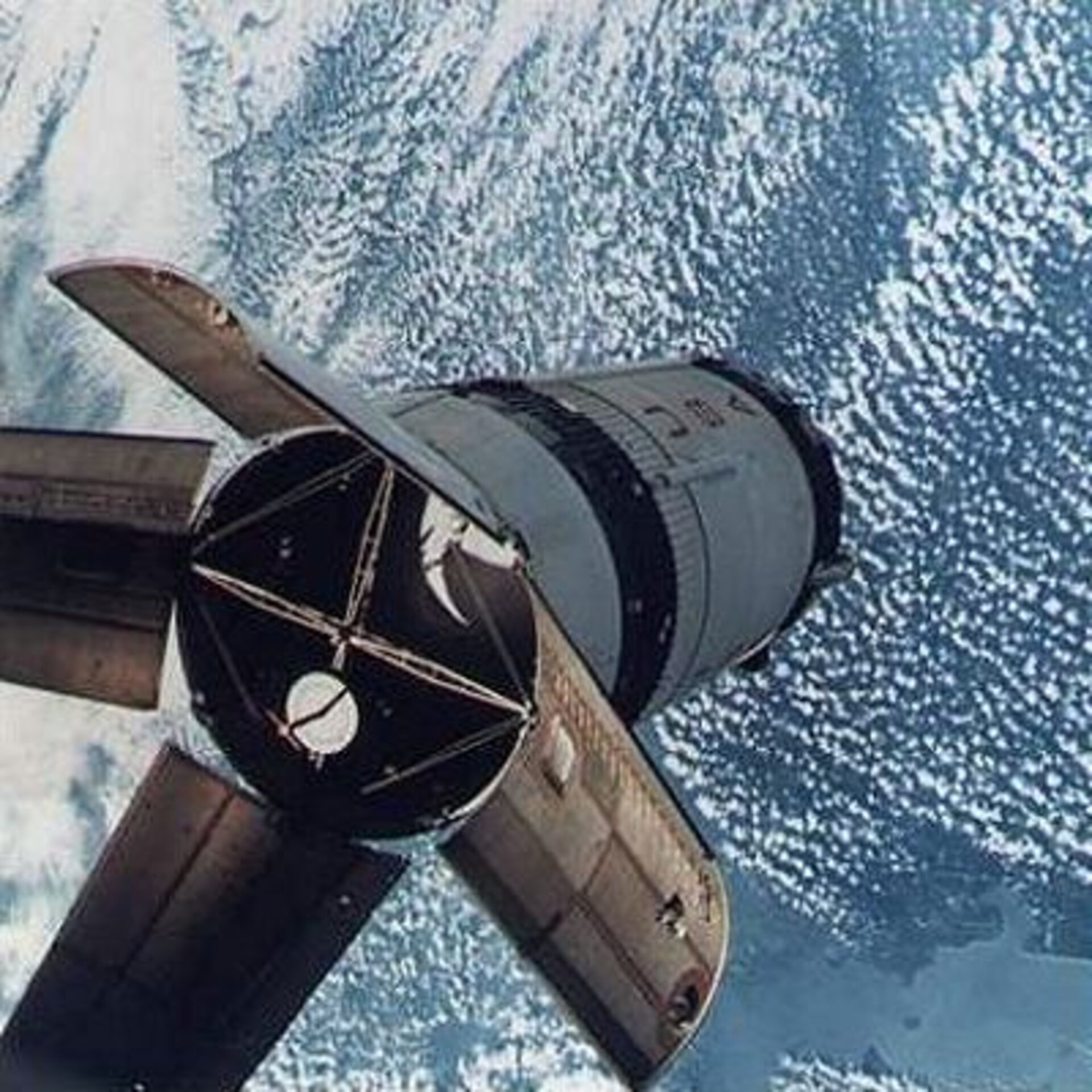 NASA astronauts Walter Schirra, Donn Eisele and Walt Cunningham showed views of the inside of the spacecraft and out of the windows.

Apollo 7 was launched on 11 October 1968. For nearly 11 days, the Apollo Command Module was run through numerous tests. It was recovered after a 260-hour flight and 163 orbits.