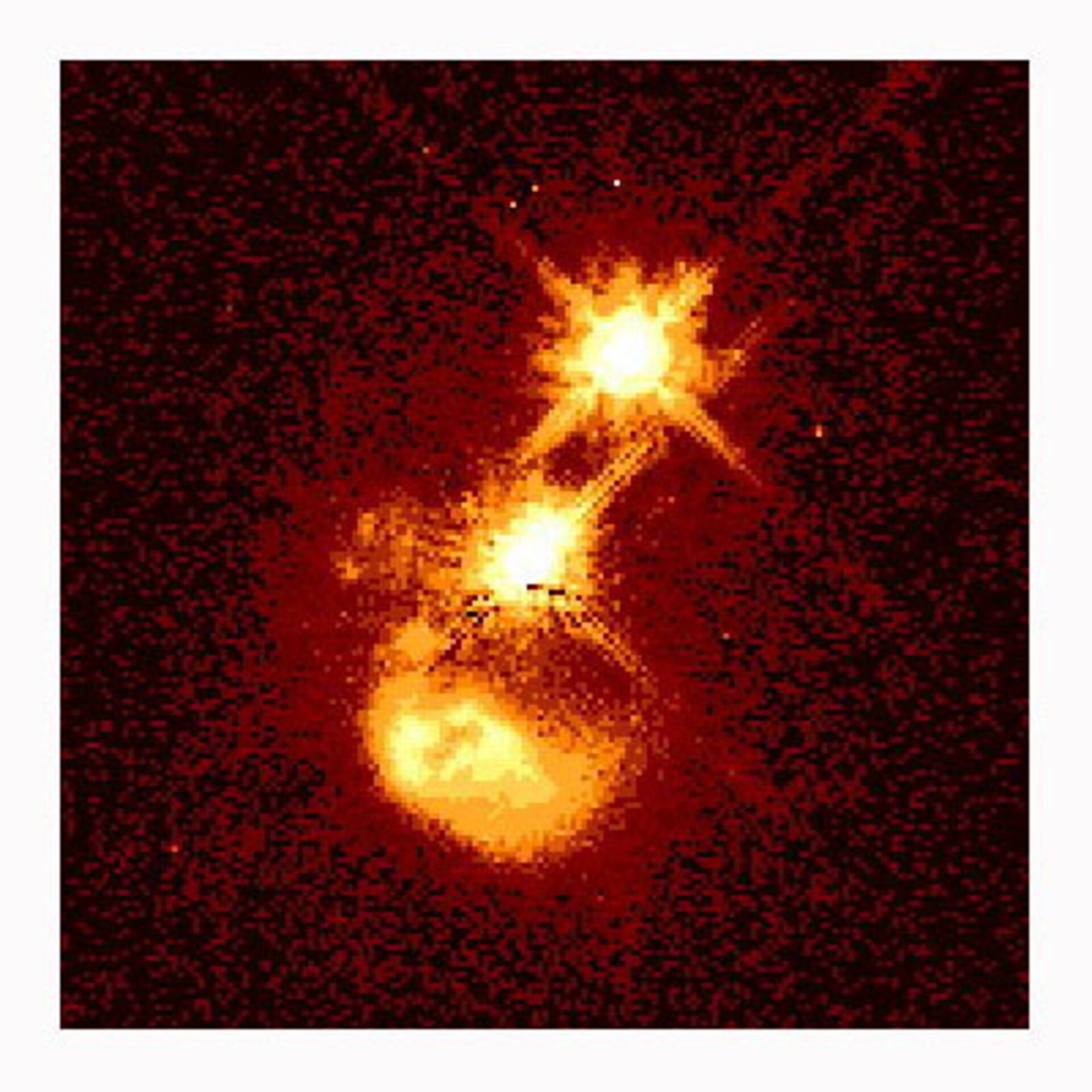 Sandage was an American astronomer who, together with Thomas A. Matthews, saw the first visible 'quasi-stellar radio source' (quasar).

A quasar is a star-like object that is a strong emitter of radio waves. Although quasars emit more-intense radio waves and ultraviolet radiation than a typical star, in visible light a quasar is just a faint star.

Sandage and Matthews saw the first quasar in 1960.

Lassell was a wealthy amateur English astronomer. He set up an observatory near Liverpool. England, built his own 24-inch diameter telescope, and devised steam-driven equipment for grinding and polishing the speculum metal mirror. This telescope was the first of its size to be mounted to allow easy tracking of the stars.

With his telescope, he discovered Triton, a moon of Neptune, and Ariel and Umbriel, satellites of Uranus.

1178: On 18 June 1178, about an hour after sunset, an English monk and four other eyewitnesses watched as the upper horn of the bright, new crescent Moon 'suddenly split in two'.

The monk, Gervase of Canterbury, further wrote: "From the midpoint of this division a flaming torch sprang up, spewing out... fire, hot coals and sparks... The body of the moon, which was below writhed... throbbed like a wounded snake."

In 1976, a geologist suggested that this was consistent with the location and age of the 22-kilometre lunar crater Giordano Bruno. However, such an asteroid impact would have ejected debris causing an astonishing meteor shower, which was never reported. Now the sighting of 1178 is attributed to perhaps an exploding meteor that just happened to line up with their view of the Moon.