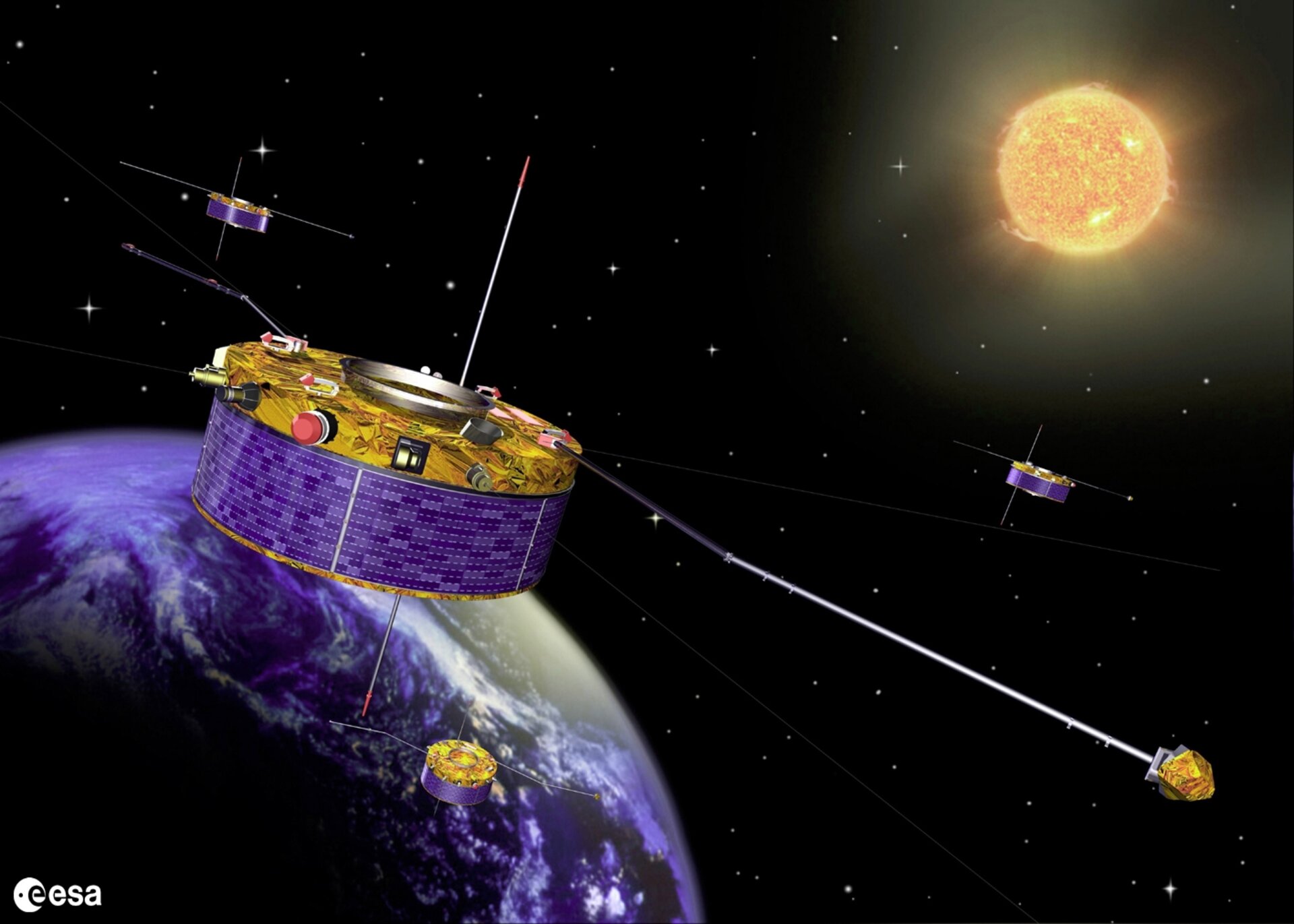 2003: On 20 May 2003, ESA announced that its four Cluster spacecraft had made a remarkable set of observations that led to a breakthrough in understanding the origin of a peculiar and puzzling type of aurora.

These aurorae - seen as bright spots in Earth's atmosphere and called 'dayside proton auroral spots' - occur when fractures appear in the Earth’s magnetic field, allowing particles given out from the Sun to squirt through and collide with the molecules in our atmosphere. This was the first time that a precise and direct connection between the two events had been made.

2003: On 20 May 2003, ESA's SOHO team announced findings that may overturn previous ideas about the origin of the 'fast' solar wind, which occurs in most of the space around the Sun.

Careful observations with SOHO now suggest that most of the fast wind leaves the Sun via the plumes themselves, which are denser than their surroundings. The SOHO team tracked gas rising at about 60 kilometres per second to a height of 250 000 kilometres above the Sun's visible surface.

This picture for the Faint Object Camera was the culmination of several weeks of intensive check-out and testing of the camera, following the launch of the Hubble Space Telescope on 24 April 1990.