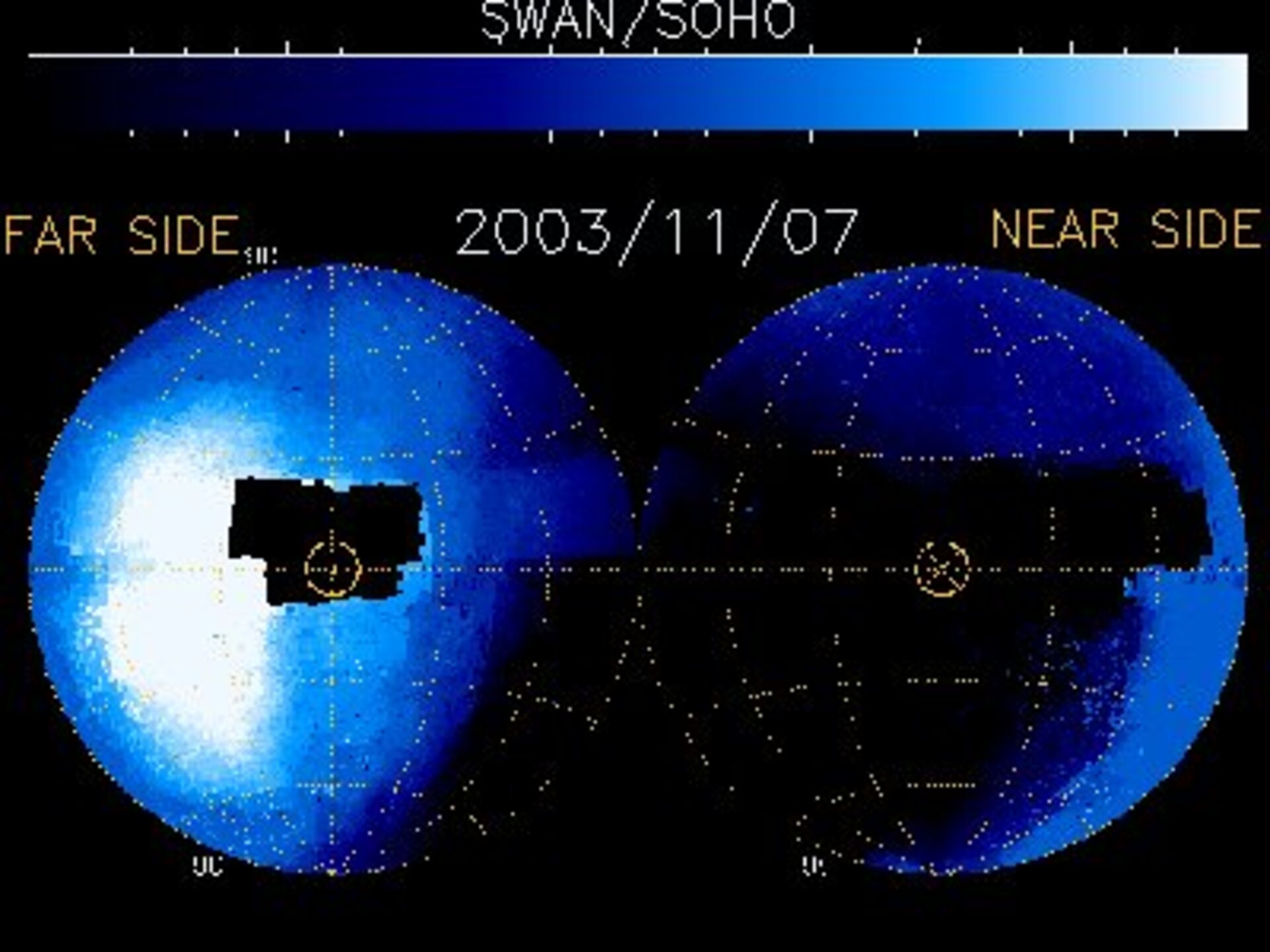 1999: On 22 June 1999, a European team of scientists unveiled a discovery about our Sun - they had found a way of studying the hidden far side, allowing them to predict the imminent appearance of solar storms originating out of view behind the Sun.

The joint ESA/NASA SOHO mission, using an instrument called SWAN, showed how projections of sunspots on the far side of the Sun rotate through the sky in time with the Sun's own rotation. These sunspots ultimately emerge on the eastern (left-hand) side of its visible surface. This discovery proved useful in predicting solar storms.