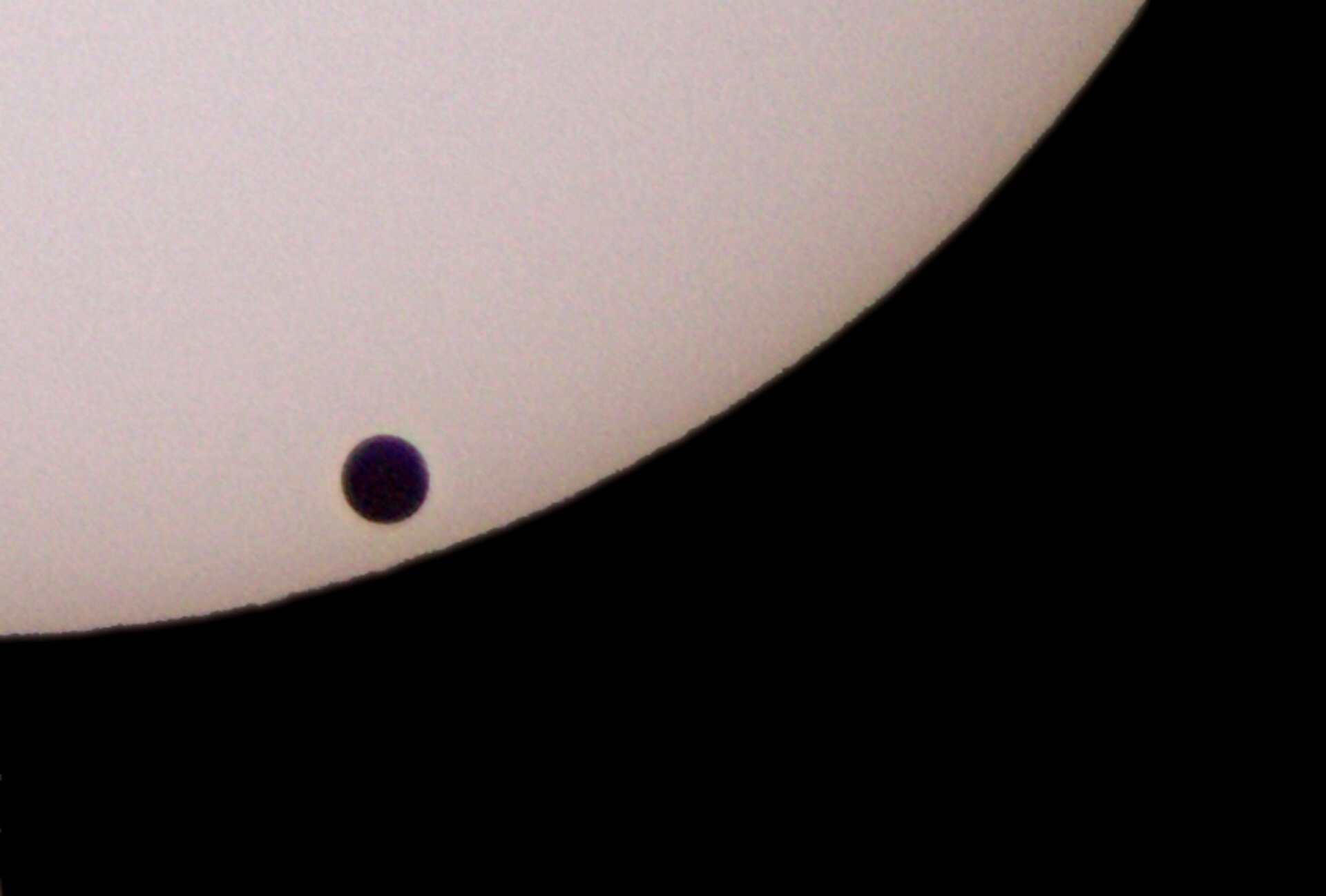 1639: On 24 November 1639, Jeremiah Horrocks, an English astronomer and clergyman, measured a transit of Venus, the first ever to be observed.

Applying Kepler's prediction that in 1631, Venus would transit the Sun, Horrocks calculated that these transits occurred not singly but in pairs eight years apart. Thus, Horrocks prepared his equipment for the next transit he had thus predicted for this day.

His simple telescope was mounted on a wooden beam, so he could project a solar image onto a piece of paper marked with a six inch graduated circle. From this, he made measurements and calculated that the value for the solar parallax was smaller than previously recorded, and so concluded that the Sun was further away from Earth than previously thought.