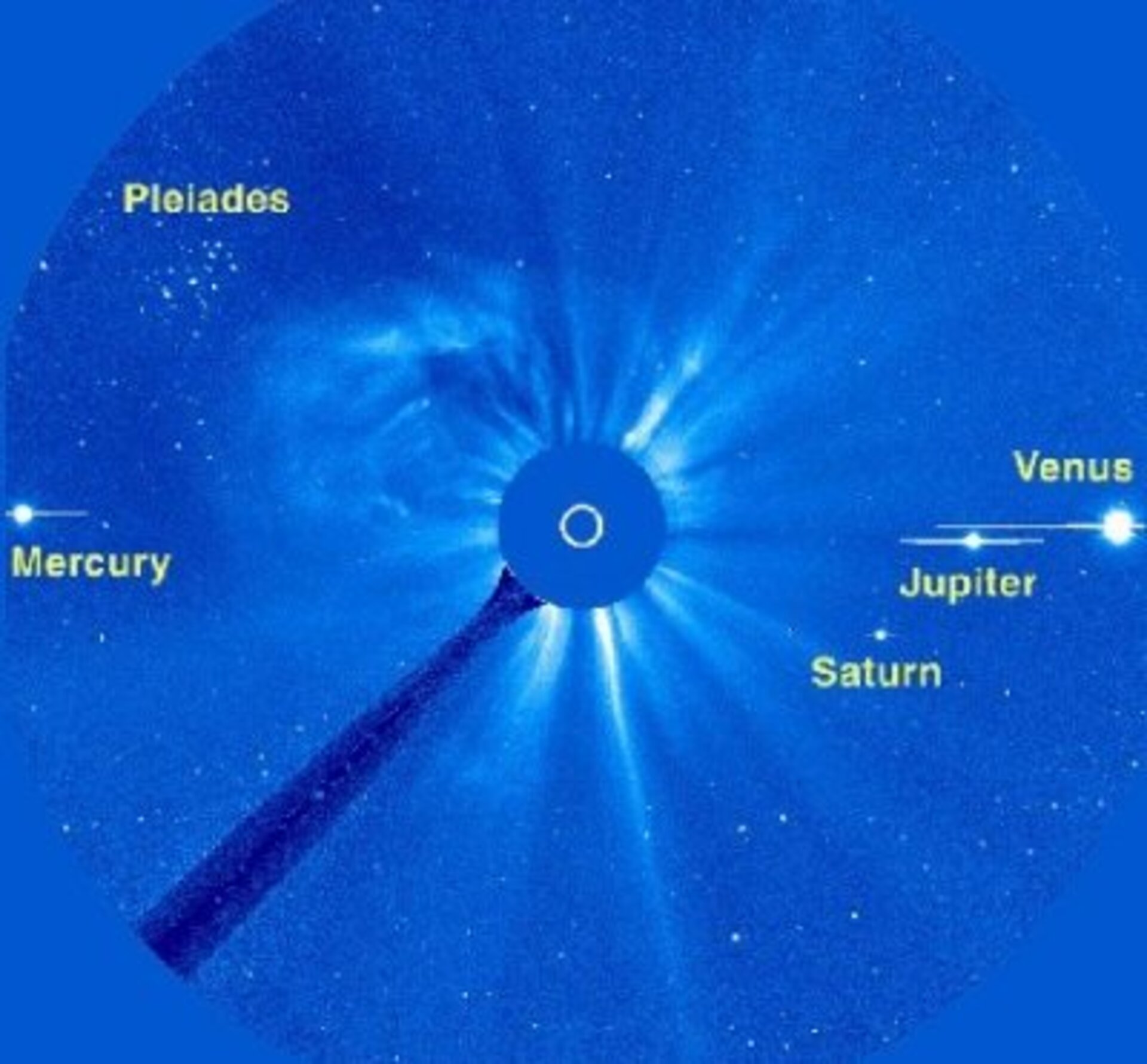 2000: On 8 May 2000, the ESA/NASA SOHO mission began to take images of a rare planetary line-up, invisible from Earth.

SOHO focused its imager on Saturn, Jupiter and Mercury, which along with Venus and Mars would line up at their closest convergence on 17 May. The line-up of planets fascinated amateur astronomers around the world. Eight major bodies in the Solar System - the five brightest planets, the Earth, Sun and the Moon - were all aligned within 26 degrees.

SOHO squeezed in four planets in one camera viewfinder on 15 May 2000: Venus, Mercury, Jupiter and Saturn. Mars was just out of shot.

Earth observers could not see the converging planets, which disappeared in the glare of the Sun. SOHO could see it because it blocks out direct rays from the solar surface with its Large Angle and Spectrometric Coronagraph (LASCO). LASCO usually watches for outbursts from the Sun's atmosphere. It also sees stars beyond the Sun and has discovered many comets.